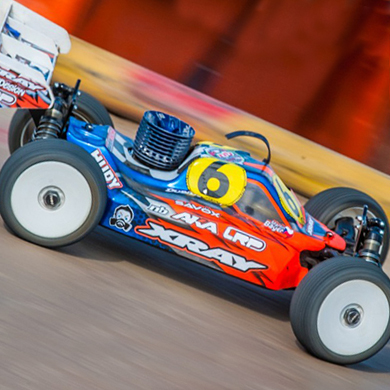 If you follow RC racing, you probably heard about AKA’s dismissal of Martin Bayer from their roster of sponsored drivers after the IFMAR Worlds in Messina, Italy. Bayer was dismissed after he chose to run Pro-Line tires instead of AKA rubber in the final Main, where he finished fifth. We won’t get into the nitty-gritty of the Bayer/AKA case (go here and here if you want more on that), but it does raise the issue of sponsored racers, what they mean to RC, and what our expectations should be of them. 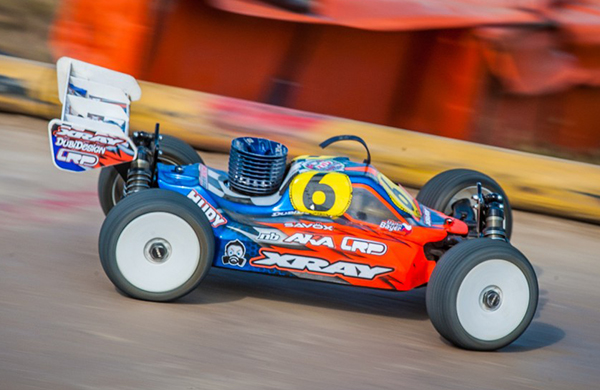 Martin Bayer was released by AKA after he drove to fifth overall at the IFMAR Worlds on Pro-Line tires.

First, let’s be clear about what sponsorship is not, and that’s charity. Many a noob has asked, “how do I get sponsored?” and the answer is, “you don’t, because you have nothing to offer a sponsor unless you can win big races.” Sponsored drivers earn their free equipment and/or paychecks by winning races and putting their sponsors in the winner’s circle, so the sponsor can hold up their products as the best. If you want to know what gear is literally the most capable of winning races, look no further than what the pro’s use to win their National and World titles.

And so, it’s very disappointing when pro drivers elect not to use their sponsor’s gear, then win a race and attribute their performance to equipment they didn’t actually use. Thankfully, this was not the case with Martin Bayer–the winners’ chart for the IFMAR Worlds shows “Pro-Line” in the tire column for Bayer, which is frustrating for AKA but is the right thing to do for all of us who want to know which brands performed best at the Worlds. However, it is all too common for pro drivers to use brands other than their sponsor’s in the pursuit of a win, while the sponsor’s product gets the credit.

Is this OK? Some might argue that it’s “the way it is,” and pro drivers need to do what it takes to win. I disagree heartily. A sponsored driver should win or lose with the gear he is paid to use (and getting it free counts as payment). If he doesn’t use the gear from his sponsor, he should disclose which products he actually used. If you’re a sponsored driver and that makes you say, “but then I’ll lose my sponsorship,” then all the more reason you should just use your sponsor’s gear. Better yet, give them feedback to improve it. 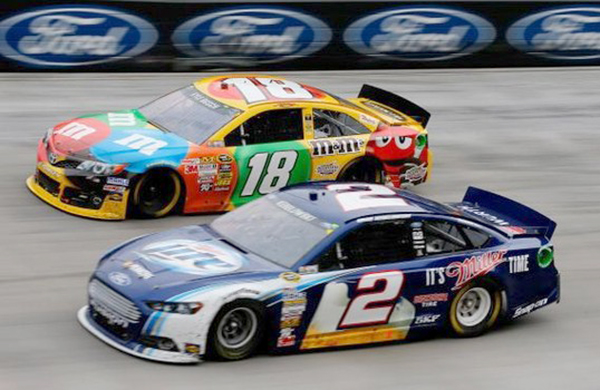 It’s safe to say no one is deciding between a Ford Fusion and a Toyota Camry based on NASCAR results. The brand exposure is good for Ford and Toyota, but no one thinks these are the cars you’ll find at the showroom. Photo by Jared Wickerham/Getty Images via examiner.com

Any less is a disservice not only to your sponsors, but to everyone who buys RC gear. Unlike much of “full size” racing, where the cars doing battle don’t represent vehicles we can actually buy, the majority of top-level RC racing is done with gear you and I can purchase ourselves. If any NASCAR follower thinks a Ford Fusion is a better car than a Toyota Camry because Brad Keselowski ’s “Fusion” is ahead of Kyle Busch’s “Camry” in the Sprint Cup standings, they’re a dummy. But in RC, the top pros race with equipment you can also find at your local track. When you see “Hot Bodies” or “Kyosho” or “TLR” on the side of the car, that’s not just a decal. Unlike the aforementioned “Fusion” and “Camry,” that logo represents a car you can buy. And so, winning matters.

Racers want to buy the brands and products that win. And even if you don’t race, it’s understood that the brands and products that win deserve your dollars because they must be the best. That’s why we list the gear the winners used in our race coverages—it matters to RC consumers. You can bet a lot of 1/8 scale buggy racers are seriously considering a Hot Bodies D812 for their next buggy. And why not—it’s what won the Worlds. That’s why Hot Bodies, and Pro-Line, and O.S. Engines, and other sponsors are paying Ty Tessmann to run their gear and covering the huge expense of flying him around the world to race. Ty’s sponsors want him to win with their gear, which demonstrates it can win at the highest level, which tells Joe Racer it’s a smart choice for him…and that means Hot Bodies, Pro-Line, and O.S. sell more cars, tires, and engines. This is the logic that drives all sponsorships. 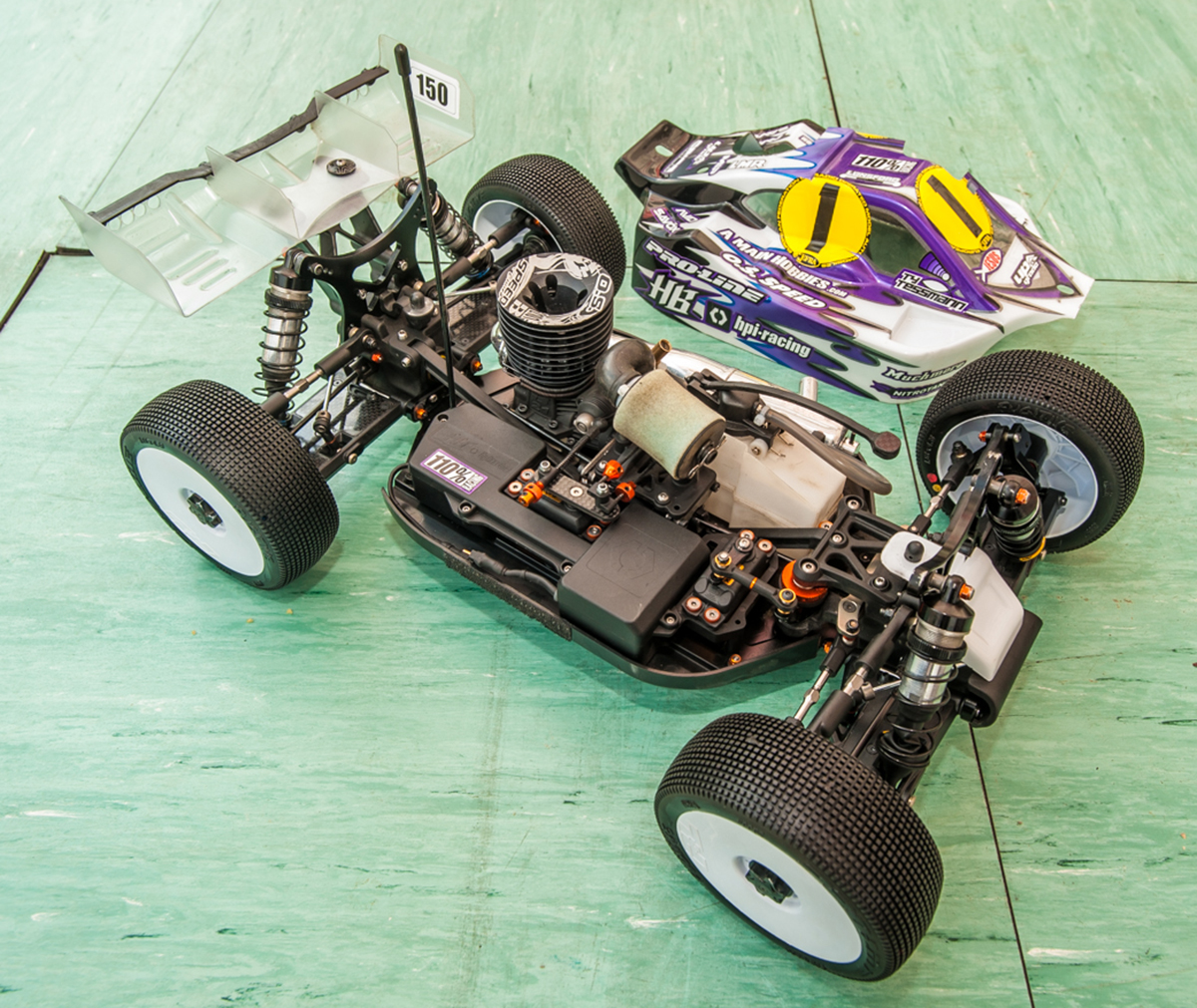 Want to see what won the Worlds? It’s all right here.

If a driver is sponsored by Brand X, and allows himself to be presented as having won with Brand X, but actually used Brand Y, that’s just wrong. It’s even worse if the sponsor is a willing participant in the deception, and is happy to let another brand stand in for them while they reap the benefits of an un-earned win. That brand needs to spend less money on bogus sponsorships and more money developing products that can win.

Sponsored drivers, use your sponsors’ gear. If it’s not good enough to win, then help them make better stuff that can get the job done. We care about the gear you use to win, so please, keep it real.