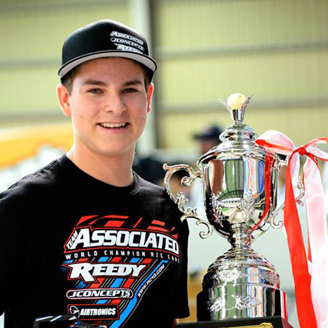 The 2015 IFMAR World Championships is delivering all the excitement and fast racing that befits an event of this magnitude. With the final race of the triple A-mains history, it is Team Associated’s Spencer Rivkin who has taken the 2WD buggy title in dramatic fashion. But, it wasn’t easy and everyone was on the edge of their seat for this one. With Jared Tebo winning the first main, and Rivkin taking the second, it was anyone’s guess who would win as the start of the third main got under way. The young sixteen year old is living up to his hype and showing everyone that his speed can be backed up with consistency and the killer instinct needed to win a World Title. As the final main got under way, Rivkin found himself chasing not only Tebo who started clean from the pole, but fellow teammate Neil Cragg who was also showing good form and great speed. However, Cragg’s position wouldn’t hold and a crash sent him back, leaving the real battle for the overall between Rivkin and Tebo to be settled on the track in true racing. With the final winding down, Rivkin kept closing the gap and started pressuring Tebo who made the mistake he was waiting for and moved in to the lead where he would hold to the end. An exciting 2WD World Championship Title and something Rivkin, who is known for his work ethic, could finally claim his own (photos courtesy of RedRC.net). 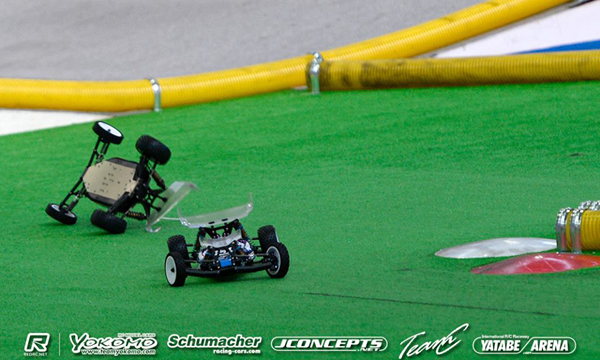 The crash that sent Tebo back and Rivkin up to the front, where he would stay to win the 2WD World Championship title. 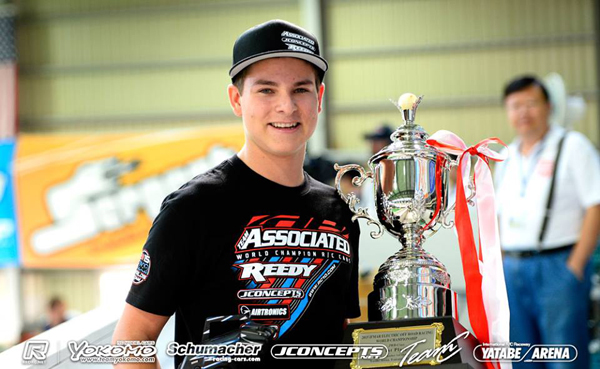 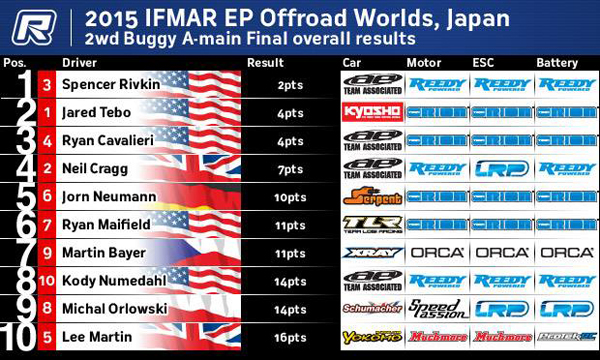