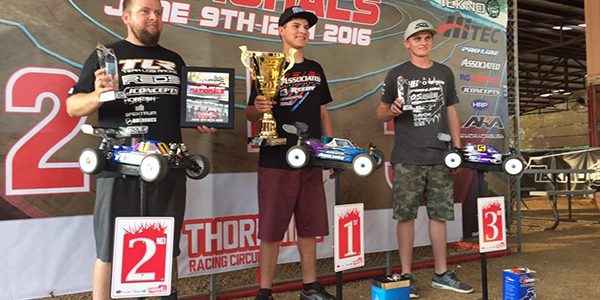 Current 2WD EP IFMAR World Champion and Team Associated Factory Team Driver Spencer Rivkin has been on a roll lately and now has the 2016 ROAR Nitro Buggy National title to call his own after his impressive display of driving this past weekend at the Thornhill Racing Circuit in Hutto, TX. . Starting from second on the grid, the young talent made his way around TLR’s Mailfield (TQ) to the front early on just the second lap and held on to the end in the hour long main. Mailfield secured the second spot after what he explained was a confusingly “totally different buggy then what I drove all weekend.” Whether it was a change in tires or new clutch he couldn’t figure out, but the result is the same. Two-time defending ROAR National Champion Ty Tessmann of Hot Bodies finished in a frustratingly third, and although he was a heavy favorite going in to the event, never showed the typical domination of the past and couldn’t post up a single qualifying TQ run. 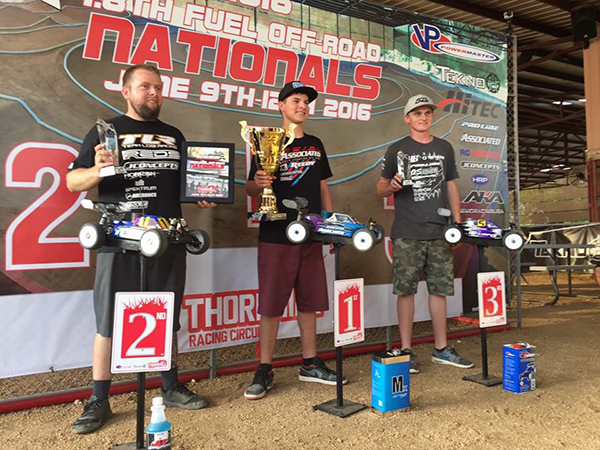 In the Truggy Class, Maifield took the win from his TQ spot on the grid and would not be denied in a well-deserved win. The real drama was with Tekno’s Ryan Lutz who earned second place overall, but a subsequent check of weight in post-race inspection showed his Truggy had lost some weight due to tire wear and would then be deemed illegal and DQ’d moving Team Associated’s Ryan Cavalieri in to second with Hot Bodies’ Ty Tessmann in third once again. 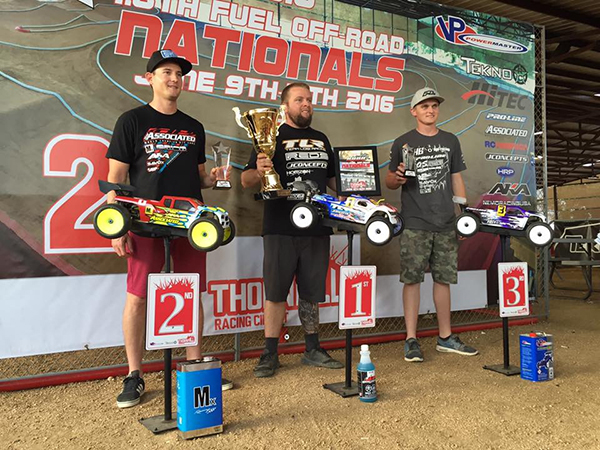