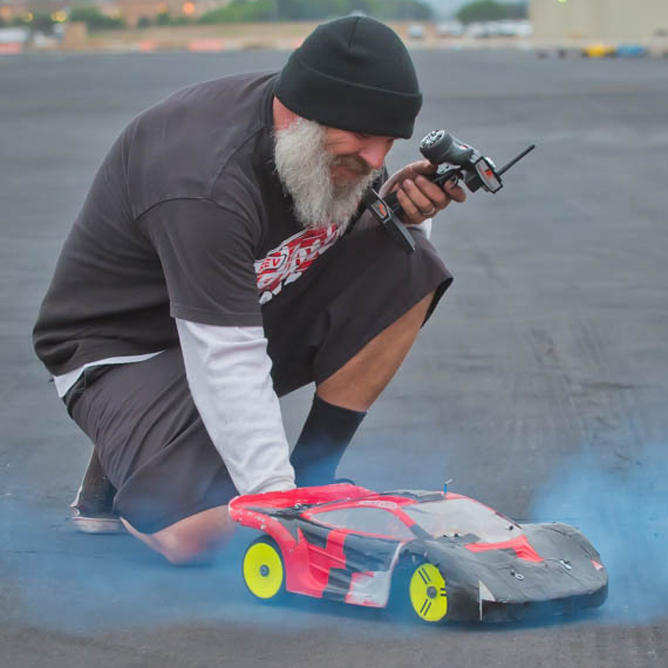 This past weekend the Camarillo airport in SoCal saw insane speeds on their tarmac runway and it wasn’t from the daily plane traffic. A High Speed Run Challenge put on by the folks over at Poseidon, known for their high power brushless motors, opened the doors for anyone attempt a run for the official record books. Ran using ROSSA (Radio Operated Scale Speed Association) rules, this event saw many participants, who included current 202mph Guiness World Record holder Nic Case, bring out their high speed machines. The format was simple, run when you’re ready and go as fast as possible. Look for full coverage soon in RC Car Action. 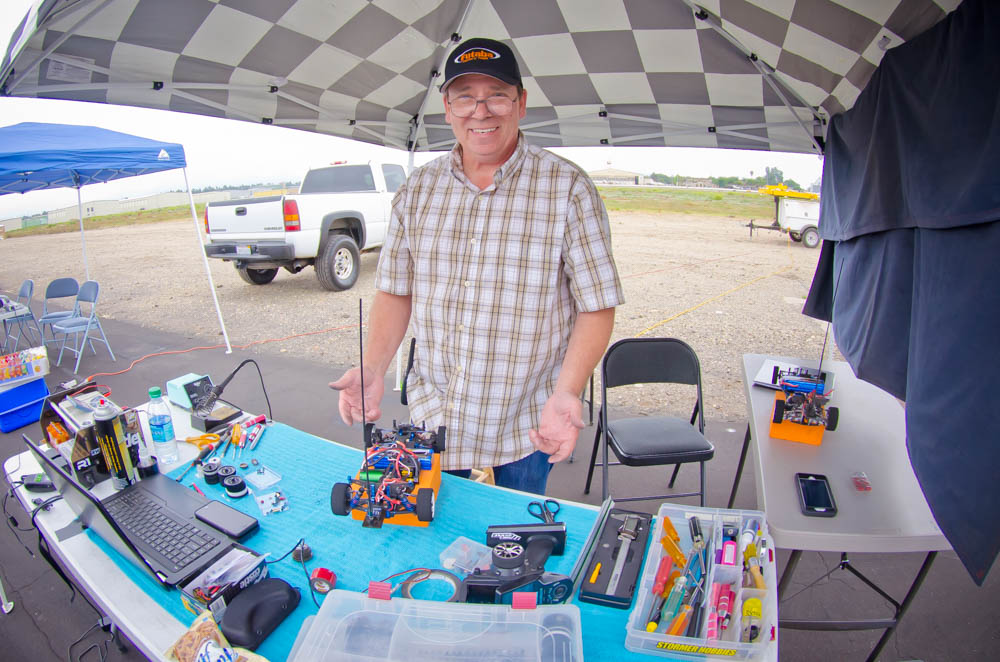 Nic Case was on hand trying to break the 2wd, 2-Cell LiPo 118mph record. Unfortunately some bumps on the runway allowed him to stick a run of 106mph. 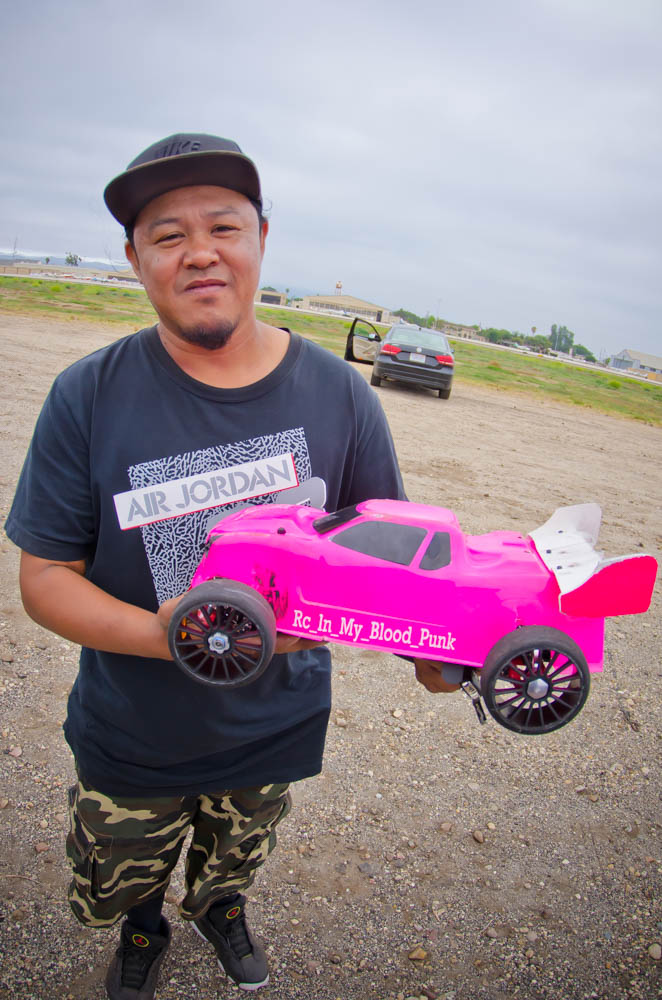 Cesar Lopez’s speed machine started life as a Traxxas Rustler. With all the mods he bolted it on, he transformed it into a 102mph missile. 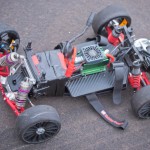 There is a bit of Rustler left under all the carbon fiber and aluminum modifications. 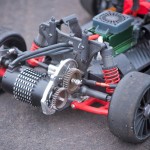 Tall gearing is the norm to get max speed out of your run. 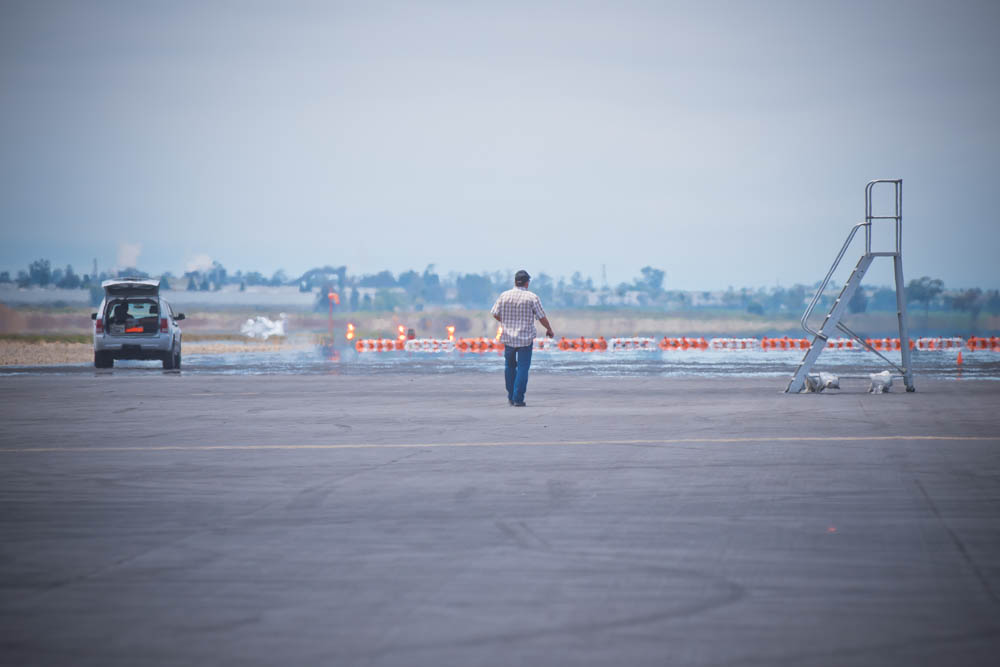 Before a run, Nic Case’s runner drove his car to the beginning of the 2000 foot long section of runway while Nic manned the tall platform for maximum radio signal. 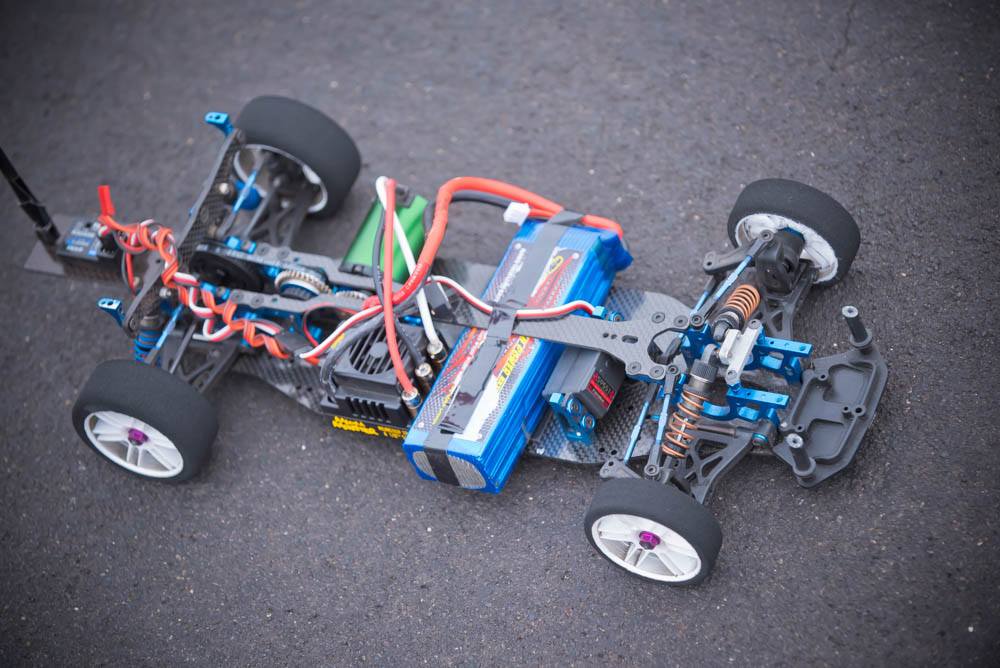 Nic Case’s 2wd 2-cell LiPo car is an Associated TC6. With only the rear drive belt installed, Nic removed the front drivetrain and custom made a front suspension to fit under the GTP type body. To help him track straight as an arrow, a spool is used instead of a differential. A metal spur and pinion gear are needed to survive a 100mph+ run. 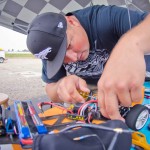 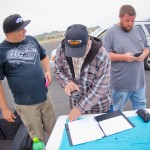 Nic kept meticulous records of all his runs. 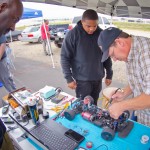 Here’s Nic helping out fellow competitors with some soldering. 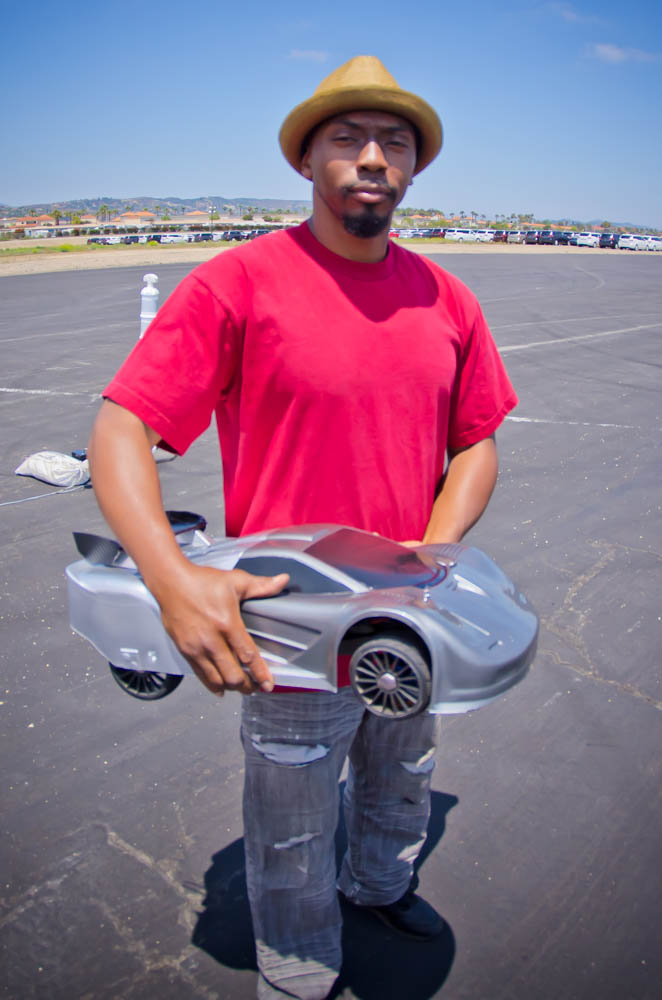 John Pompey is a local fast guy who regularly pilots his 4wd Slash to speeds upwards of 125+mph. 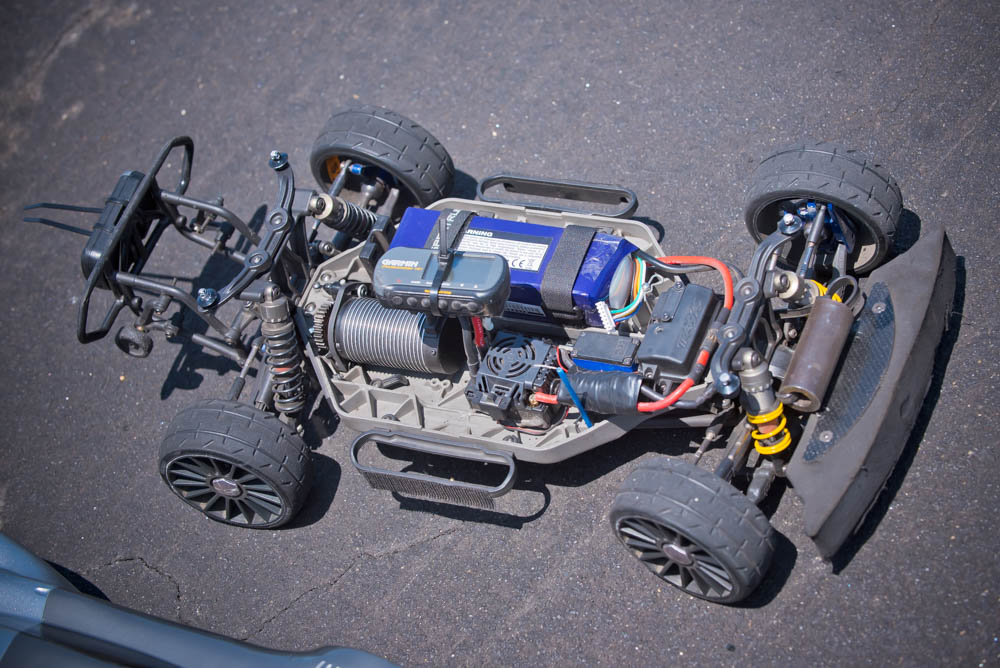 Raise your hand if you have a Traxxas 4wd Slash. John Pompey’s Slash is basically in stock configuration. Just add a big horsepower motor, a 6-cell LiPo and tall gearing and you too could start making speed runs of your own. 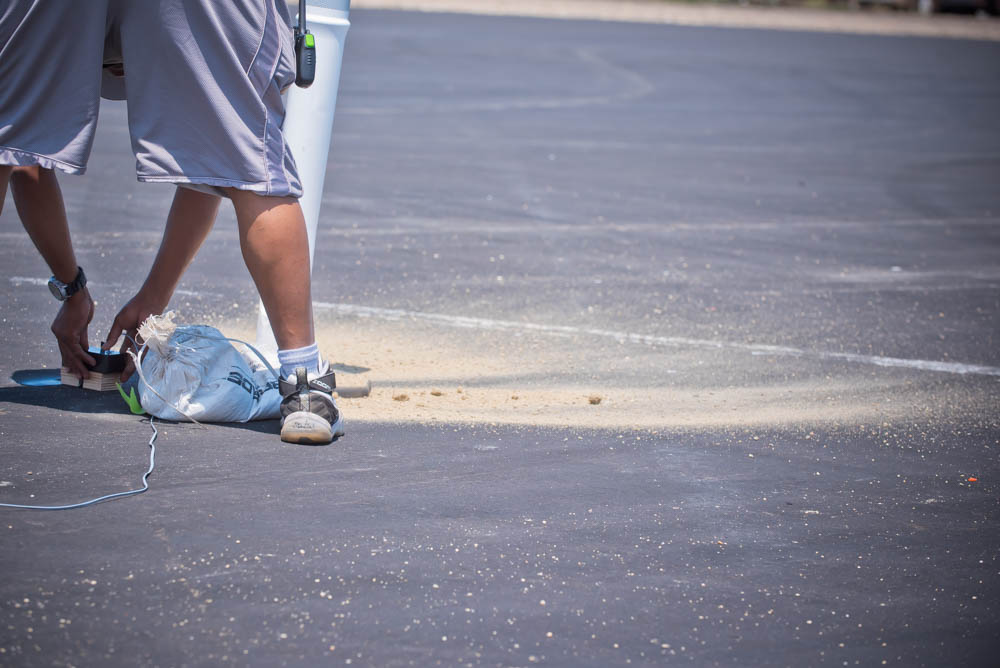 Crash aftermath. Event Organizer, Byron Hamilton, fixes a sand bag that protected his timing system that was taking out by a 125mph participant. 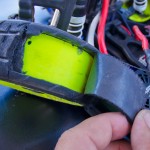 One of the biggest problems you’ll run into when attempting speed runs is keeping your tires from disintegrating. 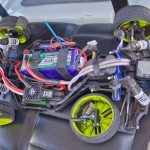 Carnage! This poor car and a barrier had a disagreement. 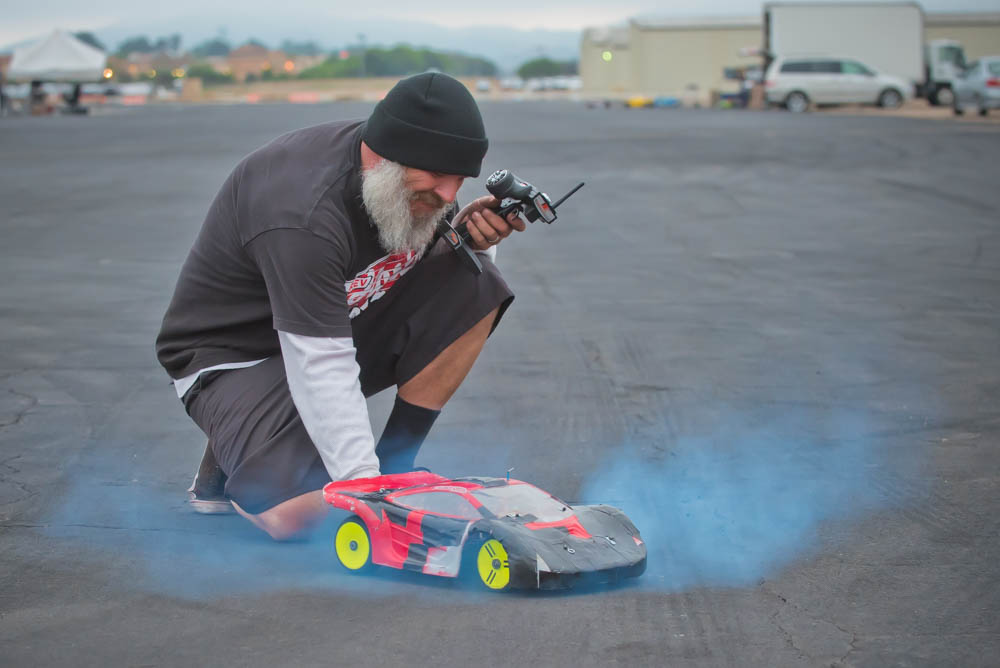 Donnie Fisher preps the tires on his 8-cell, 2wd Slash monster by doing a burnout. He would go on to put down a 125mph run.