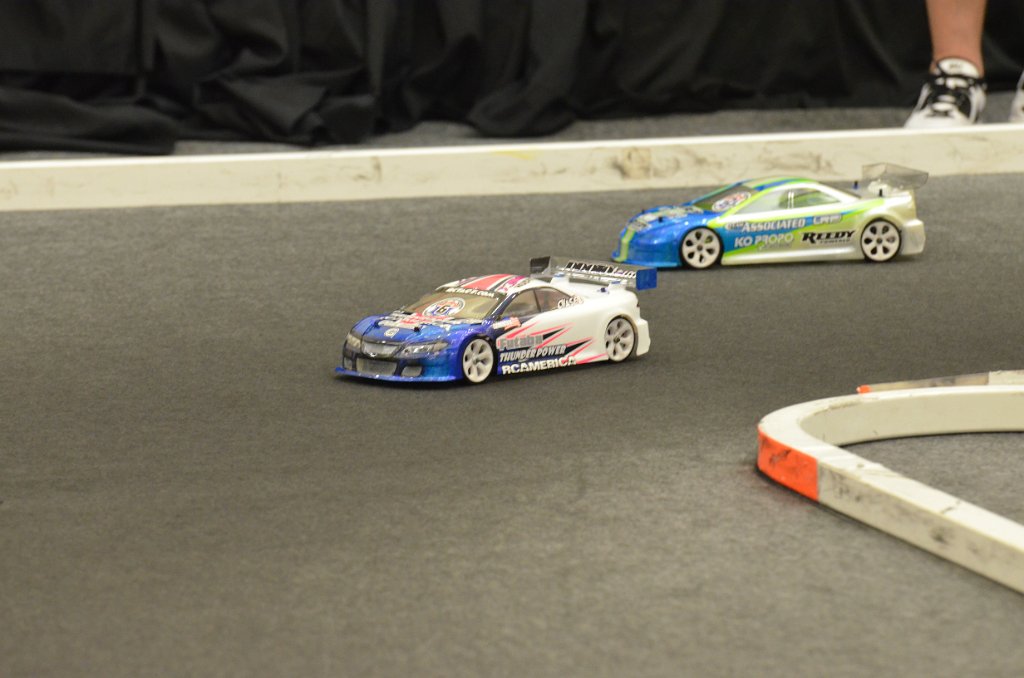 Words by Greg Sharpe
Photos by Greg Rojna of RCActionPics.com

Thursday: The excuses end as the racing begins
At 7am this morning, on-road racing officially got under way for what is always the long day for these classes. On-road runs two rounds of qualifying in a row each year on Thursday, while oval only runs one round. Conversely, oval gets their long day of two rounds tomorrow (Friday). As every on-road racer got the first pass in the books, a mix of relief, elation, and misery set in for racers of varying levels of luck. Having two rounds of qualifying can be a double edged sword, as TQ in each class had to hang on for both rounds before relaxing for the day, and anyone who wrecked in round #1 had another chance to redeem themselves later in round #2. The action was intense right from the get go with extremely close times in most classes, but that’s what happens with so many talented racers under one roof for a week of competition. The day eventually wound down for the on-road racers who promptly ate dinner and got right back to wrenching as the oval crowd filled the house in preparation for their first turn against the clock. Running past midnight, some oval racers running multiple classes would still have a long day ahead of themselves despite this being their short day of qualifying. The intensity in oval was also quite high as all the racers took the track for their first glimpse of door to door competition. Into the wee hours of the night, oval cars pounded out the laps in endless succession. It was here that the long hours of work started to become obvious on the tired faces in the ballroom. There is nearly always something happening either on track or in the ballroom pit areas around the clock. Even at the end of oval’s first round of qualifying, there were still racer disassembling cars down to bare chassis, truing tires, and painting bodies. Some of them were even on-road racers who were due on track in just a couple hours for their third round of qualifying! 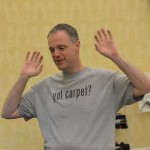 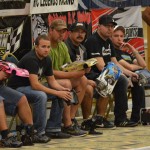 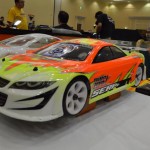 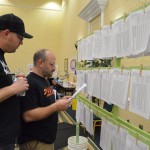 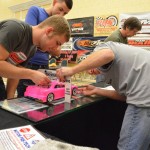 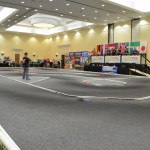 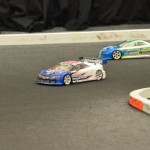 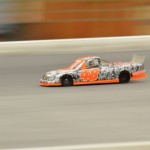 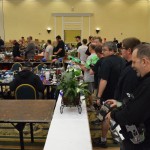