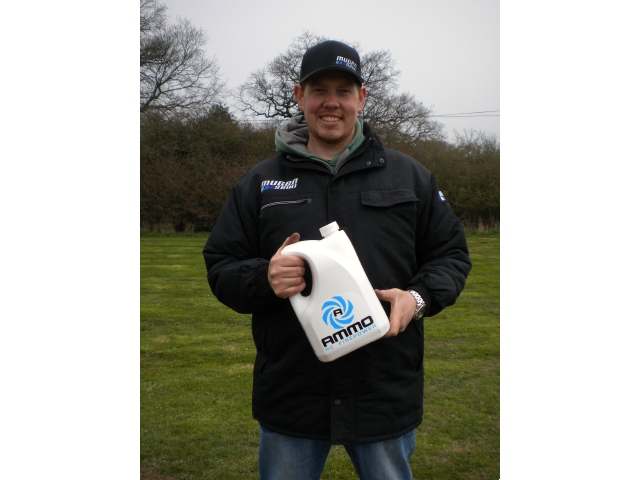 After testing several different fuels, Simon decided the AMMO 30% Nitro mix provided everything he wanted and signed up for the season.

Having secured TQ & 1st Place at the last 2x rounds of the CML Winter Series at Frankley Club Simon confirmed his deal with RC DisCo just before last weekends BRCA National at the same venue.

At this first 2011 BRCA National race using AMMO Fuel – Simon finished an incredible ‘2nd place’ overall – in what was arguably the drive of the day from a troubled qualifying position (due to heavy rain falling in the very last qualifying heat) meaning Simon started all the way back in the E Final. With an aprox hour and a half of track time ahead, Simon not only had to concerntrate and drive his way through the ‘bump ups’, but his equipment had to sustain the rigours of the duration of that track time as well.

A huge “thank you” from everyone here behind AMMO Fuel. It’s great to have you joining the AMMO Team for 2011.