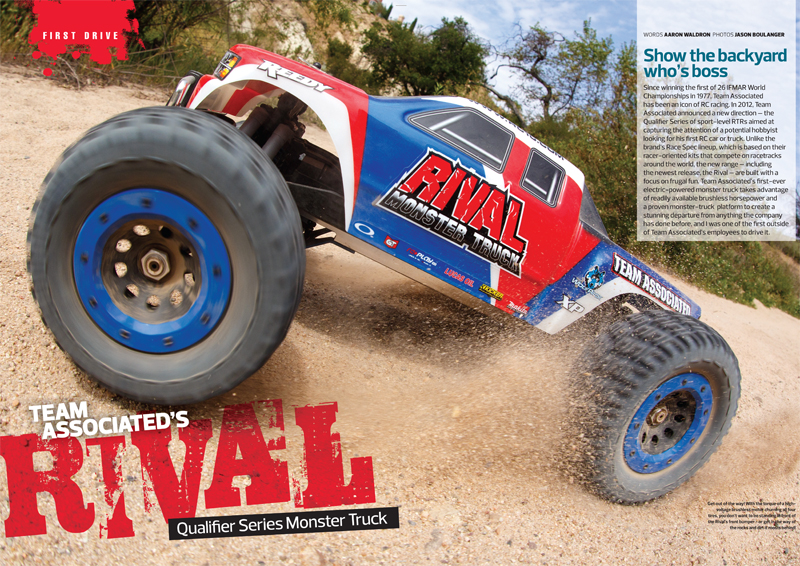 Since winning the first of 26 IFMAR World Championships in 1977, Team Associated has been an icon of RC racing, in 2012, Team Associated announced a new direction – the Qualifier Series of sport – level RTRS aimed at capturing the attention of a potential hobbyist look for his first RC car or truck.  Unlike the brand’s Race Spec lineup, which is based on their racer – oriented kits that compete on racetracks around the world, the new range – including the newest release, the Rival – are built with a focus on frugal fun.  Team Associated first-ever electric-powered monster truck takes advantage readily available brushless horsepower and a proven monster-truck platform to create a stunning departure from anything the company has done before, and I was one of the first outside of Team Associated’s employees to drive it. 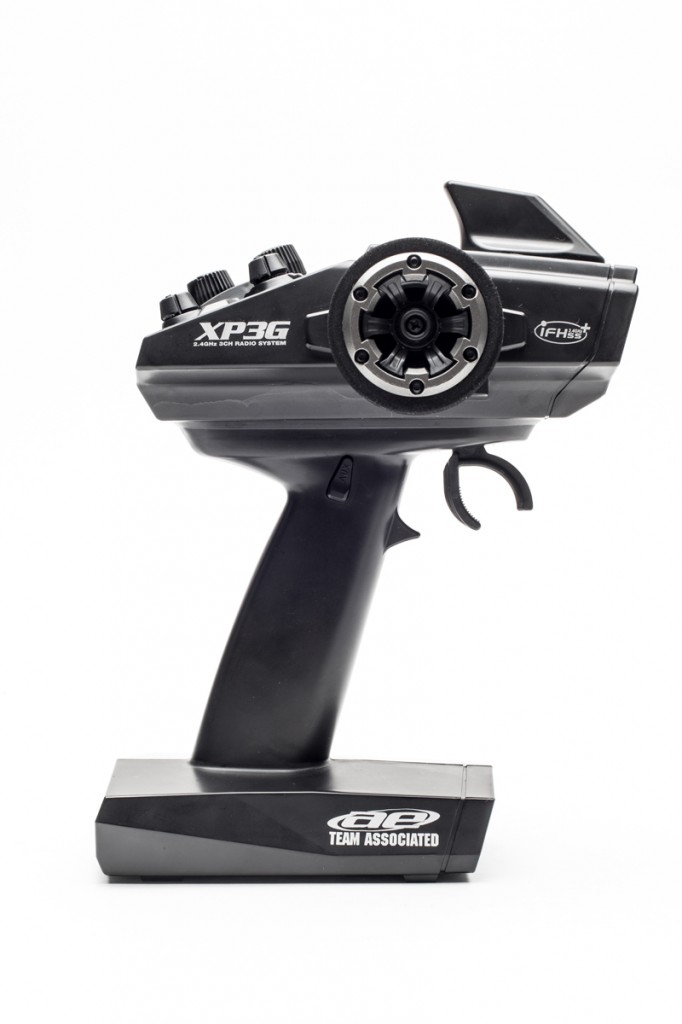 The Rival is spec’d with the XP3G transmitter, a 3-channel version of the 2.4GHz FHSS radio also used in the Pro-Lite 4×4 and Apex Touring [Reviewed in issue] 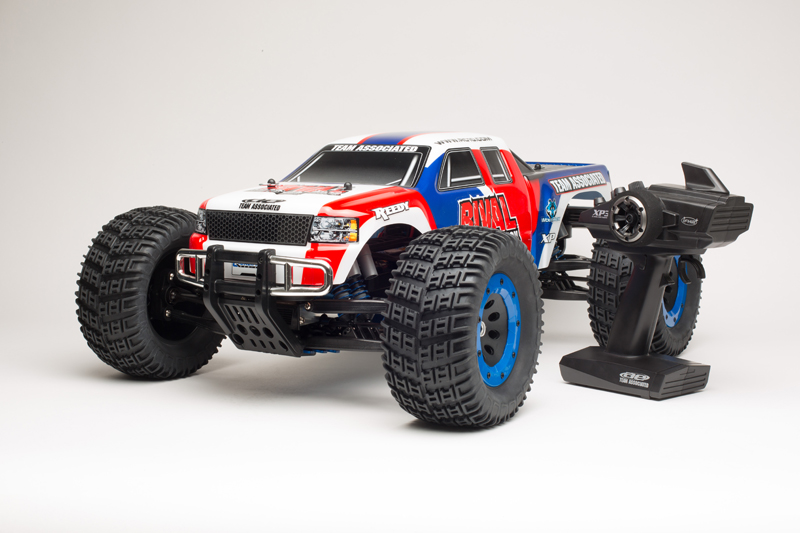 Already a subscriber? Login to read it now.