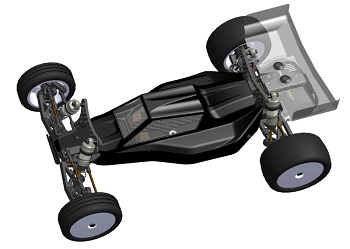 Serpent has released some CAD images of their new off-road buggy they are developing.  Check out the info in the press release below:

For later 2013 and 2014 other versions are planned  like 2wd ShortCourse, 2wd Truck, 4wd buggy, 4wd Shortcourse and also some Ready to Race versions.

Billy Easton will be at the Toyfair to explain the details.