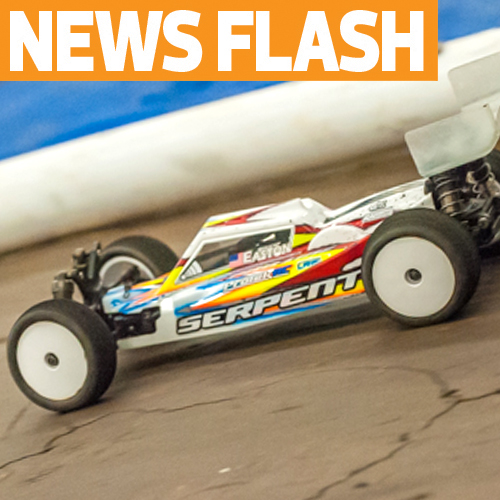 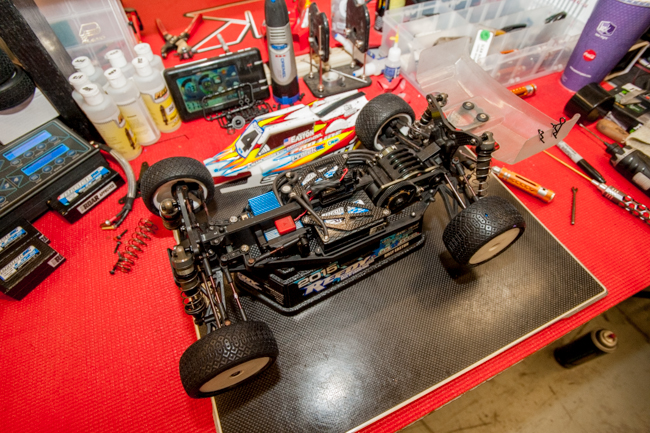 There’s a lot to see at the Reedy Race and I was able to sneak a peak under the hood of Serpent’s Billy Easton’s 4WD SRX-4. Easton is a former IFMAR Electric World Champion, but spends his time working full time for Serpent as an engineer. He has been showing a lot of speed at the race, but admits the track conditions are a bit different then what he’s tested on so far and is having to improvise as best he can- not an easy task when going against the best in the world. Scheduled to hit the shelves of hobby shops in mid-March, the prototype buggy is a bit unusual and sports some interesting features. A two belt design, the buggy’s goal was to be as balanced in weight as possible. The buggy uses saddle-pack only power, and Easton is running a LRP 7.5 sensored brushless motor to put the power to the ground. The belts get help from large pulleys and the main one goes down the center with a plastic cover. The buggy was designed to generate a lot of traction and with the popularity of mid-motor 2WD buggies, Easton felt the lessons learned from those buggies could be applied to this 4WD buggy. He also felt that the bad reputation that belt cars have for durability isn’t valid and set out to change that perception. 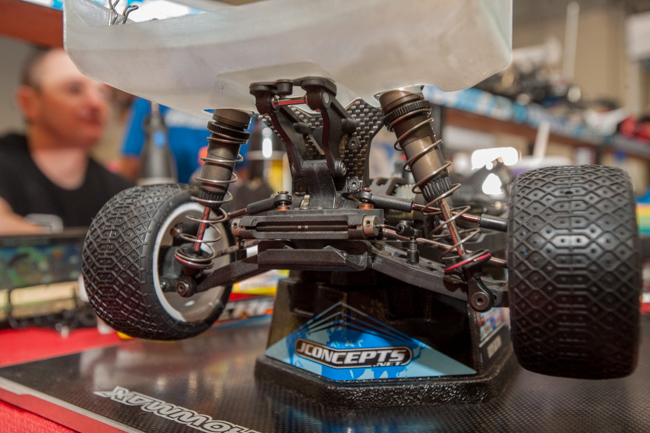 The rear of the SRX-4 buggy incorporates a unique sway bar and has solid suspension components. 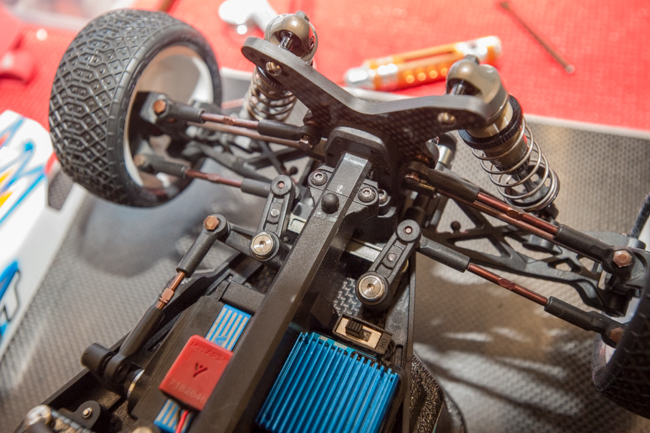 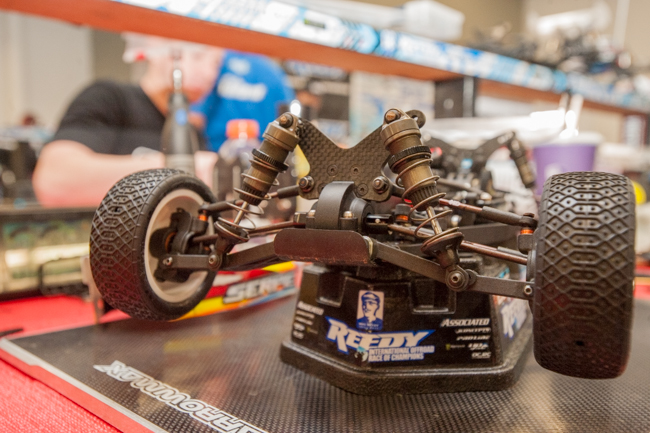 The front of the buggy with the front diff case poking below the shock tower. 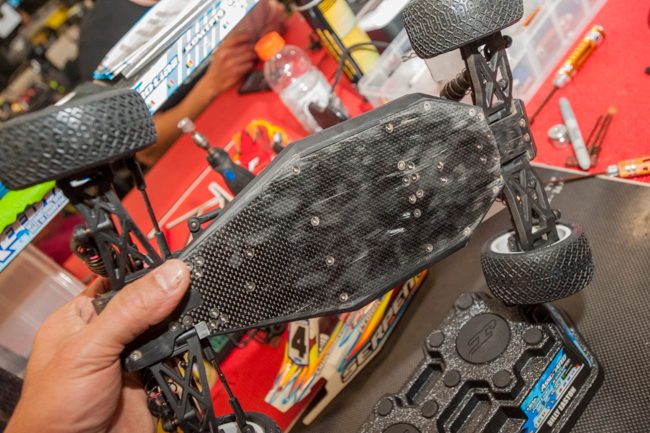 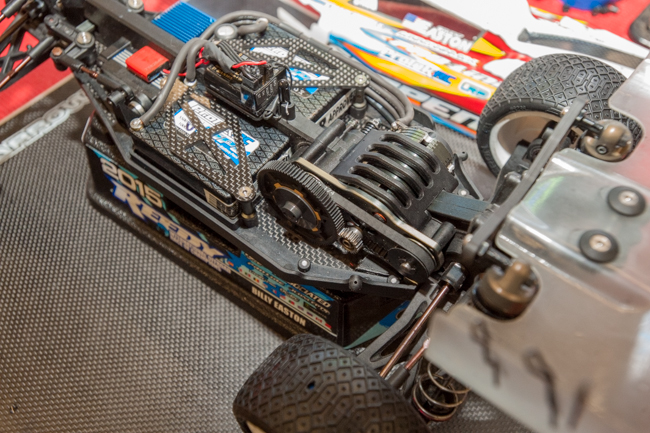 The motor is centralized and located near the rear shock tower. 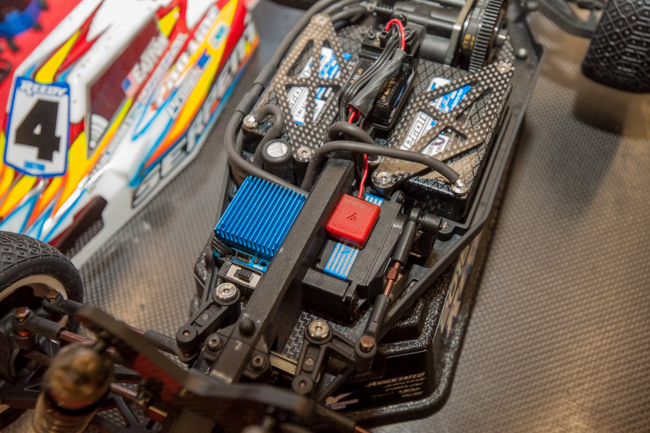 Detail of the central channel that protects the main belt. 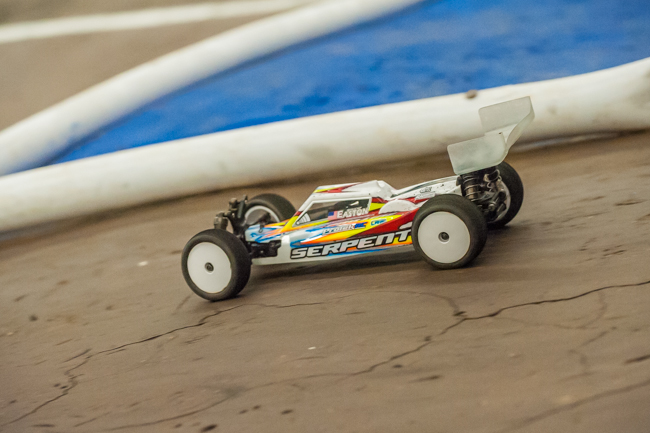