Congratulations to all the team Schumacher drivers on a fantastic performance at the opening round of the BRCA 1/10th off road national series.

On the challenging Stotfold astroturf track the Cougar SV was dominant in 2WD and reigning British Champion Tom Cockerill got his title defence off to a perfect start with a TQ and convincing wins in all 3 legs of the A final. Lloyd Storey scored a career best 3rd place finish, with Danny McGee in 4th and Grant Williams, Simon Moss and Nathan Ralls made it a total of 6 Cougars in the A final.

The new CAT SX3 prototypes made their national debut in 4WD and Simon Moss, Grant Williams and Lloyd Storey showed the new cars potential by placing them in the A final.

With last weekend’s fantastic victory on the dirt in France and this weekend on the astro of Stotfold the Cougar SV has proved it’s a car for all occasions.

Congratulations again to the team!

Thanks to oople for the photos. 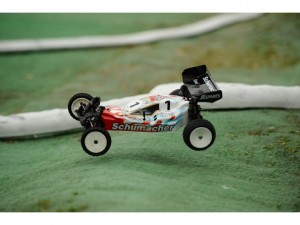 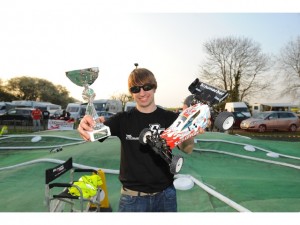