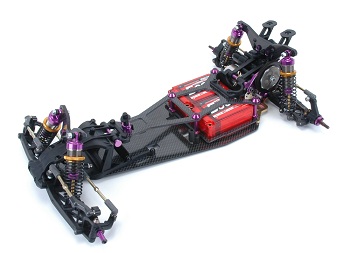 After a host of data gathering and testing by our factory drivers and engineers we are pleased to bring you this ‘Dirt Spec Conversion’ for the Cougar SV. Although the Cougar SV has been performing extremely well on dirt winning several major races recently we thought we could improve its performance!

The conversion allows more weight moved to the rear of the car by lengthening the chassis and also has the added benefit of using a brass plate under the gear box area also bringing the weight balance back. It will accept all major battery types including saddle, stick and 96mm short stick. All this aids forward traction on low to medium grip surfaces.