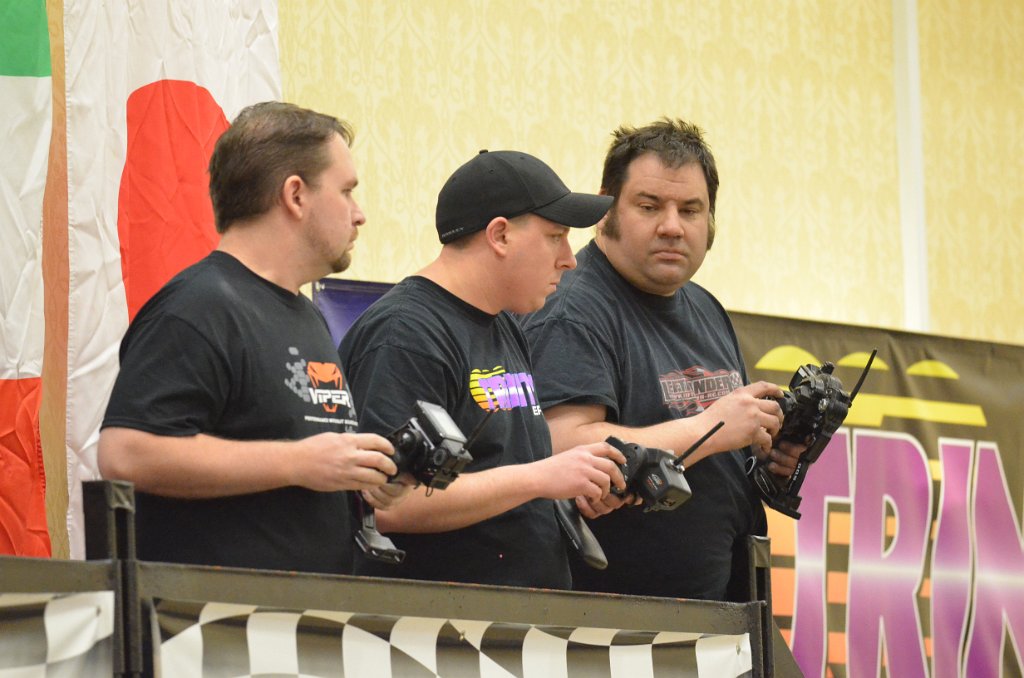 Saturday at the Snowbird Nationals brings mixed emotions from the racers. On one hand, everyone gets one more qualifier to improve their times. However, this also gives their competitors a shot to out qualify them. Regardless, the spectators get a phenomenal show as the B-main bump ‘n runs get underway. A recent Snowbirds tradition, the top 9 drivers are locked into the A-main but the next 10 racers have to race their way out of the B-main on Saturday to earn that coveted 10th spot in the gig show on Sunday. As qualifying got underway, it was clear that everyone was trying to better their times. No one was willing to sit on their prior times. Unfortunately, races almost never go as planned and those who fell off their best pace early on could be seen parked along the side of the track, saving their equipment for their respective mains later on. The big story continues to be the phenomenal grip levels being experienced in every class. For those racers who qualified 10th-19th today, their challenge would be to make setup changes for the B-main bump ‘n runs that would happen immediately after their qualifying round finished up.

The B-main bump ‘n runs are always crowd pleasers! With all 10 racers vying for a spot in the A-main tomorrow, there is always some feisty action from the leader on down through the running order. Superstition says that whomever receives the dreaded BQ-screw trophy, should they win the B-main, all other BQ-screw recipients will also have good luck in their B-mains. This year that superstition was broken in both on-road and oval with a smattering of good and bad luck befalling the B-main TQs. As the B-mains wound down, it was clear to see on the faces around the ballroom that a long week of concentration was about to end. One more race for everyone coming up tomorrow (except the B-main’ers), and they’re sure to go down in the history books! Stay tuned.