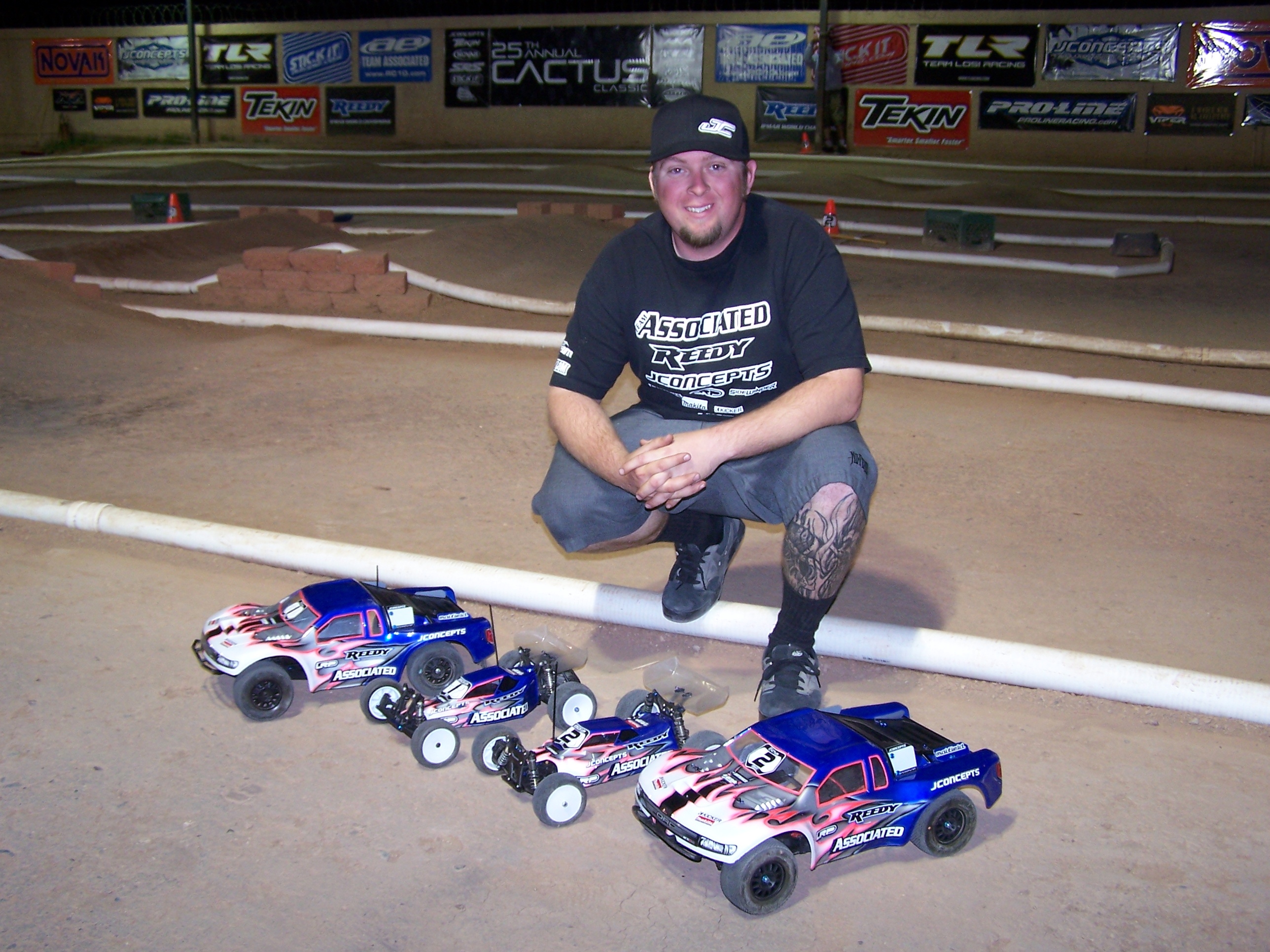 Ryan Maifield was the man to beat in the heat of the desert at the 2011 Cactus Classic by going four-for-four in qualifying.  Ryan TQ’d every class he entered with his Team Associated/Reedy/LRP vehicles with JConcepts tires and accessories: Mod Buggy, Mod 4WD, Mod Short Course, and Mod 4WD Short Course with the debut of the new Team Associated SC10 4×4.

In the finals on Sunday he wrapped up the 2WD and 4WD titles after A2.  He took home the win for 2WD SCT after A3.   Team Losi Racing’s Mike Truhe was able to stop Maifield’s clean sweep by winning the 4WD SCT class that ran in a double A format.

In the Mod Truck class Team Associated’s Ryan Cavalieri took home the hardware after winning A2 and A3 in a hotly contested battle with Jared Tebo.