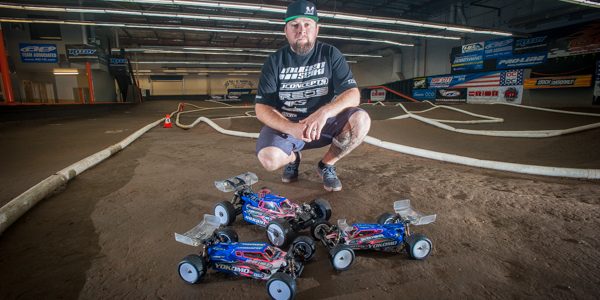 Lots of big moves this year, but one of the biggest is the announcement of Ryan Maifield’s switch to Yokomo for 1/10-scale electric off-road and Mugen Seiki for 1/8-scale nitro and e-buggy. He’ll also now be backed by AMain Hobbies and using MKS servos, but his long relationship with JConcepts remains intact and healthy as ever. There has been a lot of rumors and speculation, but until now has been tight-lipped. We got a chance to witness the big move and see Ryan getting ready for the upcoming 2017 Reedy Race of Champions coming up next week, and put in some practice with his new vehicles along with teammates, Carson Wernimont, Atsushi Hara, and Shin Adachi. Mugen‘s Adam Drake was also on hand to discuss the big move and explain how Ryan’s involvement is so critical to their racing program. 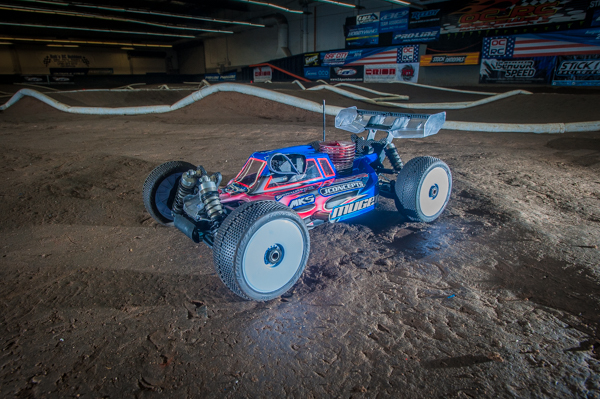 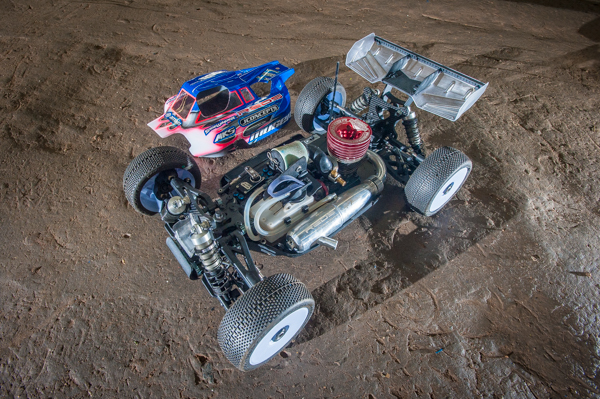 Lots of new under the hood of this Mugen buggy. 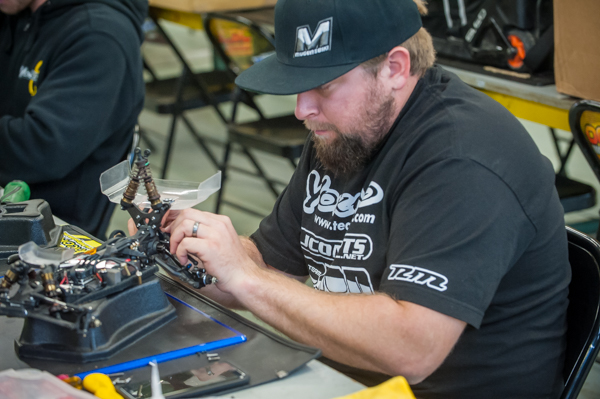 Wrenching and getting his Yokomo buggies ready for the 2017 Reedy Race of Champions next week. 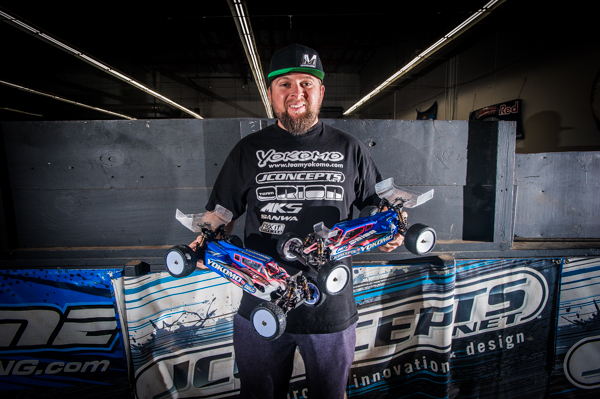 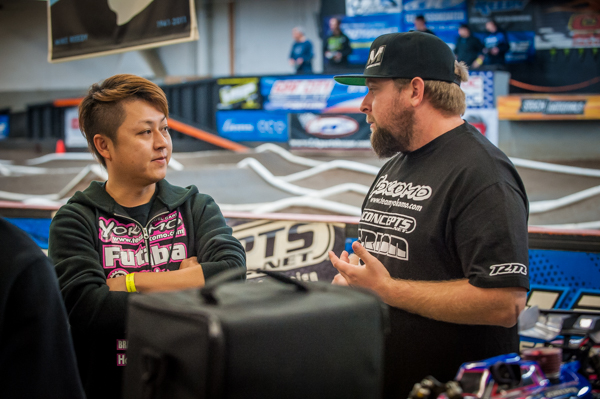 Lots of talent in this picture.Teammate Atsushi Hara discusses set-ups with Ryan. 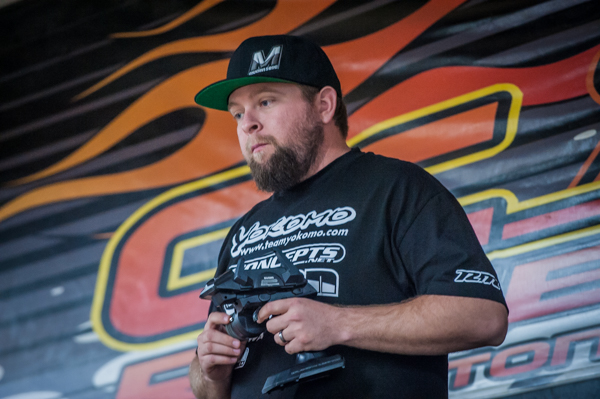 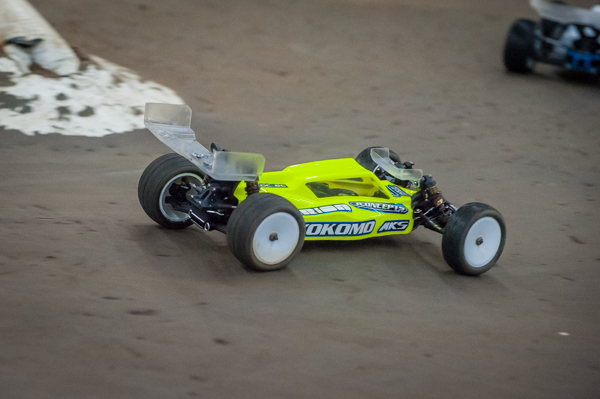 Putting his Yokomo YZ-2 DT equipped with laydown transmission and practice body through some paces.