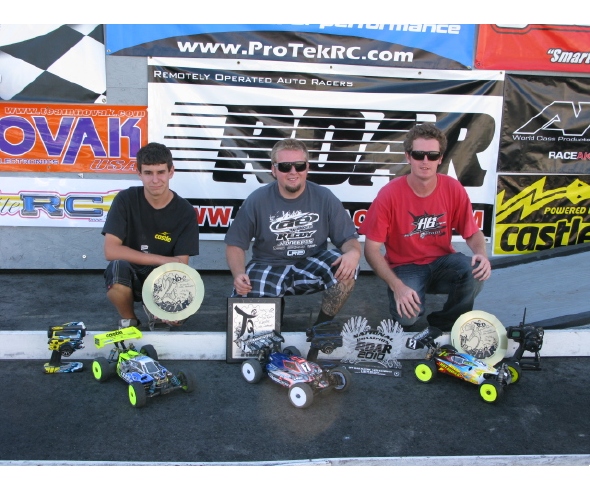 The 1st ever ROAR 1/8 Electric Off-Road Nationals were held at Nor Cal Hobbies of Union City, California on September 18 & 19th. Taking a cue from the success of last year’s 1/8 Electric championship at Revelation Raceway, the event was converted from a level 4 championship to a full blown level 5 Nationals. This was the first time in the history of ROAR that such an event would take place.

The event brought out a combination of seasoned pro-level off roaders as well as Nor Cal’s finest. Most of the teams brought their top guns including Team JConcepts / Associated driver Ryan Maifield, Mike Truhe (Team Losi), Jesse Robbers (Hot Bodies), Travis Amezcua (Mugen), and many more. The stacked field would provide a stiff challenge for the title.

Throughout qualifying, Team Associated/JConcepts driver Ryan Maifield claimed the T.Q. spot in 1/8 Electric Buggy. Maifield used a combination of the new prototype Punisher body for RC8BE (Part # 0217) and JConcepts Bar Codes for 1/8 Buggy to take the top grid spot. Ryan chose Bar Codes for 1/8 Buggy to handle the smoother/blue grooved Nor Cal Hobbies surface. Ryan ran a variety of compounds (depending on time of the day) ranging from yellow, blue, and orange to claim 2 total round victories during qualifying.

For the longer 10 minute mains, Ryan switched to Crossbows for 1/8 Buggy. He felt these provided a little more consistency and minimal tire wear for the longer main. In A-1, Ryan used his veteran skill to hold off a hard charge from Nor Cal local Austin Blair. The two would battle it out for nearly 9 minutes over the Nor Cal terrain. Ryan would never relinquish the lead, winning A-1.

The second A Main was nearly a repeat of A-1. This time, Jesse Robbers of Hot Bodies would make an initial charge on Maifield. Eventually a crash knocked Robbers back and allowed Austin Blair into 2nd. From there, Blair would slowly creep up on Maifield. The two would battle it out for the remainder of the 10 minute run. In the end, it was the JConcepts equipped Team Associated RC8BE driven by Ryan Maifield that pulled away with a big win in A-2 for the overall ROAR National Championship. 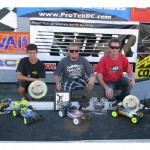 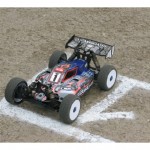 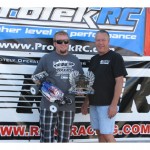 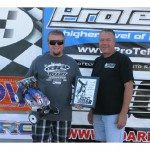 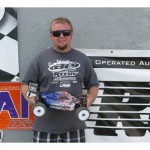