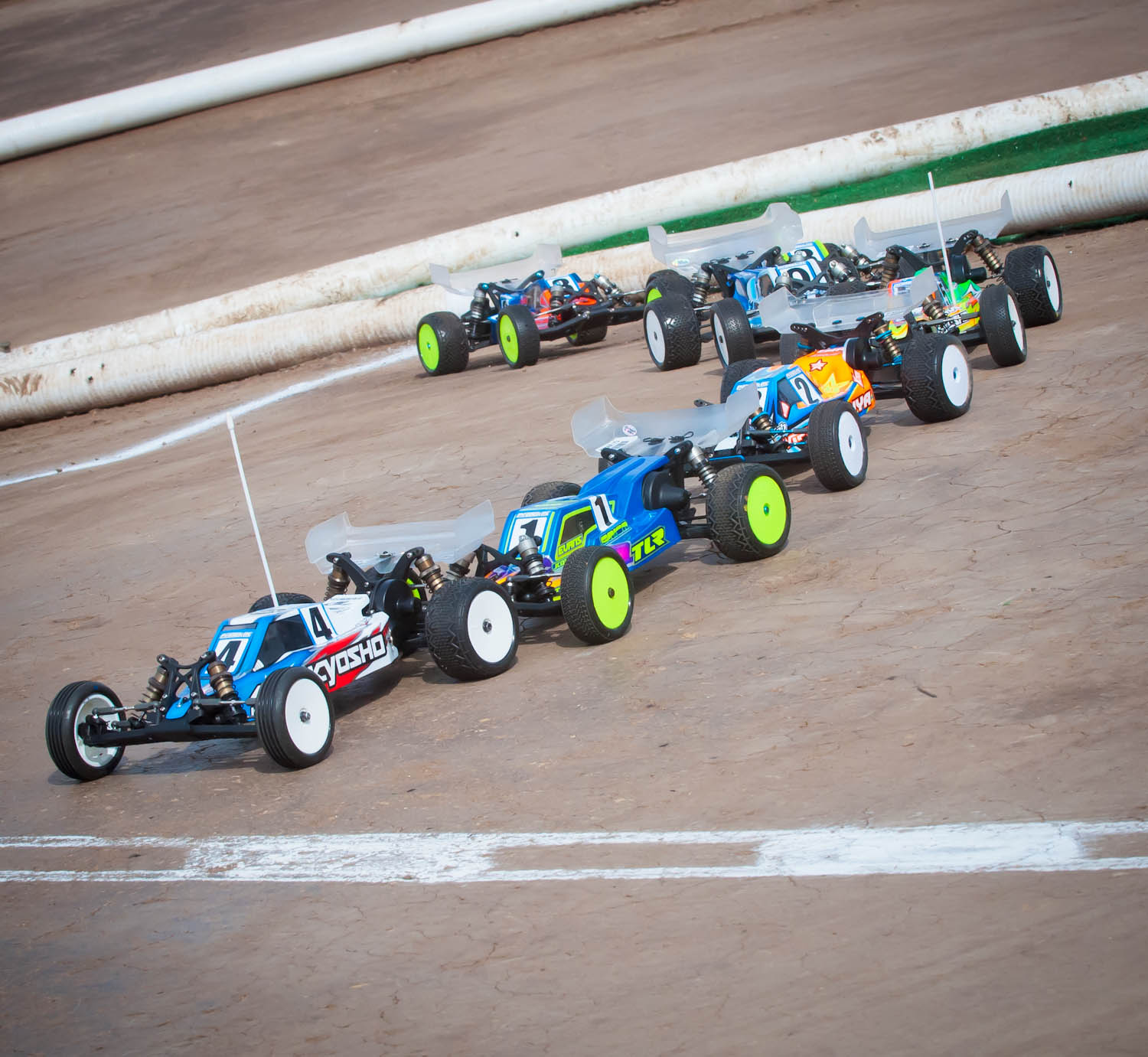 The final round on Tuesday evening could’ve potentially given us more insight than any other round as to who the favorites would be for Wednesday’s finals, with the race’s favorites shooting to the top of the charts under cooler conditions and increasing speeds. The fourth round was also the closest yet, with the top ten drivers finishing within just 4.1 seconds! As the final heat ended, however, the ominous clouds looming over the track all day long opened up and flooded the track within minutes, putting tomorrow’s main events and the rest of the week’s schedule in jeopardy. 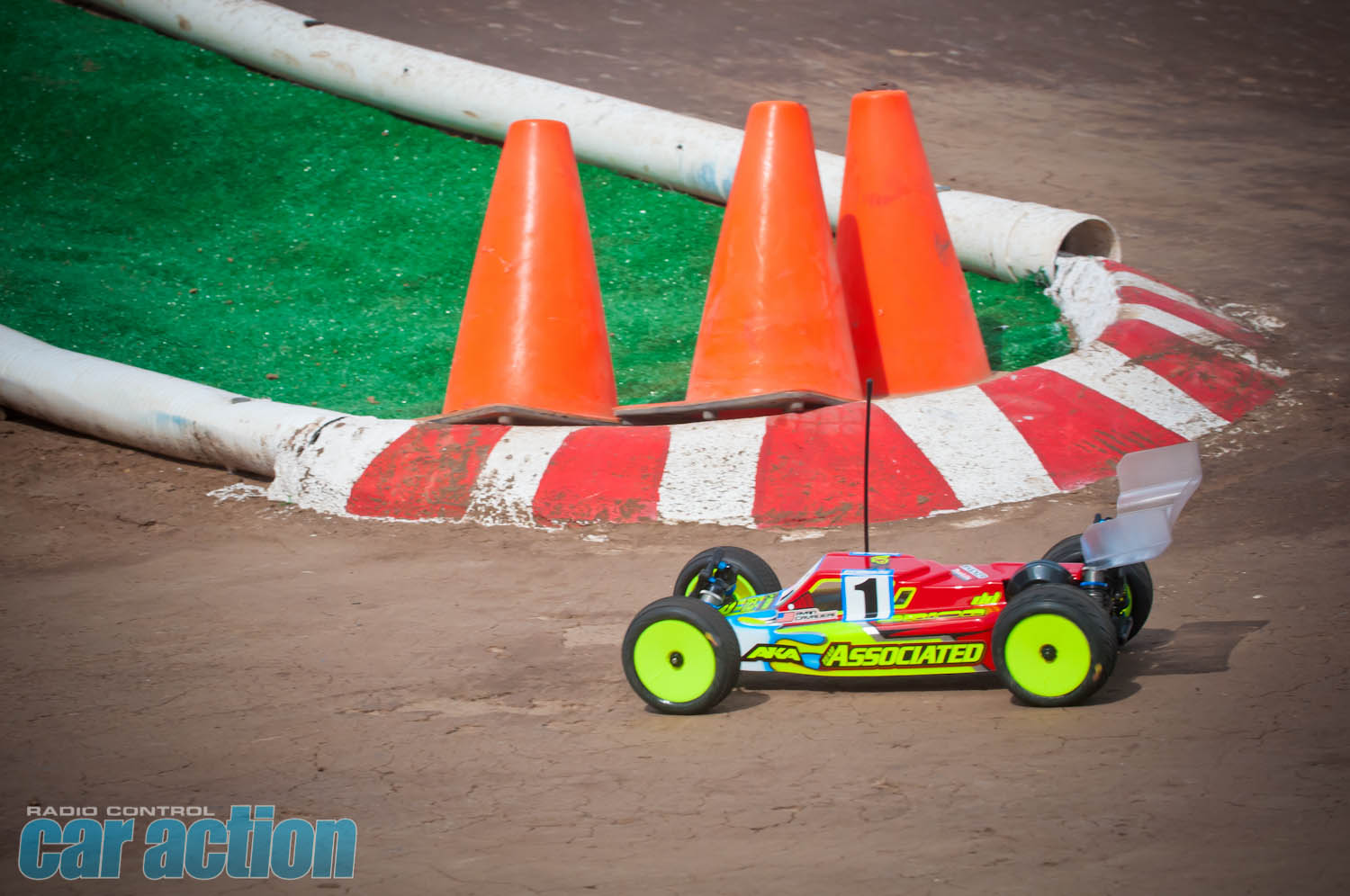 Don’t look now, but the reigning champ is out for blood. Maybe losing the Nationals in two fluke accidents last month ignited a fire under his feet? Ryan won the fourth round with the fastest run of the week up until this point, edging Tebo’s third round time by nearly eight tenths. His buggy looks faster and more composed than anyone else and with a starting position near the front of the grid he could be the man to beat. 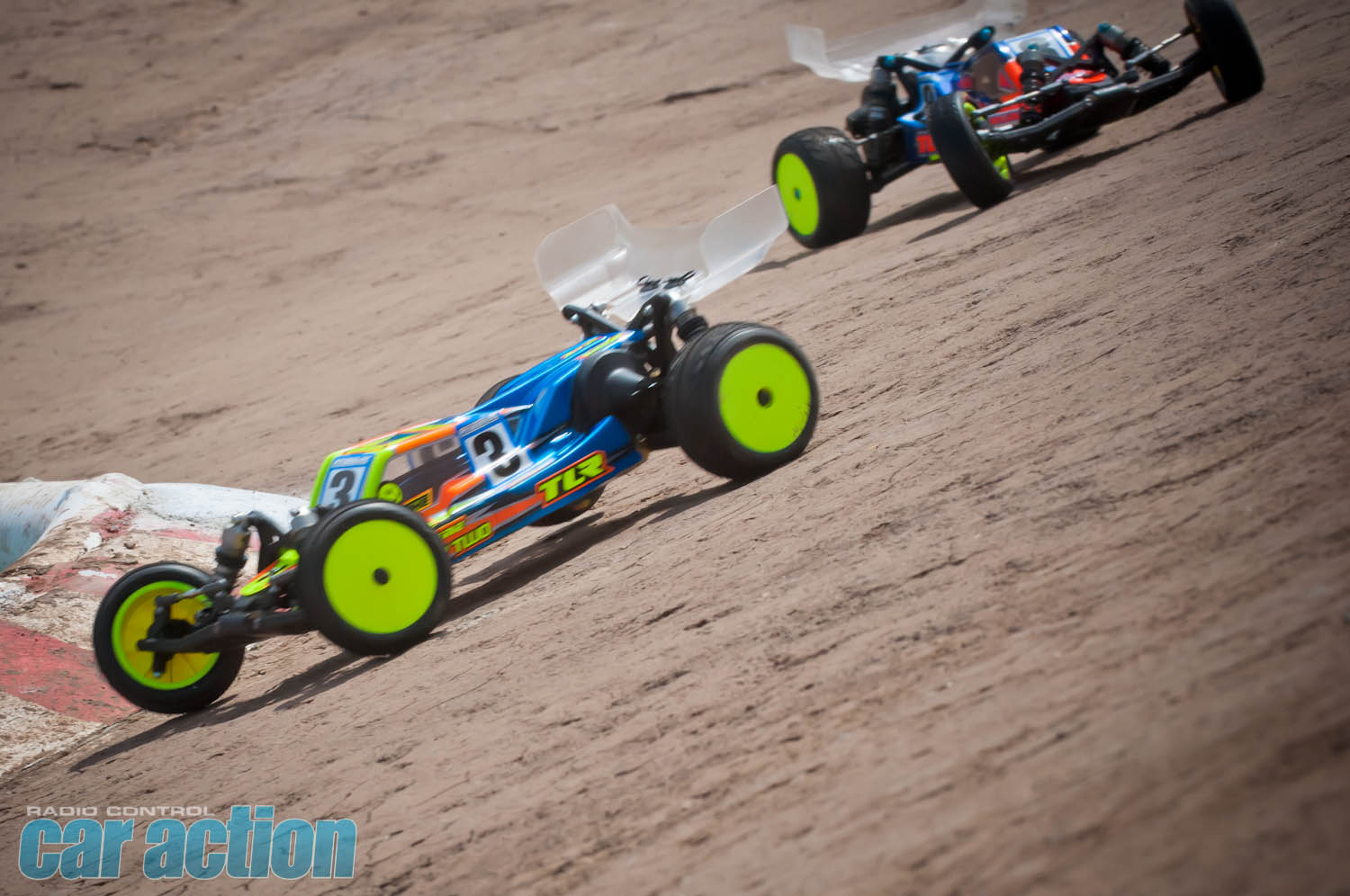 Finishing less than seven tenths behind, and also beating Tebo’s previous track record, was 2011 National Champion Dustin Evans. His second runner-up finish of the day improved his points considerably and bumped him into the top five. He and many of his TLR teammates opted not to make changes to their buggies after the third round, yet only Dustin and Darren Bloomfield landed in the top ten on Tuesday night. 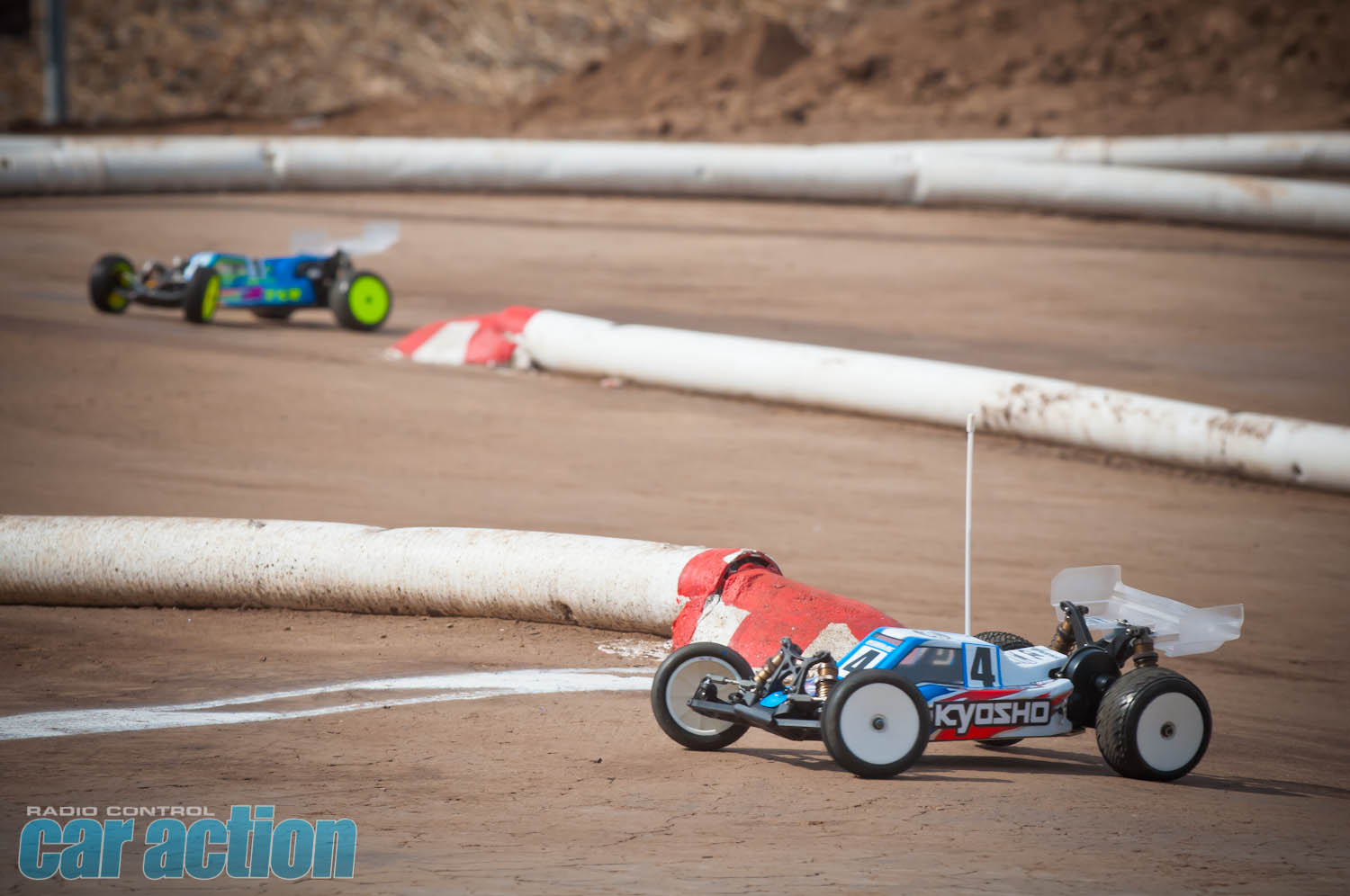 After two TQ runs it would seem that a third place finish would be nothing to write home about, but with a total of three points after four rounds is guaranteed at least a tie for the overall TQ – only Ryan Cavalieri can beat him on points with another TQ run, and Jared would need to finish lower than second in the final round. 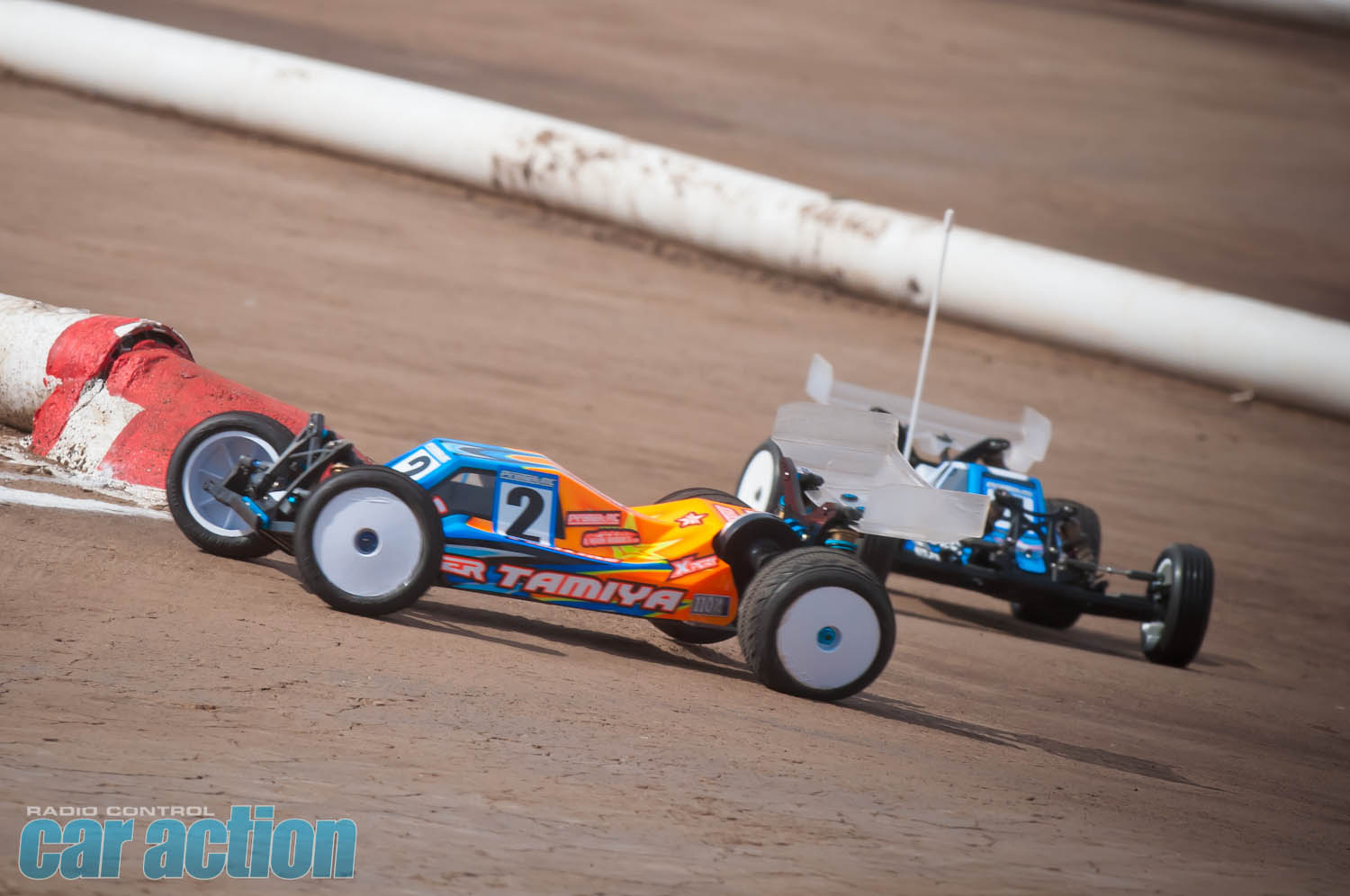 Like Tebo, Lee Martin’s fourth place finish may not have been his best run of the day but it does lock him into the final with a total of eight points. He can now focus on tuning his TRF201XR to be more drivable for heads-up racing come main event time, and his Tamiya Racing Factory compatriots have remarked at how helpful his setup help has been this week! 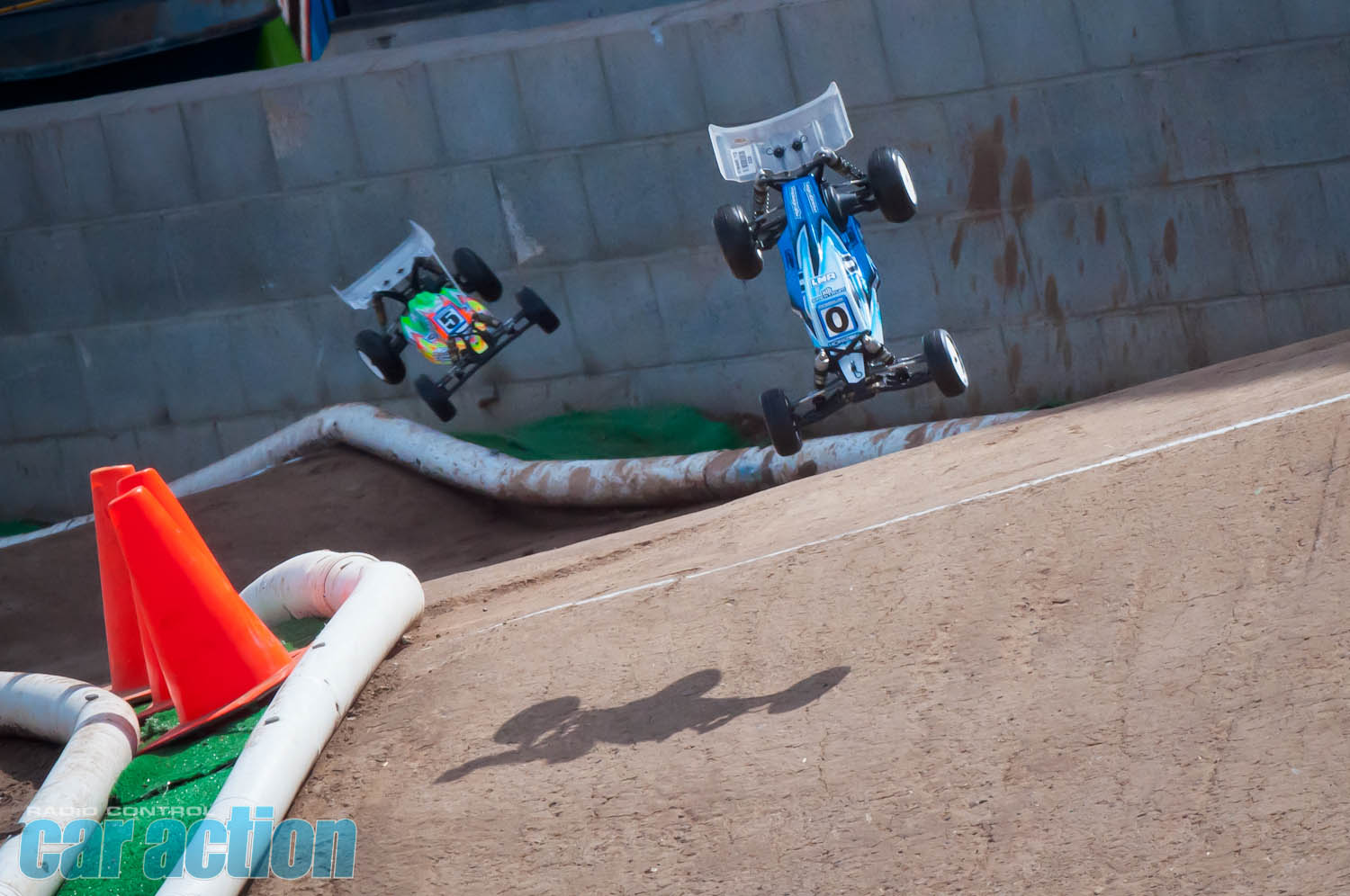 Darren Bloomfield can count himself among the drivers virtually locked into the final, with his fastest run of the day by nearly two seconds scoring him another top five run that improved his points total by four. 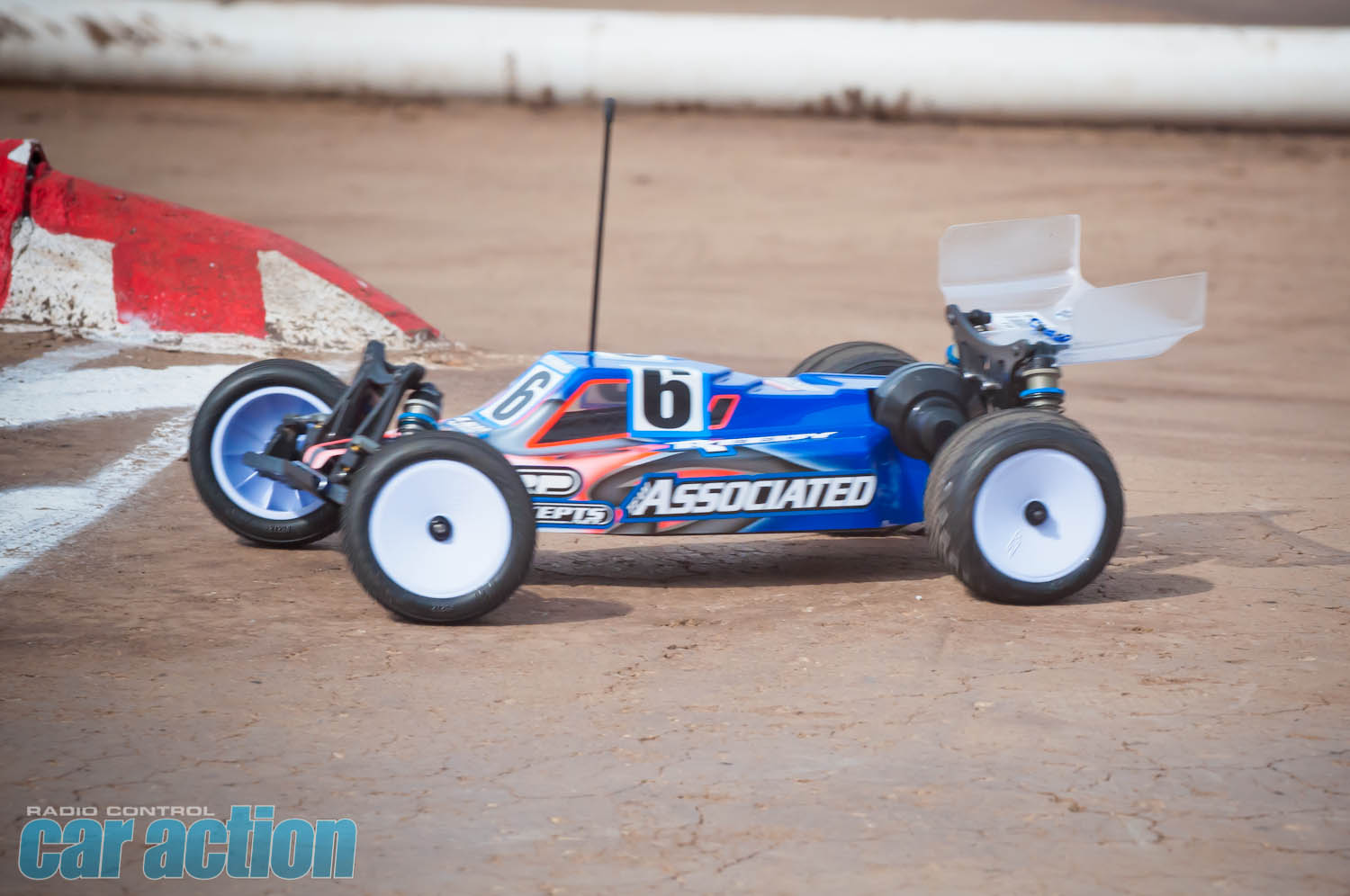 Wednesday morning’s final round of qualifying will be a make-or-break race for Ryan Maifield, who has two great and two awful runs. It’s interesting to note that Ryan’s two good runs were separated by less than a tenth of a second! 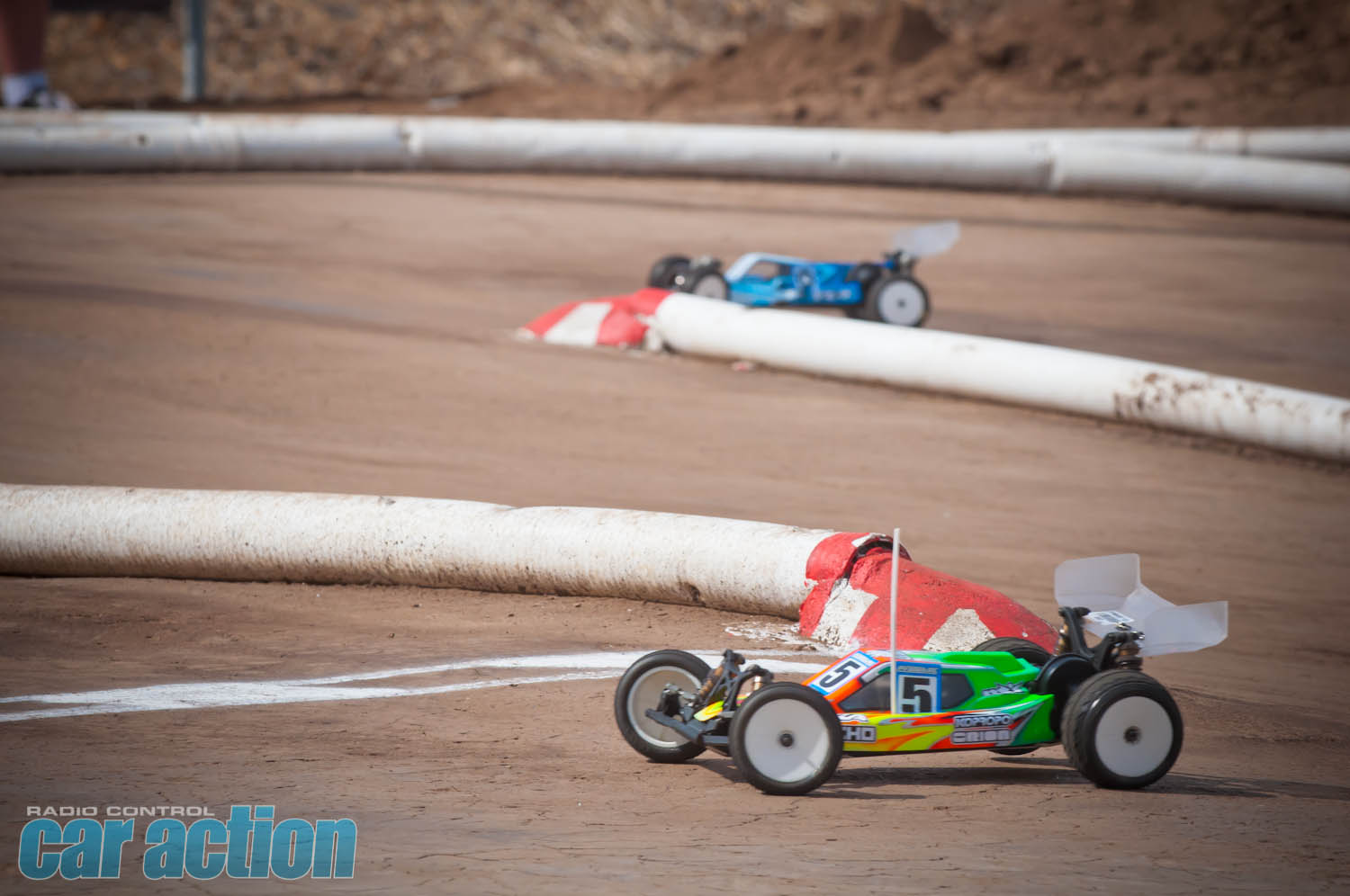 Young Swedish Kyosho driver David Ronnefalk suffered a mechanical failure in the third round but bounced right back, turning in his fastest run of the day and earning a seventh place finish. 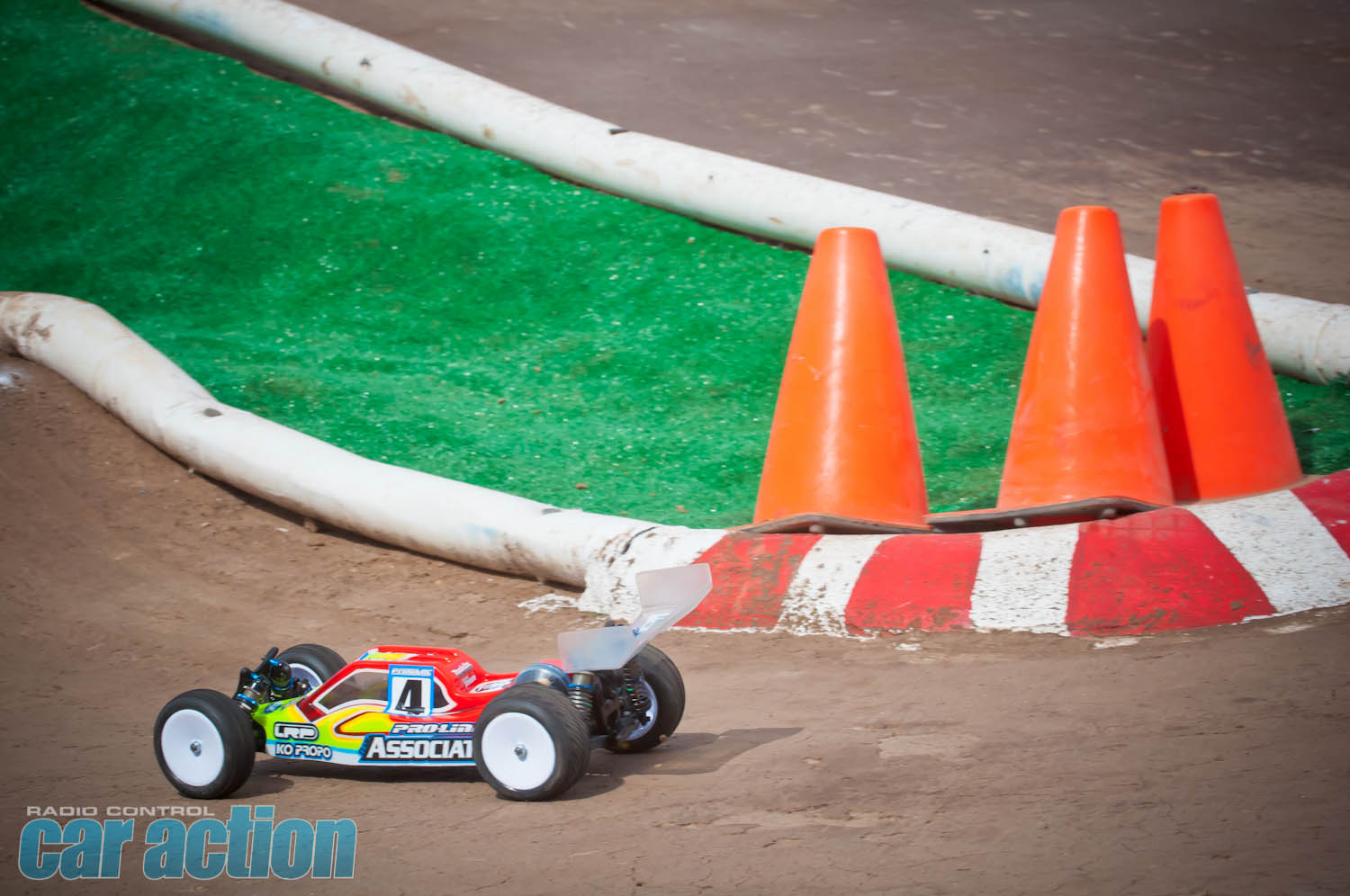 A DNF in round one and a poor run in the third heat has left former 2WD World Champ Neil Cragg on the outside of the main event looking in, but an eighth place finish to complement the fifth in round two is a step in the right direction.

Christopher Krapp had his first top ten run of the day in the final round Tuesday night, as the young Kyosho driver from Denmark who predominately runs on-road put in a solid time against the world’s best! Unfortunately we were unable to get a photo of him before he left for the evening. 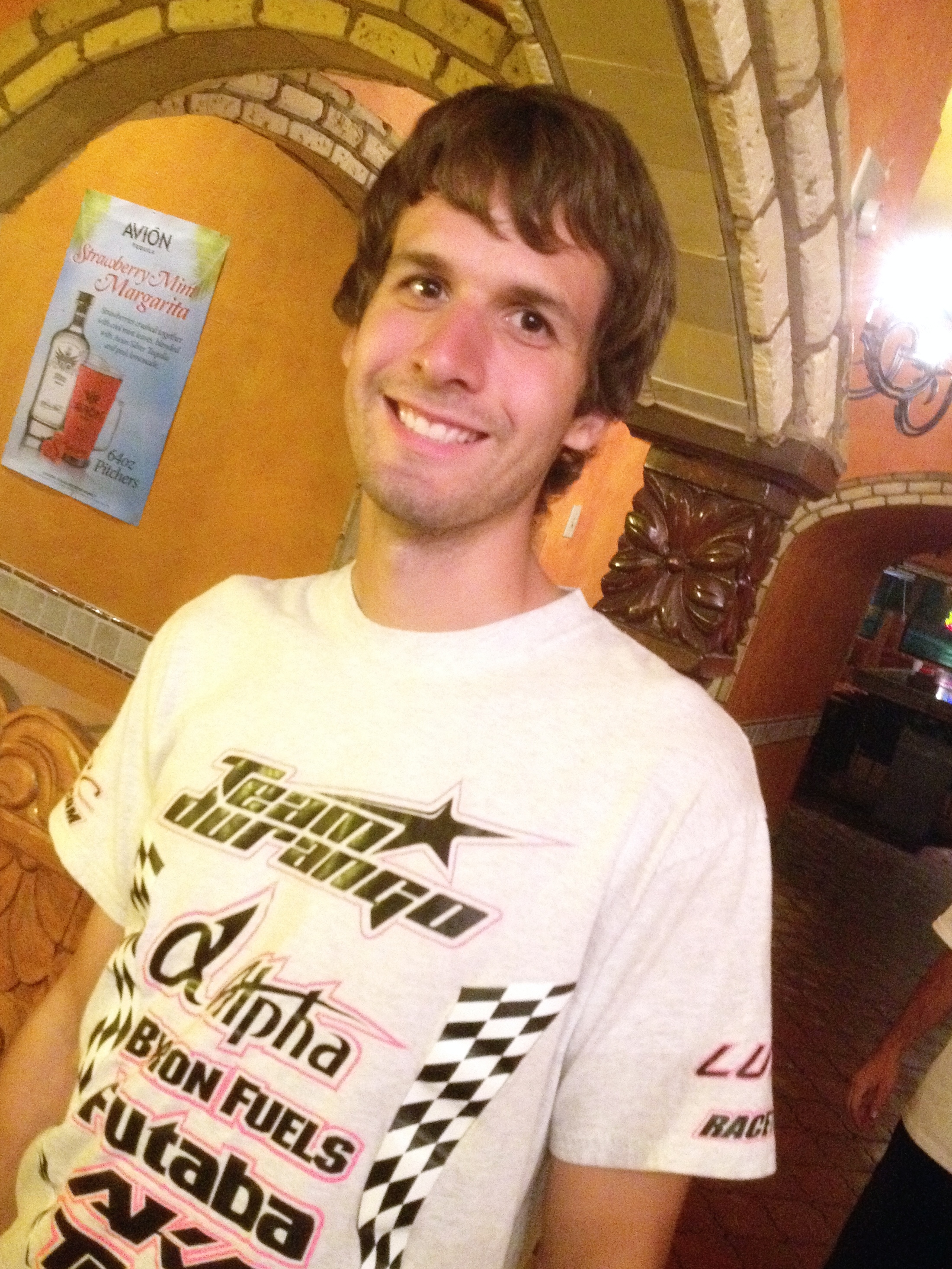 Ryan Lutz may have made the A-Main at the ROAR Nationals last month but it took until the fourth round today for him to break the top ten! He was the fastest Team Durango buggy of the round, as the drivers representing the German manufacturer had a tough day with few drivers challenging toward the top.

So what will happen tomorrow? Unfortunately, we’re not sure yet – after all, it may take some time for the track crew, as talented as they are, to recover this course and make it drivable again. 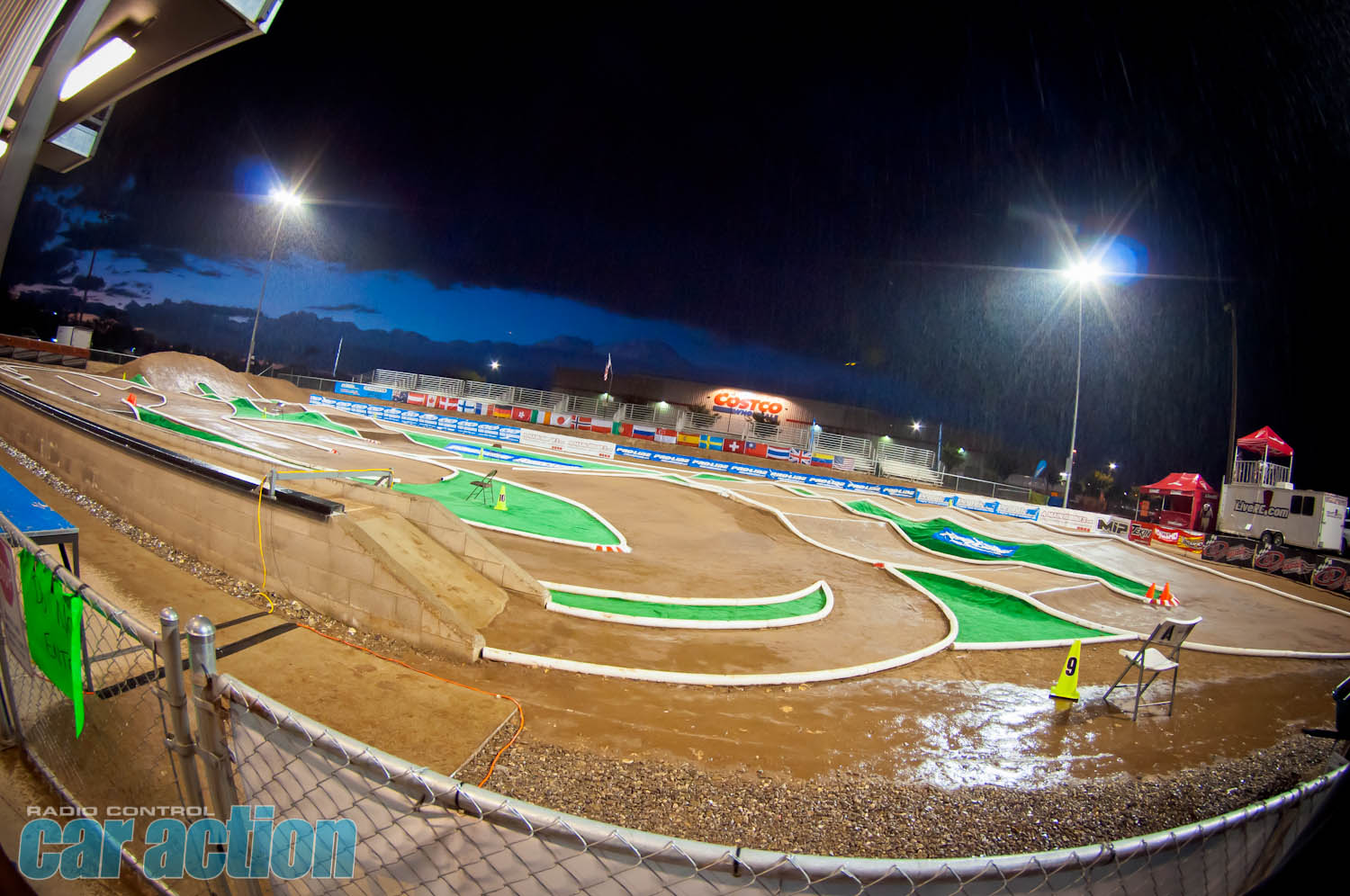 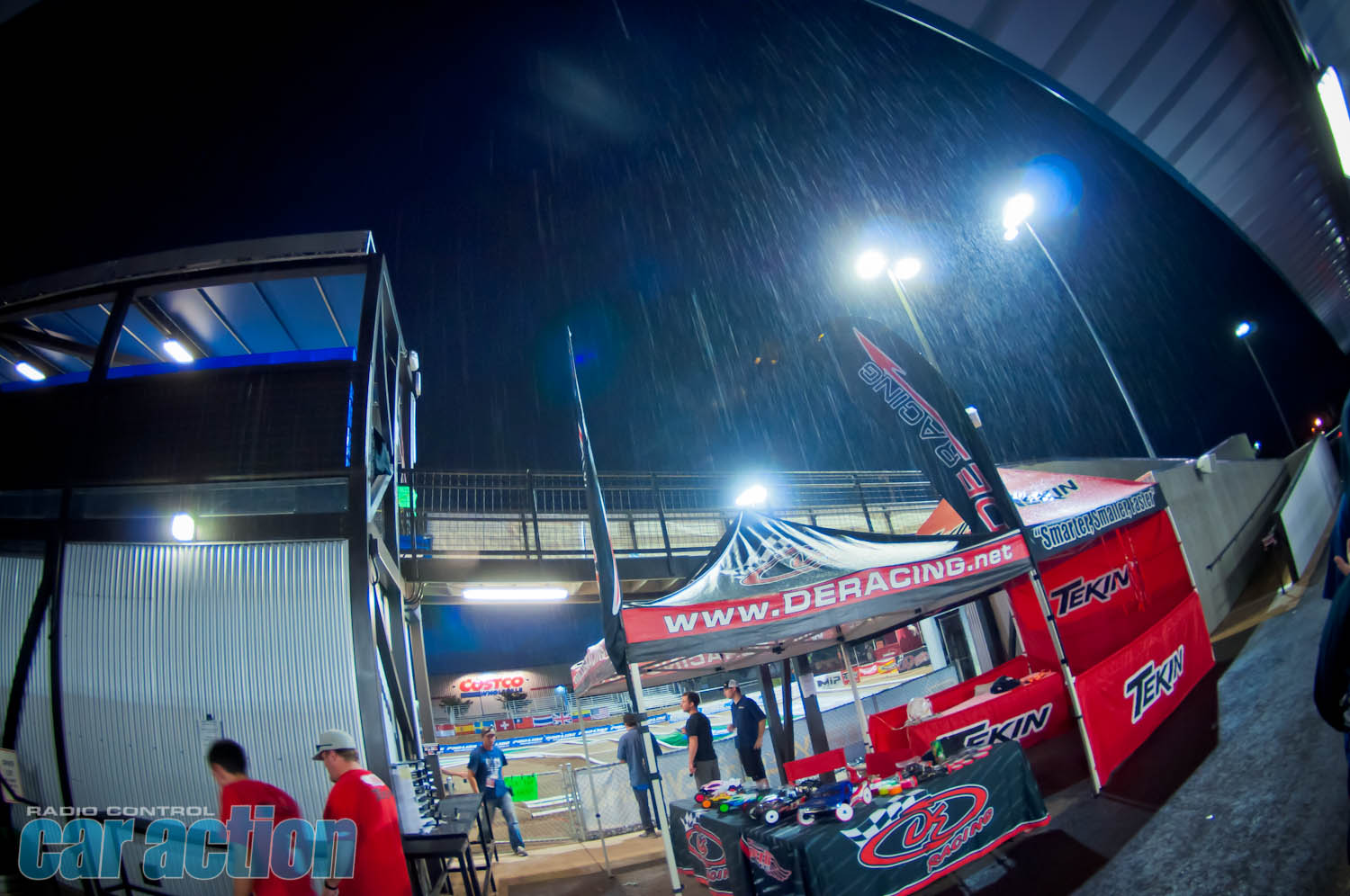