From RUDDOG:
The RUDDOG R2167 Tuned Exhaust Pipe was developed together with RUDDOG’s racing team to ensure optimized performance in combination with the RNX21.3 nitro off-road engine. The EFRA2167 homologated pipe will offer exceptional torque and top end speed as well as low fuel consumption, ensuring balanced performance for all types of tracks and track conditions. Included with the polished pipe comes an L50 manifold that further supports the overall performance of the exhaust system. 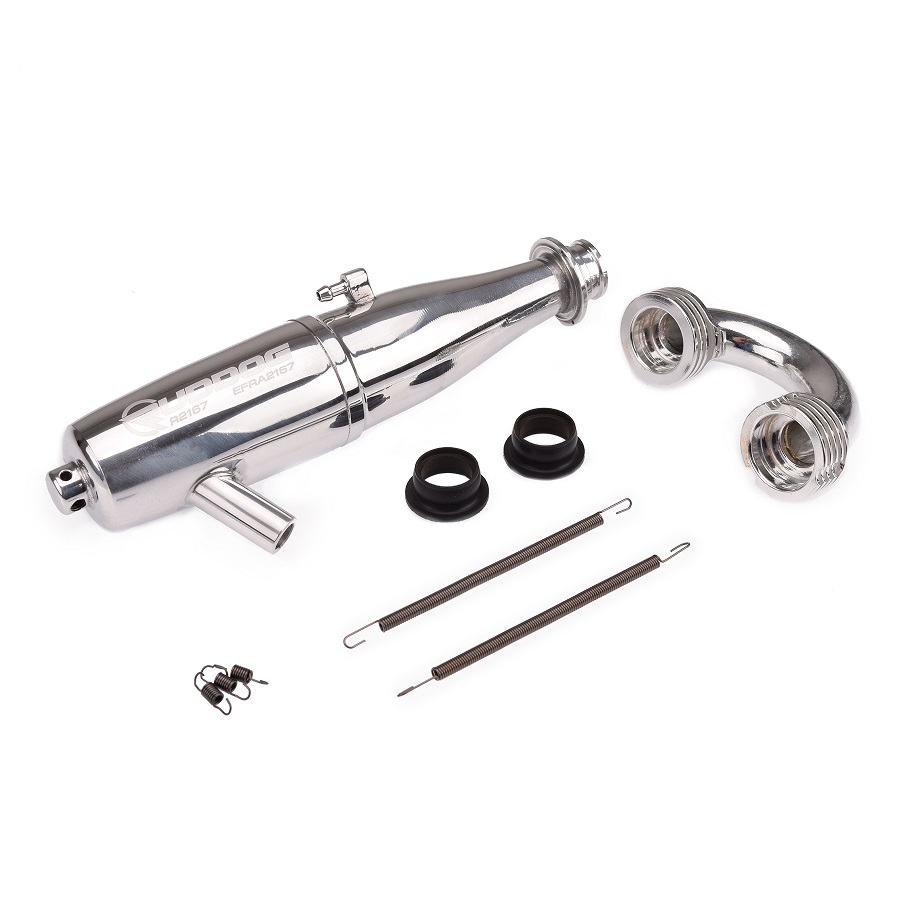