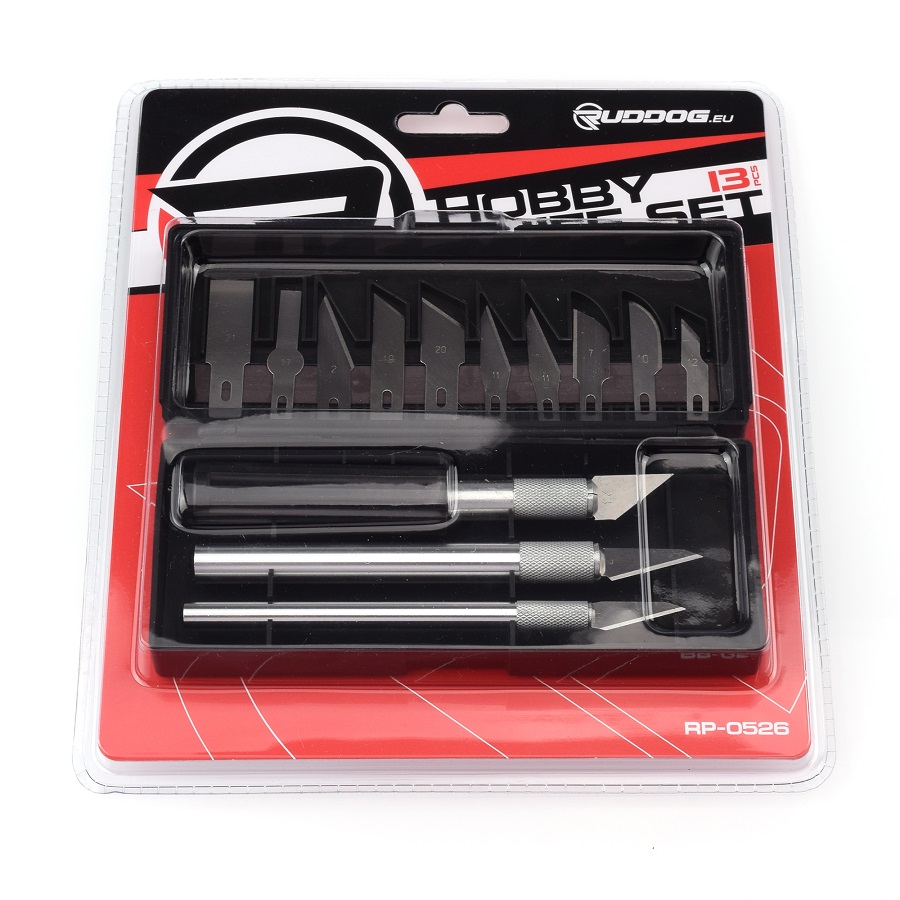 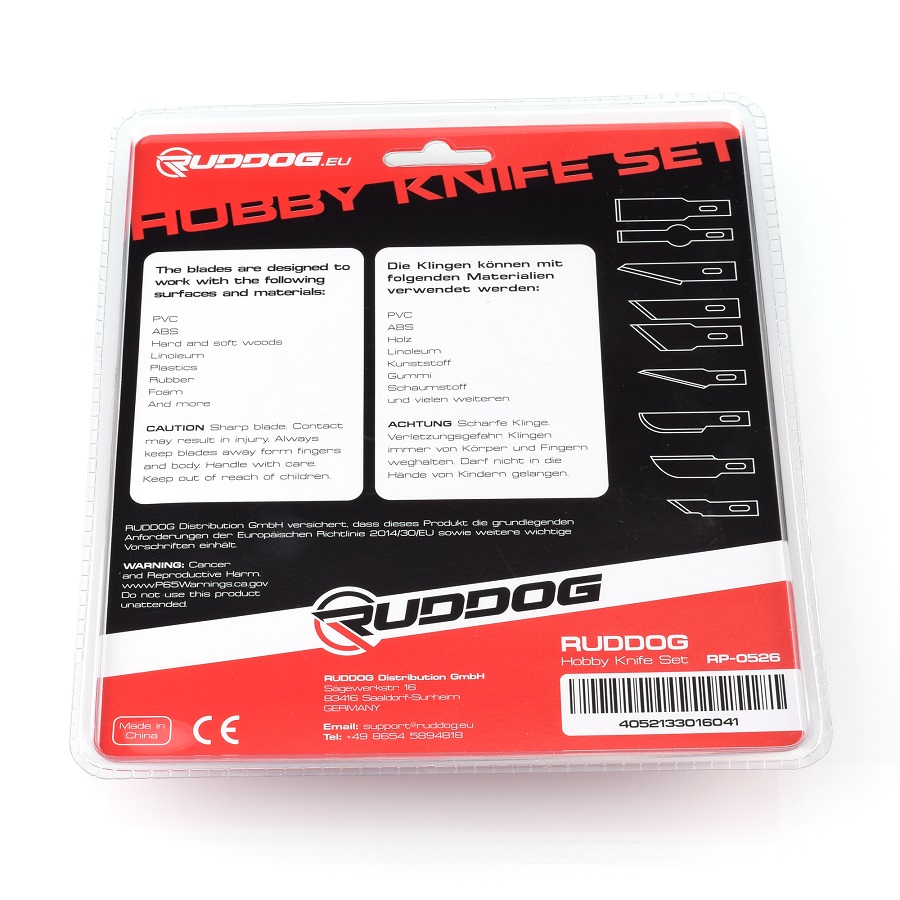 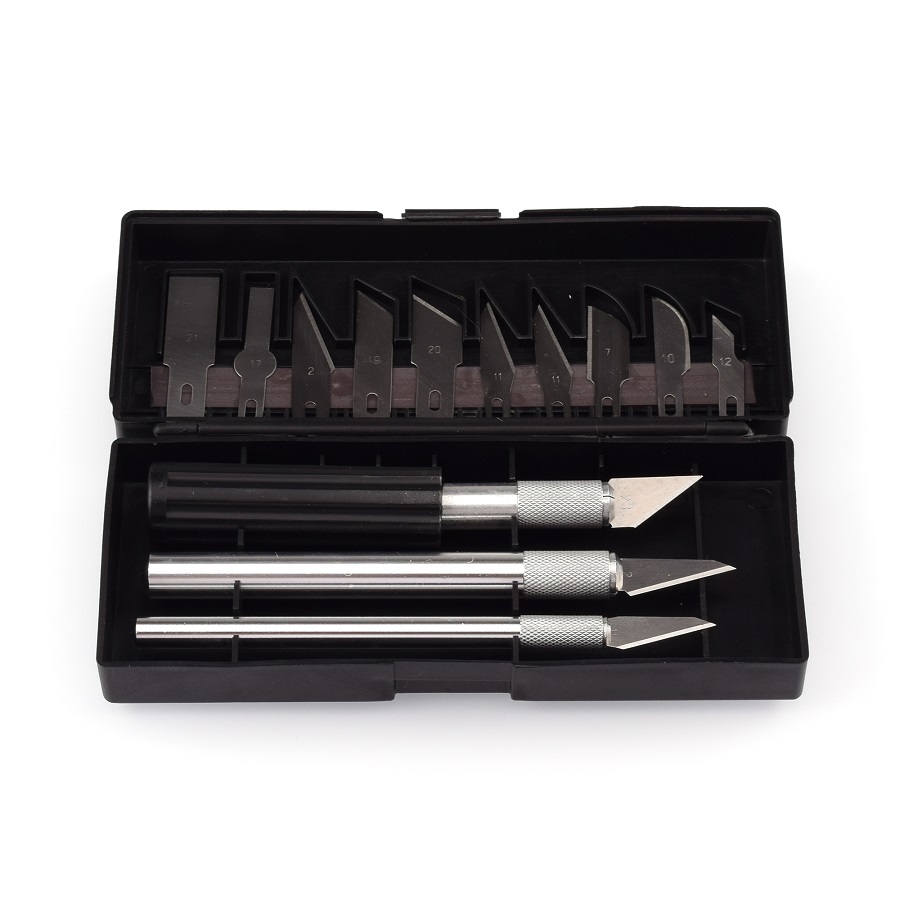 Scale crawler enthusiasts in particular frequently manufacture their own parts from miscellaneous materials and more often than not need more than simple hobby knife. Ruddog’s Hobby Knife Set includes a variety of handles and blades for drivers’ tasks, such as cutting and shaping PVC, ABS, wood, linoleum, various rubber, foam, and plastic compounds and other materials. A handy addition to every modelling workshop! 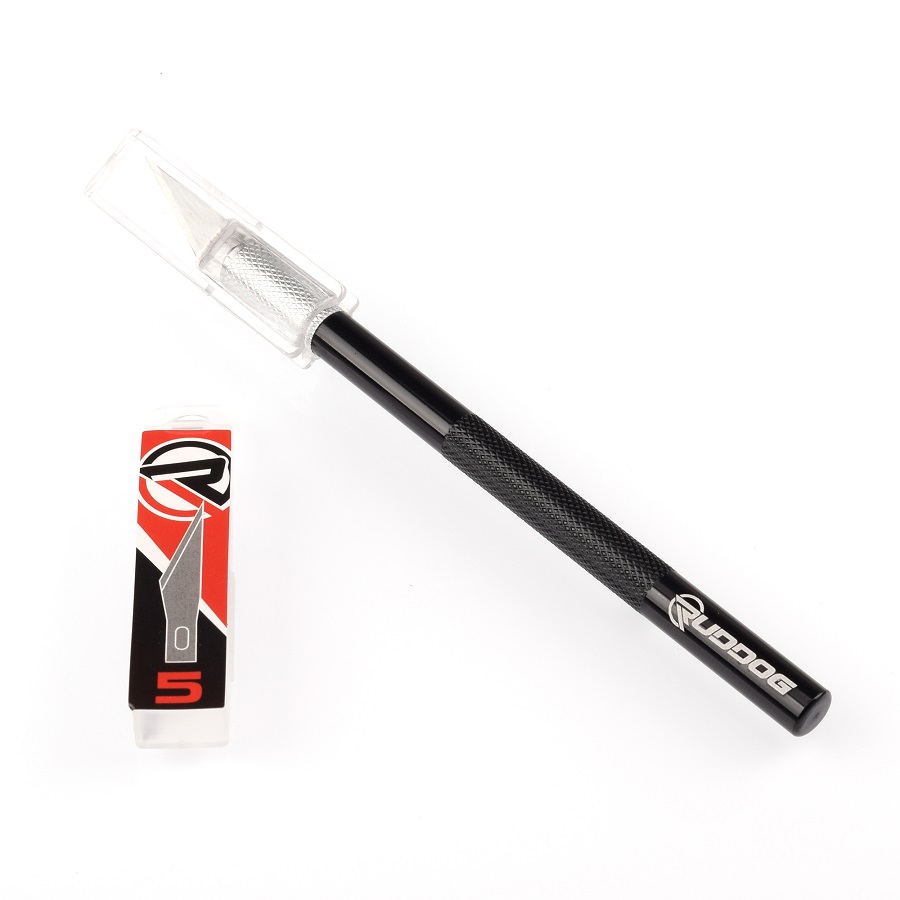 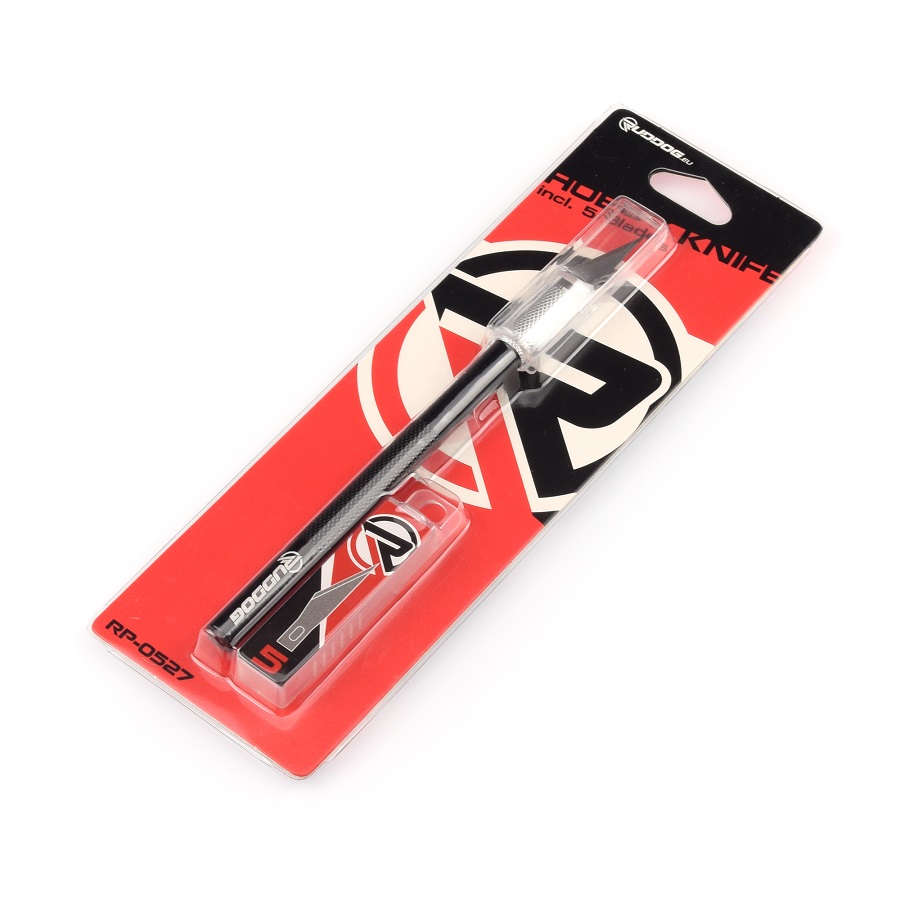 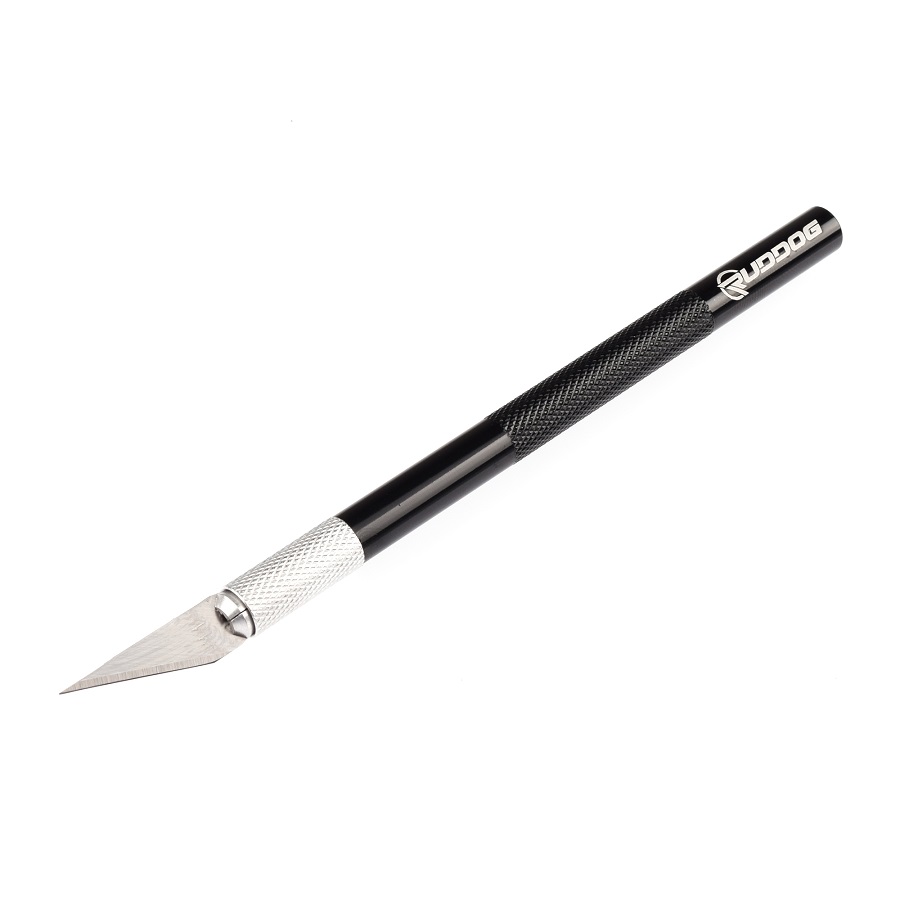 Every RC tool box needs a hobby knife. The Ruddog Hobby knife is a pencil-shape, economic alternative. It has a black aluminium handle with the Ruddog logo and a plastic protective cap. Five spare blades are included with the knife, and a convenient 10 pack of # 11 spare blades is available separately (RP-0528). 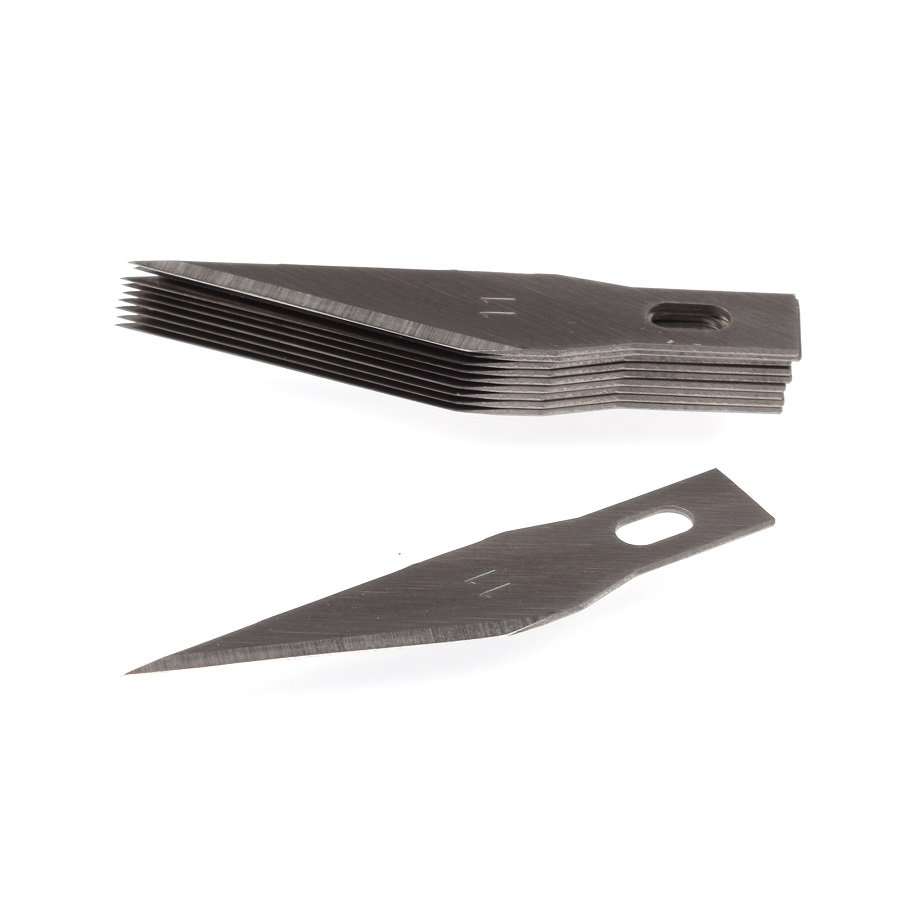 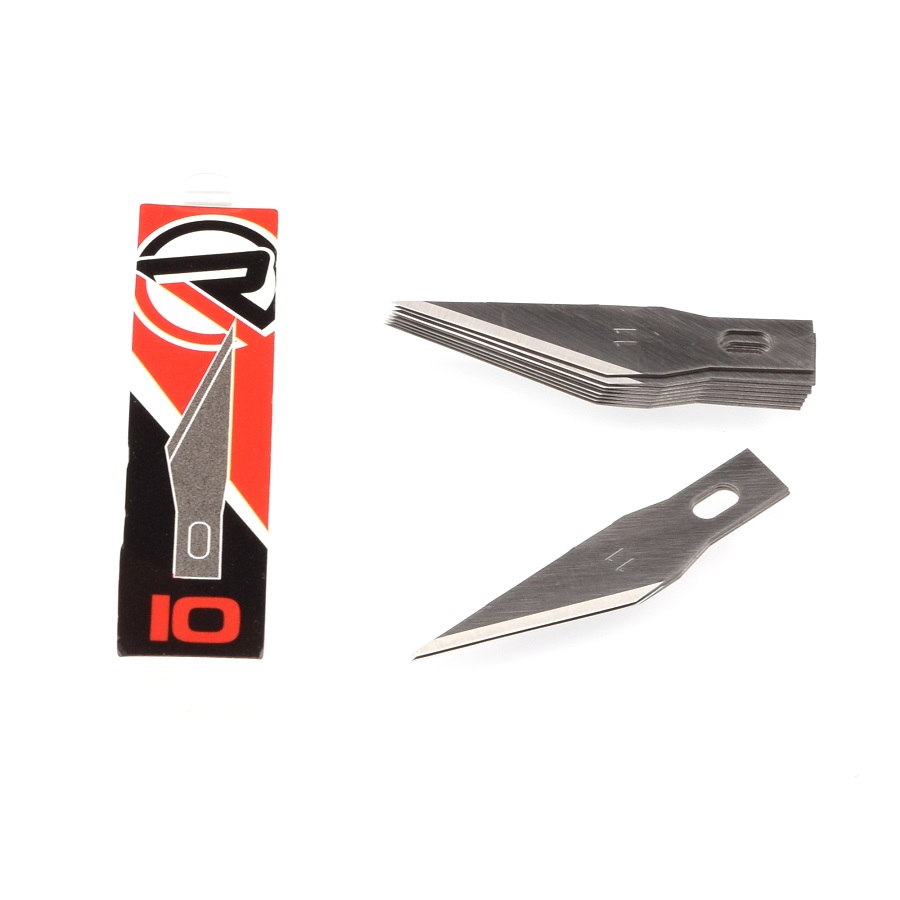 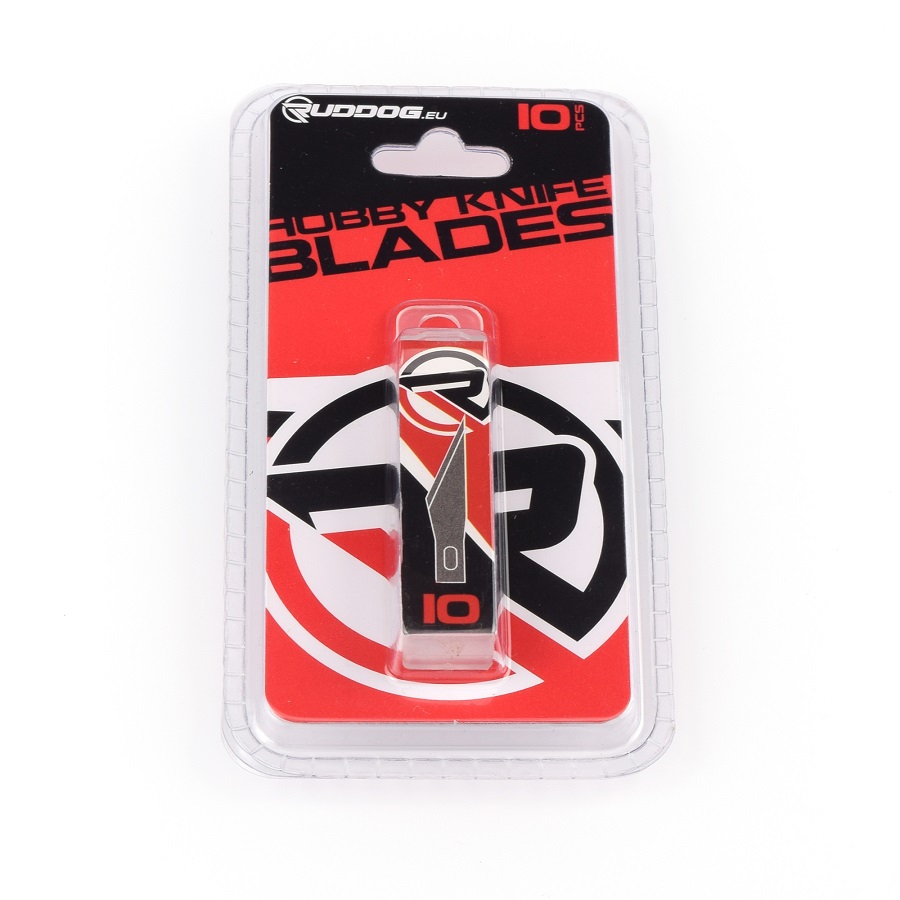 When it comes to cutting any hobby materials, it is always recommended to use a fresh blade to achieve the best results and ensure maximum safety. Ruddog’s #11 Hobby Knife Blades come in packs of 10 and are a perfect replacement for worn out blades of the RP-0527 Ruddog Hobby Knife or similar items.

#RP-0528 – 3,99 €
RUDDOG is distributed in the US by AMain Hobbies.
Visit RUDDOG.eu
See more posts about RUDDOG