From RUDDOG:
Made for all crawler enthusiast are the RUDDOG Crawler brushed motors, which are now also available in 550-size. Available in 5-slot specification and two different winding variants, the dual ball-raced motors feature adjustable timing, plated end bells, replaceable motor brushes and springs, brush heatsink towers and they are fully rebuildable if needed. The adjustable timing allows to adapt and optimise the motors for drivetrains that require reverse motor rotation operation. 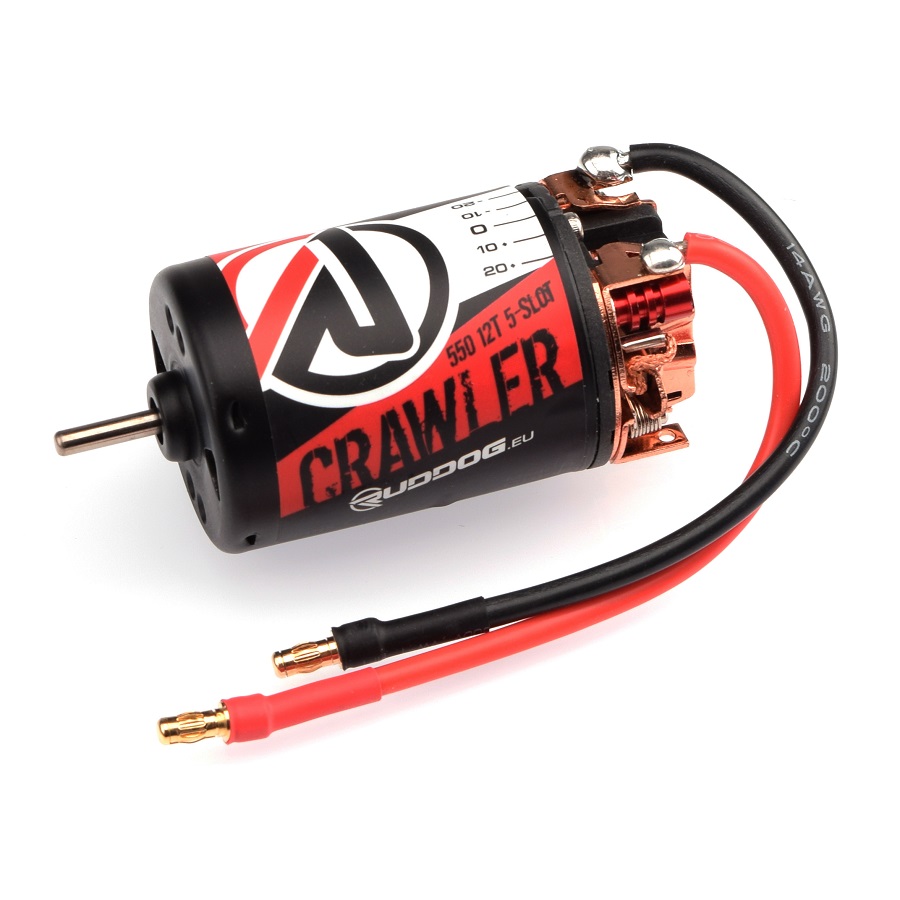 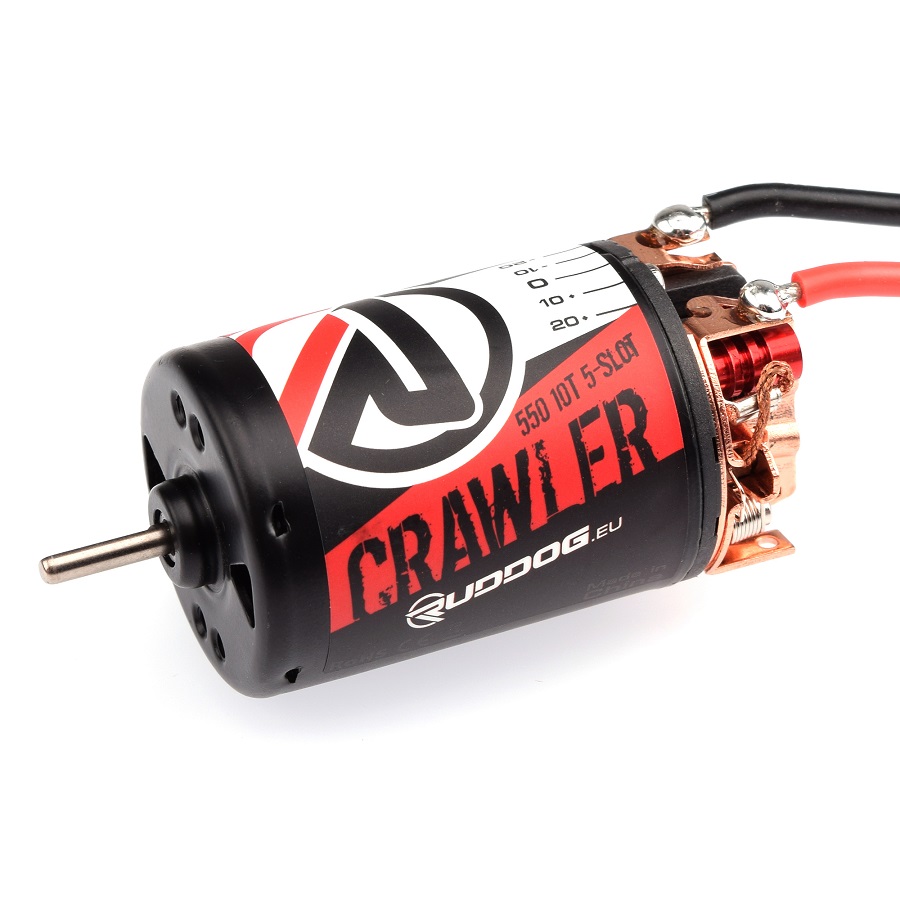 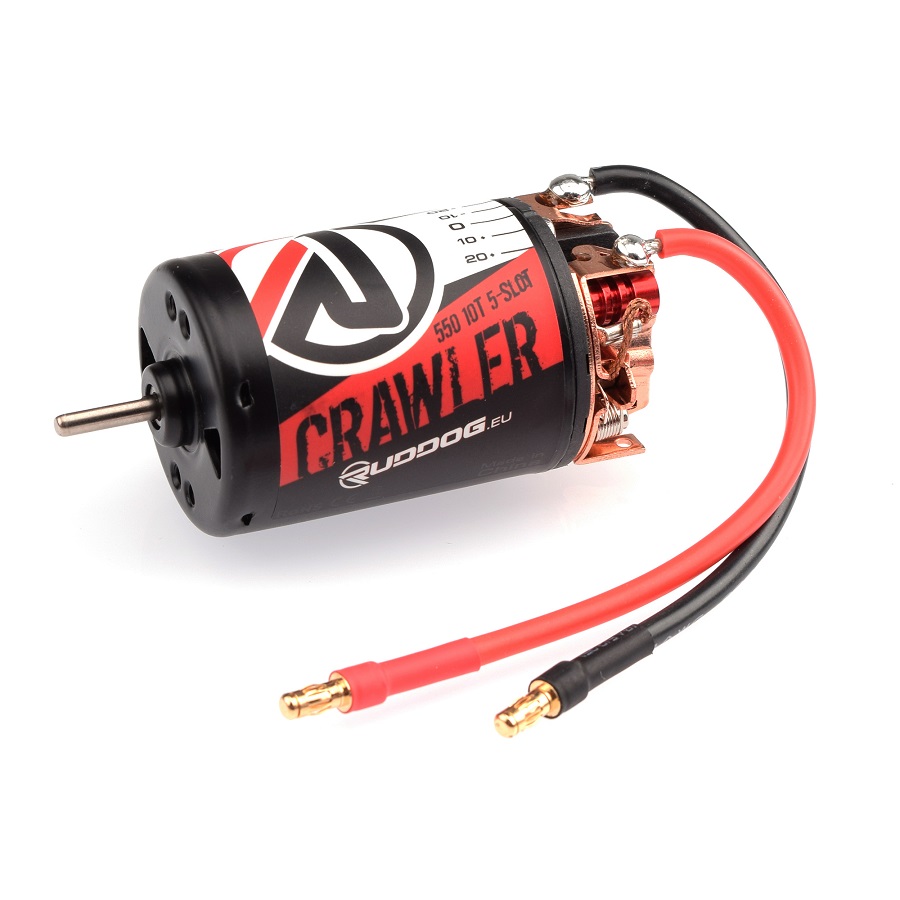 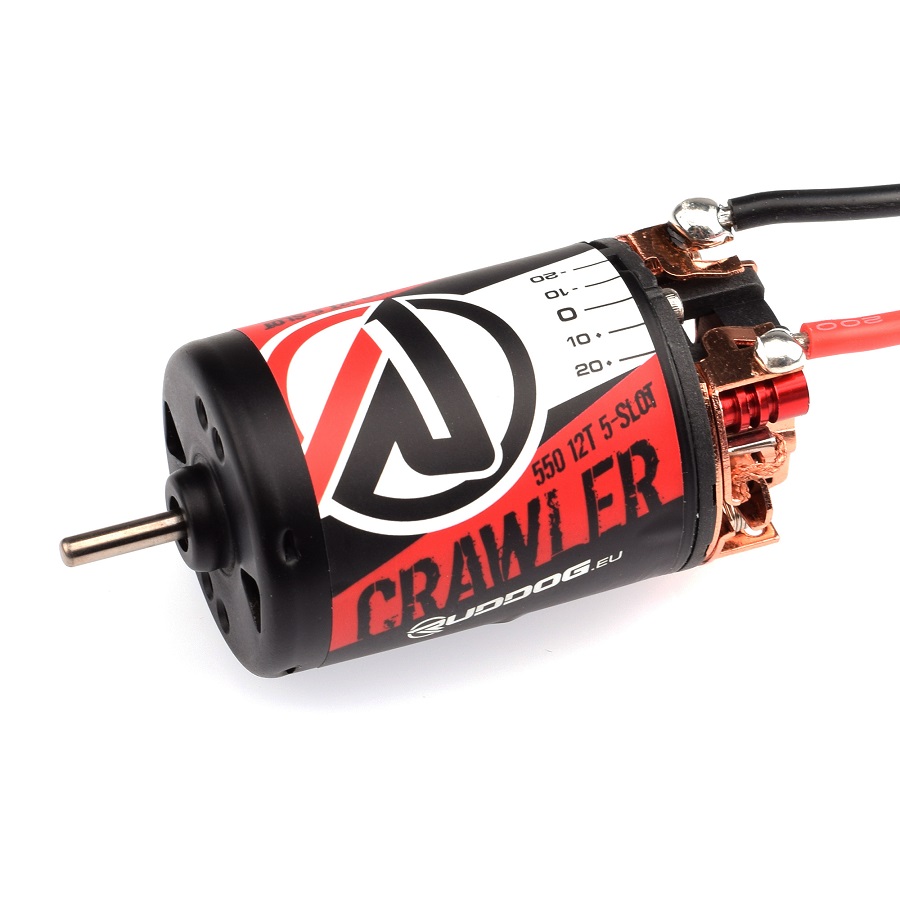