From RPM:
The Traxxas Unlimited Desert Racer is a scale work of art with performance to match. However, RPM customers have reported the stock trailing arms are a weak link. If you’re tired of bending and breaking stock trailing arms, RPM has the answer! Our Trailing Arms are hands down some of the toughest, lightest and most innovative trailing arms available.

What makes RPM versions so tough? We started by increasing the wall thicknesses by roughly 40% in the damage-prone areas around the shocks. We then added more material around the pivot balls by roughly 12%, using up all of the available room at the axle mount. We also squared off the bottoms of our Trailing Arms, giving us room to build our unique Trailing Arm Skid Plates (sold separately).

RPM Trailing Arm Skid Plates protect the Trailing Arms from skid and impact damage and are extremely easy to install, remove and replace. Two screws are all that’s needed and to maximize the effectiveness, each Skid Plate is reversible! If one end is taking the brunt of the punishment, simply flip it around for double the life expectancy.

RPM Trailing Arms and Trailing Arm Skid Plates are manufactured in the USA and are molded from our engineering grade nylons, factory backed with a limited lifetime breakage warranty. Bolt on a set today and never worry about fragile trailing arms again! 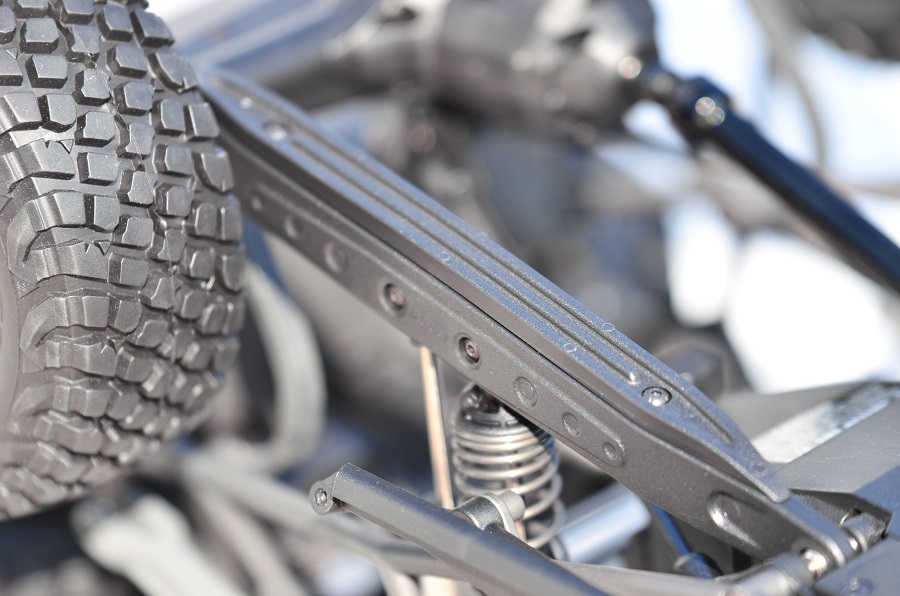