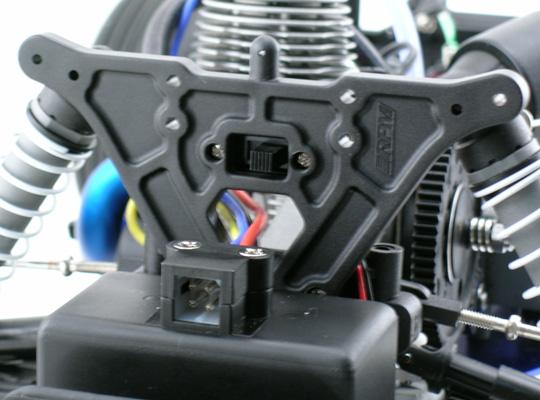 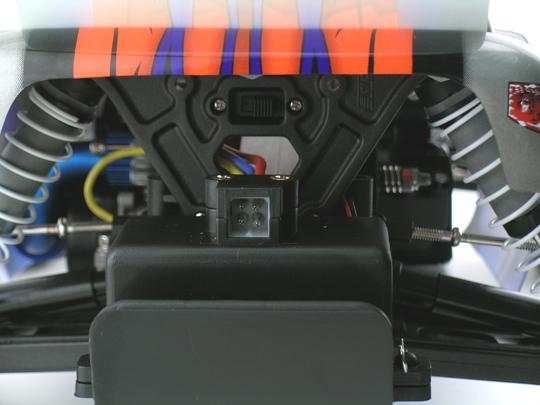 Latest from RPM. As usual, RPM has added a few improvements to the stock design, and you can expect these towers to be extra tough!  –Pete

RPM rear shock towers for the nitro versions of the Stampede, Rustler & Nitro Sport are designed with a twin I-Beam structure that significantly improves crash durability without altering stock geometry or rigidity. Additionally, weve altered the location of the on/off switch to be more accessible. The new location is ¼ lower than the stock version making it much easier to reach while the body of the truck is in place.

Additionally, the RPM rear shock tower has a wide, diamond-shaped opening that easily permits the stock easy-start connector to move through the shock tower allowing quick and easy removal and installation of the shock tower without disconnecting any wires.

For those Nitro Stampede owners, we added two body mounting holes in the rear shock tower so you can use 4 screws instead of 2 to secure the stock body mounts to the shock tower (additional mounting screws not included).

RPM rear shock towers for the Traxxas Nitro Stampede, Nitro Rustler & Nitro Sport are molded in black and are backed by our famous breakage warranty. These towers are direct replacement parts for ease of installation.