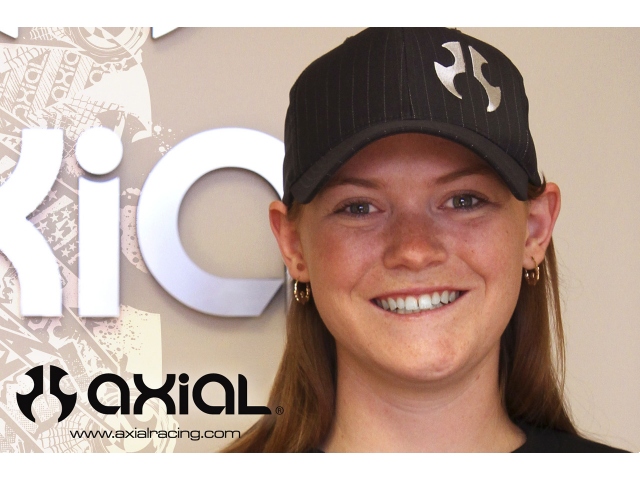 Downing will be driving the Axial XR10 with Hardline Body in competition at various events for the remainder of 2011, such as: Axial AWCC, Red Rocks, RCC Nationals and the AZ Summer Shoot Out.

“Jessi (as most refer to her), will be another great addition to the Axial team. She is one of those people that everyone loves to be around. She always has a great attitude and goes out of her way to help anyone in need. Axial is very excited to have Jessi as a team driver!” said Brad “Bender” Dumont, Axial Team Manager.

Jessica is the co-founder of Rock Candy RCC [rockcandyrcc.com], an organization that introduces girls to R/C Rock Crawling while also performing charity work for cancer research. The Rock Candy girls build custom rock crawlers, sell raffle tickets for the crawlers and give 100% of the proceeds to cancer research.

Jeff Johns, Axial Inc President, added, “We are thrilled to have Jessica on our Axial Team. Jessica has grown to be one of the top female drivers in the country through hard work and commitment to being the best.”

Jessi was among the top 15 drivers from collective Southwest Regions of 2.2 competition organizations in 2010; SoCalRCRC, OCRCRC, and SDRCRC in particular. These regional shootout events qualify competitors for the coveted Nationals invite. Some of Jessi’s accomplishments also include: