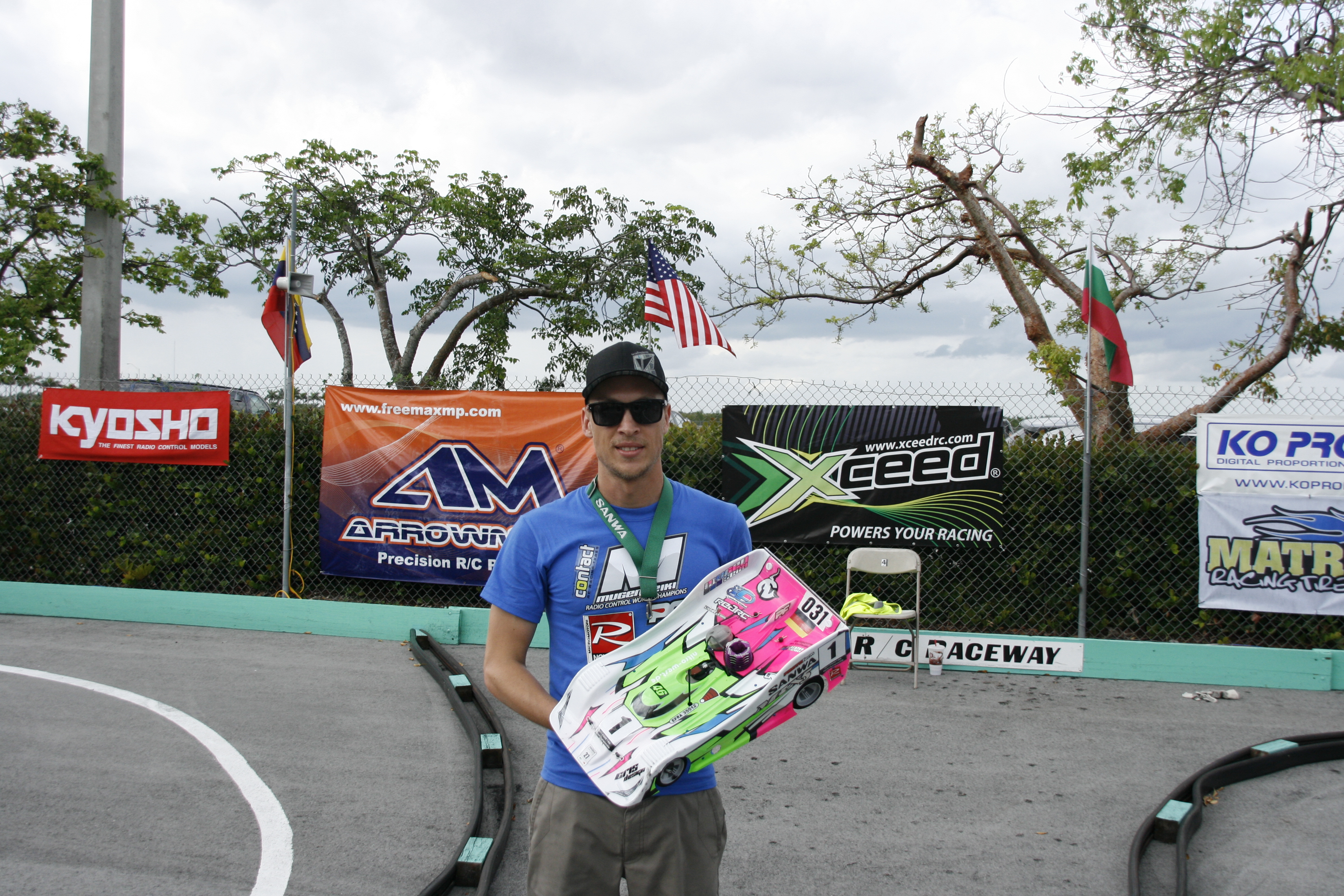 Robert Pietsch of Geramny started on the pole, but as the race went on, a battle was forming between Pietsch and Dario Balestri, who started third and had led many laps. It appeared that Balestri’s strategy would put him in position for a strong run in the last ten minutes of the race. Second place qualifier, Atsushi Hara fell back to third place fairly early in the race and was slipping after a particular tire change at about the halfway mark left him with a noticeably loose car. Unfortunately for Balestri, he never got to see if his strategy would work as rain started to fall and the race got called with 13 minutes to go and with Pietsch in the lead. The rules state that if a race has reached 75% of its duration, it will be called.  Keisuke Fukuda of Japan finished second with Balestri in third. U.S. driver Paul Lemieux never started the A-main due to a steering servo that failed during the warm-up laps. 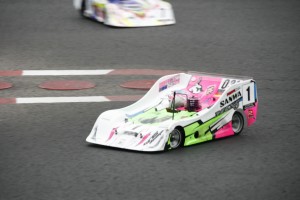 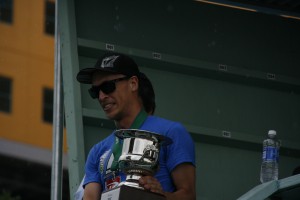