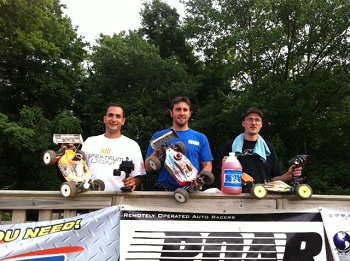 This past weekend JConcepts driver Jamie Grayek dominated Round 2 of the ROAR Region 2 Off-road Series held at Nuclear RC in Parkton, MD. Conditions were extremely hot and humid and the track was loamy and super bumpy. Jamie managed to TQ the first round of qualifying running on JConcepts Hit Men in blue compound. Jamie Also ran the same set of Hit Men in the main. Jamie tried the new JConcepts Hybrids in the 2nd round and was even on a faster run but had a bad crash ending up 2 seconds slower but managed to keep TQ. In the Main, Jamie had a rough start with a bump in the rear spinning him out but by lap 2 he was leading and ended up putting 3 laps on the field in 30 minutes. 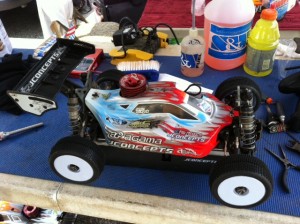