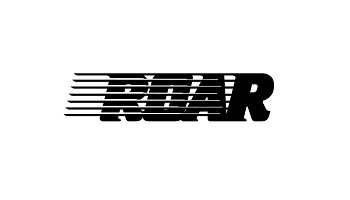 Thanks to popularity of the TLR 22 buggy, many manufacturers now offer “shorty” LiPo packs that pack enough power and run time for your typical electric race, and they provide some more tuning options. Fearing that car manufacturers might start designing a new chassis around these smaller LiPo packs, ROAR has taken the initiative to set the rules on chassis length. Read the press release below for more info:

After careful consideration, the ROAR Committee has approved some new wording to clarify acceptable chassis configurations for electric racing after the release of a number of “short” battery packs. These packs are generally shorter than maximum length, which are completely legal, given that the rules only specify maximum dimensions for the battery packs. The risk, however, is that a chassis might be built around a short pack, which would be a very negative development in the opinion of the Executive committee. While some members of the electric committee preferred a different approach, it was the judgment of the Electric Section Chair and by a unanimous vote of the Executive Committee, that it would be more prudent to clarify this rule before it becomes an issue. Waiting until one or a few chassis are configured in such a manner would not be in the best interests of members who invest in these products, the manufacturers that make them, or retailers. In short, it would not be a benefit to anyone. It’s the position of the Executive Committee that it would be a costly and unpopular decision for all involved, to wait until after everyone has an investment in a chassis configuration that would ultimately be deemed not legal.

The intent of the rule is to prevent any chassis from being developed that will only fit a short battery pack. Such a development would exclude the racing public from being able to use the vast majority of ROAR and IFMAR legal battery packs. In addition to reducing the member’s choices of battery, any supply issue with a special size battery may preclude the members from being able to compete until the supply issues are remedied. When weighed against all outcomes, the ROAR committee decided that action ahead of any developments is the most logical and rational choice. Please refer to the wording of the rule below for the specifics, and thank you for continuing to support RC racing.

All chassis in all electric classes (except those specifically noted) MUST accept batteries up to the maximum dimensions allowed for its application. The legality of a chassis will be determined as presented to technical inspection. Chassis that require a configuration change, and/or a modification to fit a battery of maximum dimensions will not be considered legal, and the racer will be disqualified. Foam blocks/spacers are permitted to secure any size battery in its position, but the aforementioned spacers may never be attached to the chassis. The only exception is 1/8 off-road where it’s common to use two battery packs to achieve the maximum 4S configuration, or to use a single 4S battery, which has a different specification. Only under these circumstances will the fitting of either configuration be considered legal, but the production chassis must still conform to batteries of the maximum allowable dimensions.

If you like this article, check out this additional article on ROAR.