Are you a fan of Roadkill — the YouTube show hosted by Hot Rod editors David Freiburger and Mike Finnegan that is part dream-project how-to, part automotive dumpster dive, part double-dare contest, and pretty much gearhead nirvana for anyone who likes the idea of turning junkyard beaters into (somewhat less junky) driveable, often bizarre — and occasionally even fast — fun cars?

The guys at Traxxas are — and it turns out that in Finnegan’s case the feeling is mutual. They got to talking at SEMA 2016 and Traxxas decided to build a 1:10 RC version of one of Roadkill’s most impressive — and infamous — builds: Blasphemi! 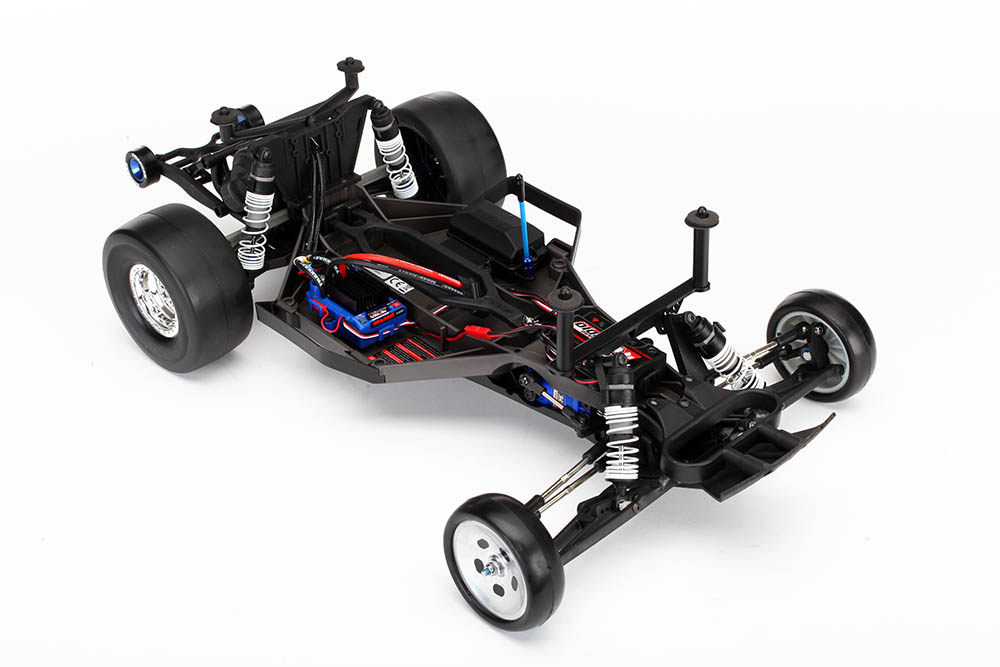 Check out this link to the Roadkill page that gives details about what went into this Slash-based build. You can’t buy them turn-key, but it was built with off-the-shelf parts so (in proper Roadkill style) you can recreate your own version.

Finnegan even posted a teaser vid on the Roadkill Facebook page:

And if you’re not familiar with the real Blasphemi, here’s the short version: Finnegan always wanted an old-school gasser, so when he stumbled across a not-completely-thrashed ’55 Bel Air bare shell he built one. But being a Mopar fan he decided to stuff a 535ci crate motor Hemi in place of the expected big-block Chevy — hence the name. Check out the clip of Finnegan duking it out with a Challenger Hellcat!

Better yet, google “Roadkill Blasphemi” (and prepare to write off the next several hours).