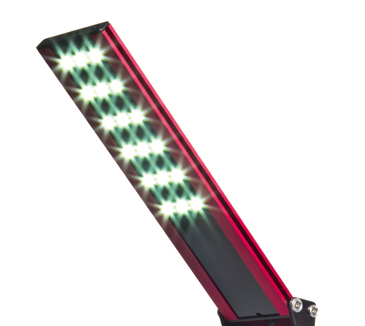 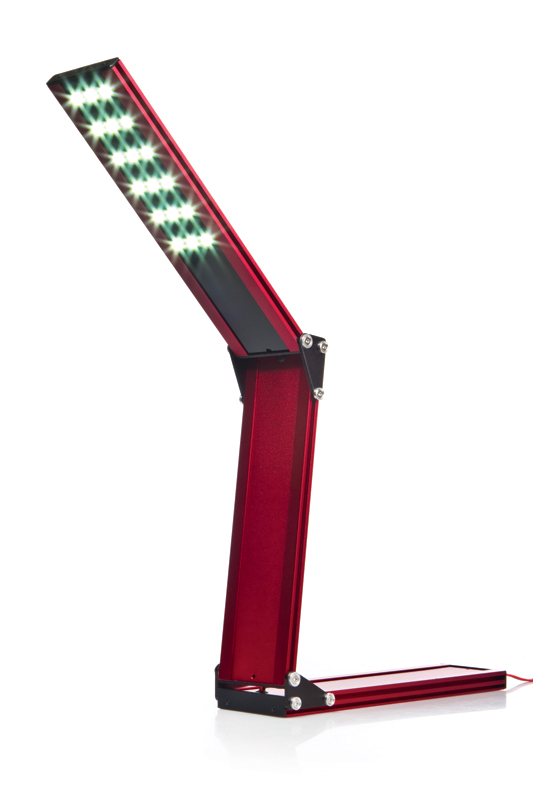 Picture the worst pit space at your favorite indoor track. It might be the smallest, the most rickety, or the closest to the bathroom, but chances are what makes it the worst is the light—or lack thereof. If you’ve ever tried working on your car in less than bright light, you know how frustrating it can be to examine parts, install components, and make adjustments with fewer photons bouncing onto your rods and cones than your brain needs to figure out what exactly it is you’re looking at. A folding pit light is the time-honored solution, but the benefit (light!) comes with a few drawbacks. First, there’s a bulb to break. Never broken one? Consider yourself jinxed. Second, there’s the cord—one more cord to wrap and wrangle, one more plug to find an outlet for.

Turnigy’s TrackStar rechargeable LED Pit Light addresses both issues. Instead of a bulb, the TrackStar gets its glow from eighteen 6500K chip LEDs. If you’re not hip to color temperature, 6500K simulates natural, white light. And the Pit Lght does indeed shine a bright white light that reveals true color and is easy on the eyes. The light is also more diffuse than a single-source light would be, since it’s coming from eighteen LEDs instead of a single bulb. Those LEDs also draw much less current than an incandescent or fluorescent bulb of similar output would require, which lets the light shine for over three hours on a single charge of its single 2600mAh LiPo. The slender pack is hidden in the foot of the light, and is charged via a standard JST plug, which is included. If you’re worried about accidentally over-discharging the LiPo, don’t be—low-voltage detection circuitry is built in. You can run the light until it winks out without fear of hurting the battery.

The LED Pit Light’s aluminum construction has proven tough. The only hitch we encountered was a drop that popped the LiPo pack off the low-voltage detection/charge jack circuit board within the light. Reinstalling the battery required a few minutes of disassembly, but no soldering—the pack simply plugs into the board. Double-sided tape keeps the pack from sliding inside the light, or at least it did until we dropped it. A fresh piece of servo tape made the fix, and there have been no problems with unplugging since.