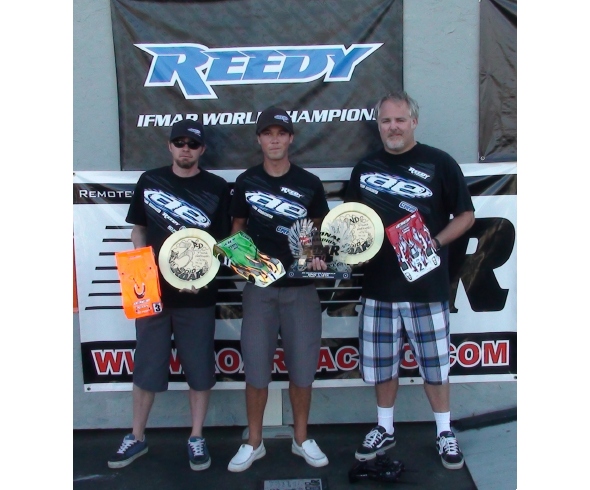 Keven Hébert dominated the 1/12 Open class at the 2010 ROAR On-Road Nationals hosted by Norcal Hobbies in Union City, CA. By scoring maximum points in three out of four qualifying rounds, Keven secured the pole position for the triple A-Main event. Teammates Rick Hohwart and Bob Stellflue rounded out the top three positions on the grid.

The main event was dominated by Hébert. Although Hohwart put up a fight, Hébert easily won the first two legs to secure his first ROAR Nationals title. With the championship decided, the third leg was won by Hohwart who secured the second position overall. Stellflue claimed the last step on the podium to make it a 1-2-3 Reedy/LRP sweep!