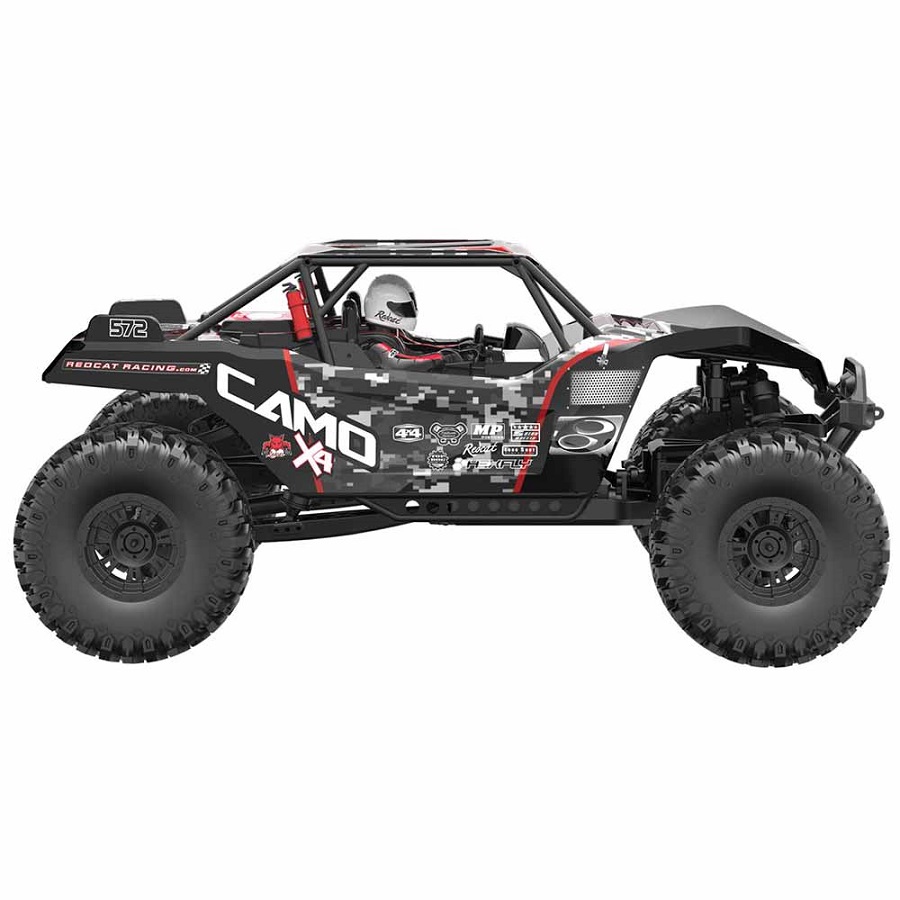 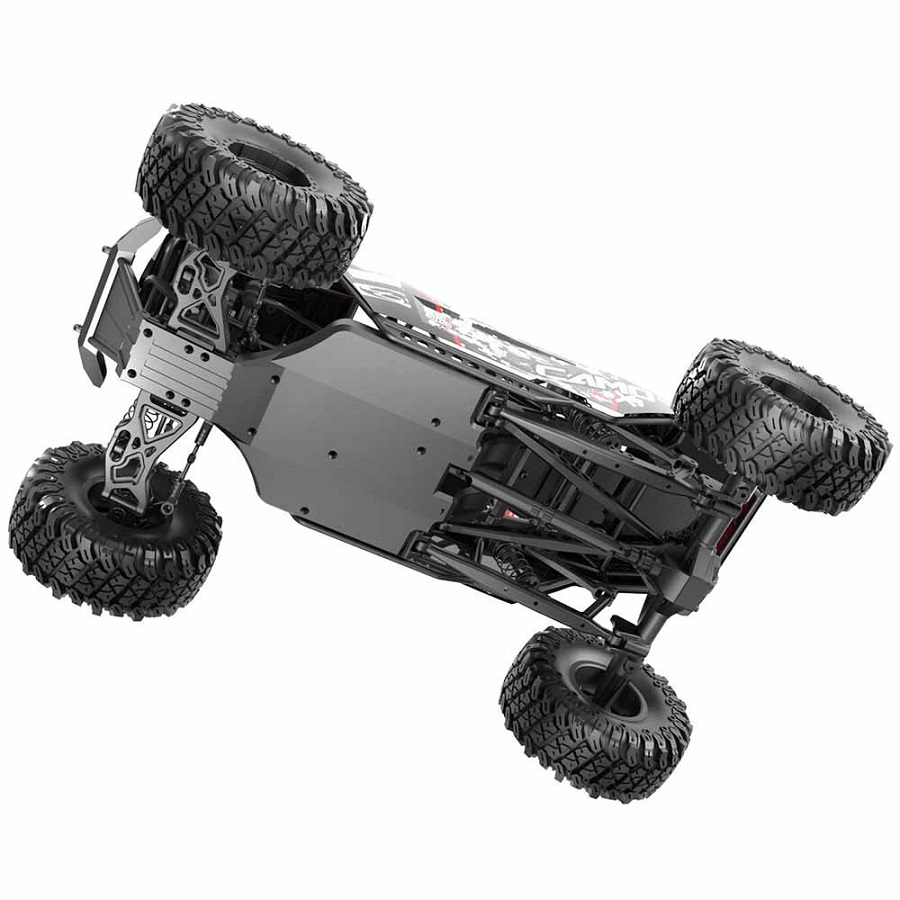 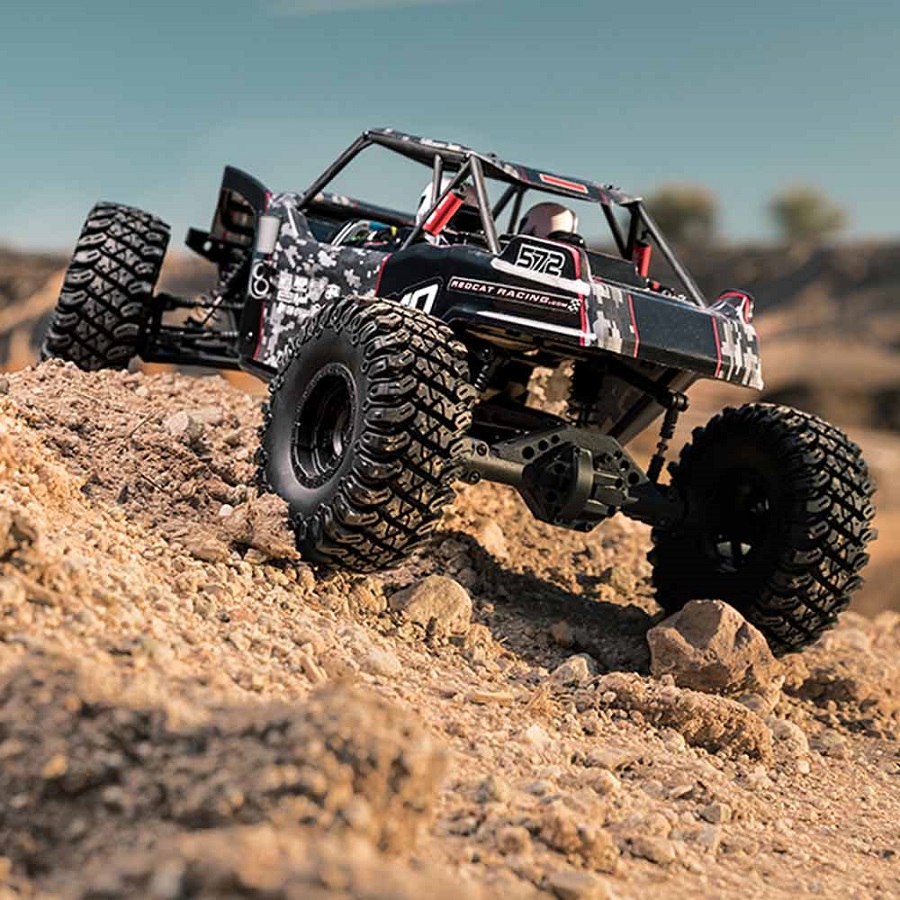 Are you ready to take on the Rock Racing series? Then the Redcat Racing Camo X4 is ready for you.

The Camo X4 chassis design offers the realistic driving characteristics of a full sized Rock Racer. The Camo X4 features a, 4-link suspended, solid rear axle and independent front suspension for a true rock racing experience. The Camo X4 is ready to run once you supply the required batteries and charger. The Camo X4 uses a 7-cell NiMH battery or a 2S LIPO battery (battery not included). The CAMO X4 was designed to be an all around great performer, as well as a stunning display piece while not in use. Housed inside the full roll cage, a detailed cockpit with scale driver and navigator add to the CAMO X4s shelf worthy appeal. Additional scale details, like the fire extinguisher, round off the X4s scale appearance.

Not only was the CAMO X4 designed to look good, it was also designed to perform. The large off-road tires are aggressive enough to grip the toughest terrain, and look awesome doing it. The X4 may surprise you with how well it handles these terrains at high speeds, after all, the Camo X4 is designed to go fast! The rear sway bar allows this purpose built rock racer to sweep through corners just as easily as it flies over jumps and bumps. The Camo X4 is NOT your average buggy! 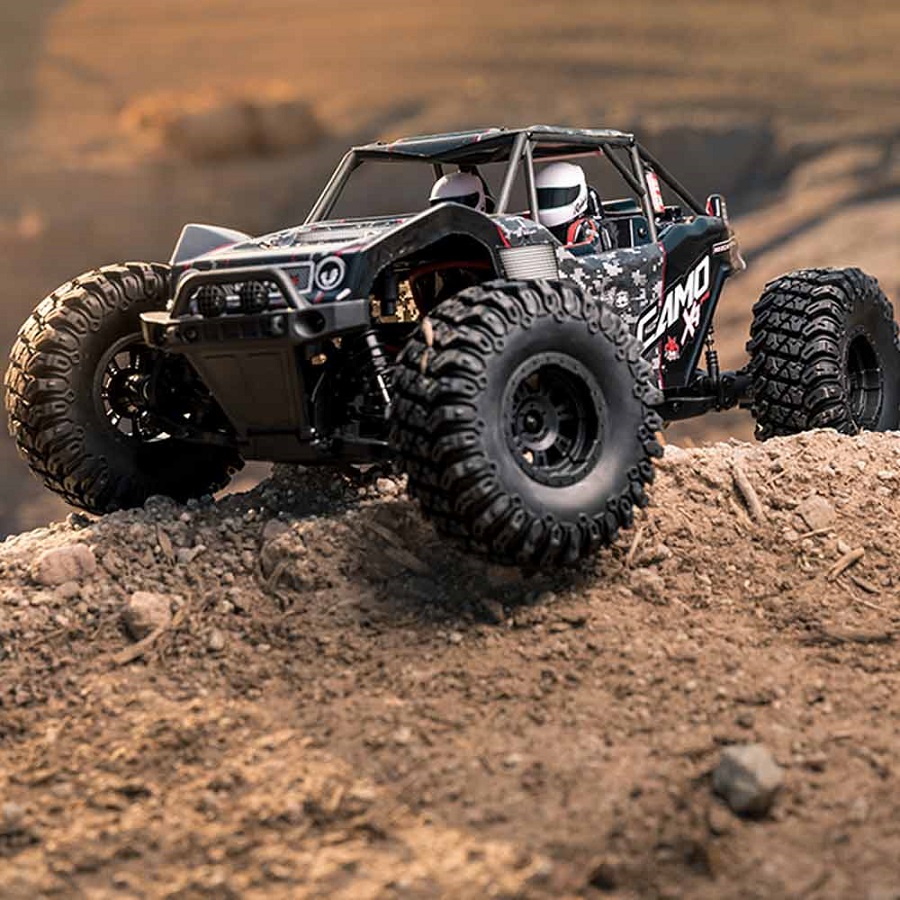 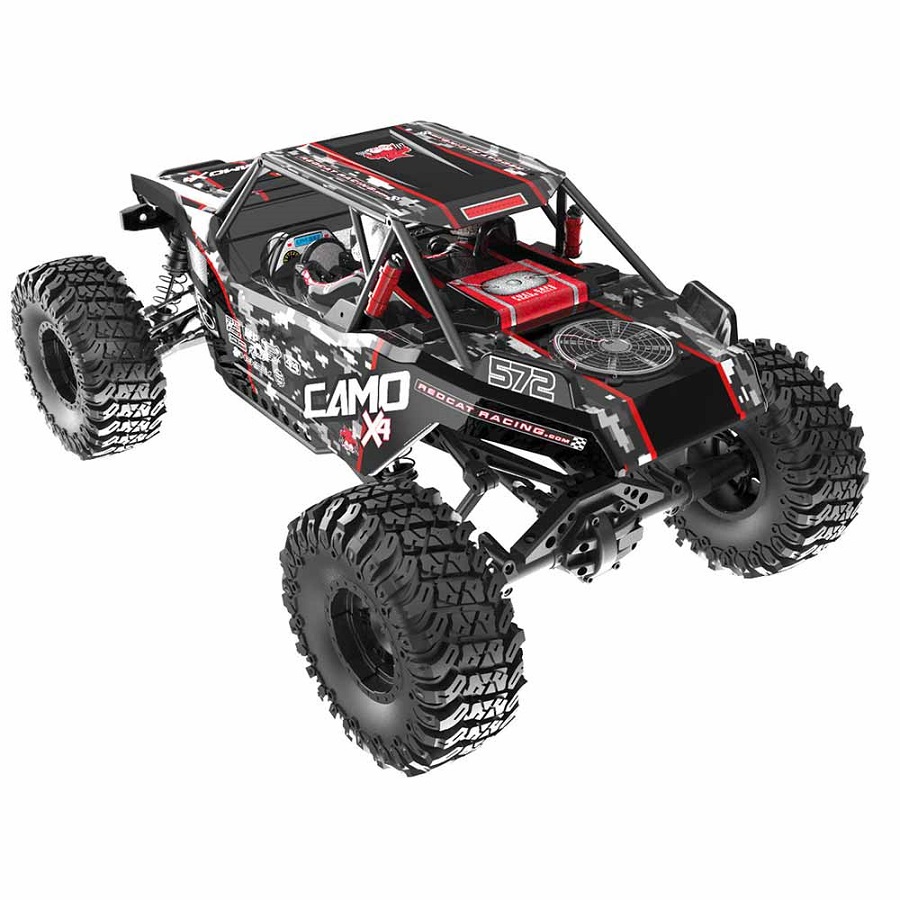 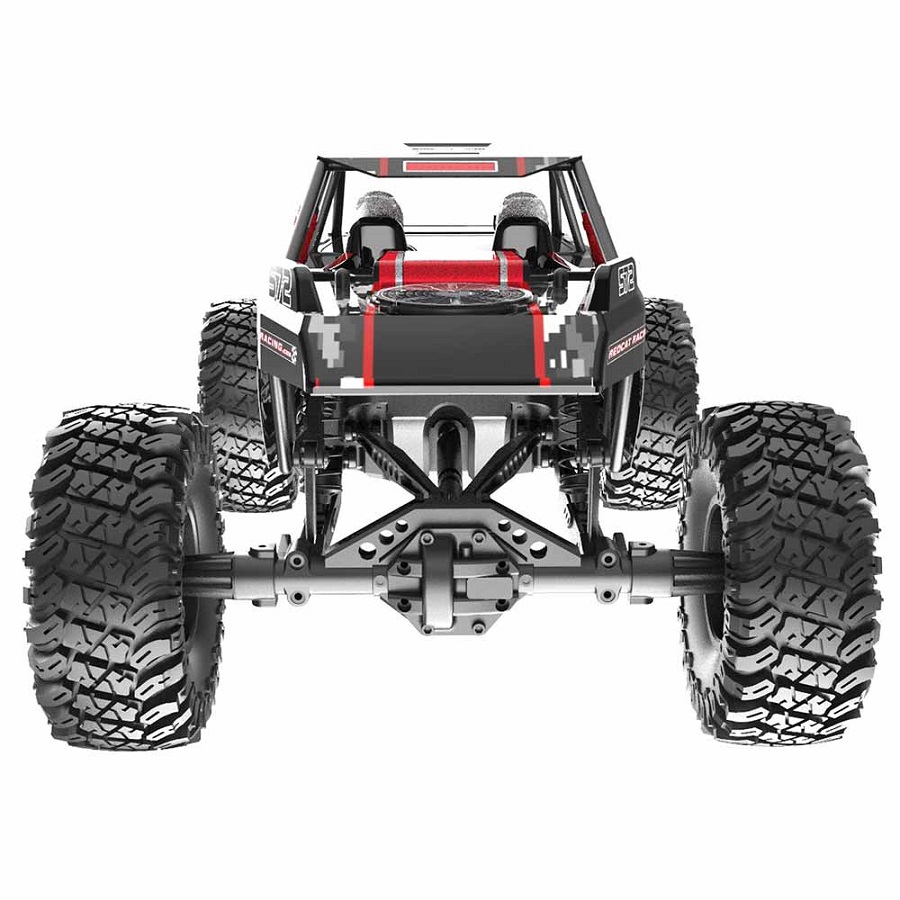 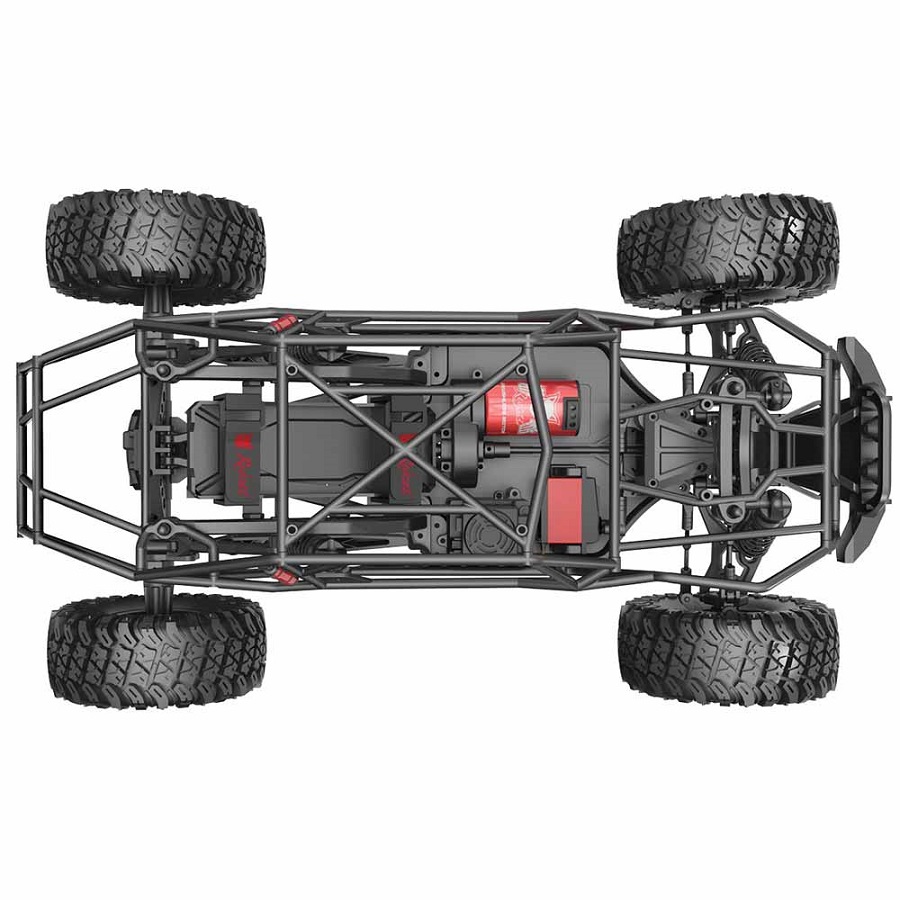 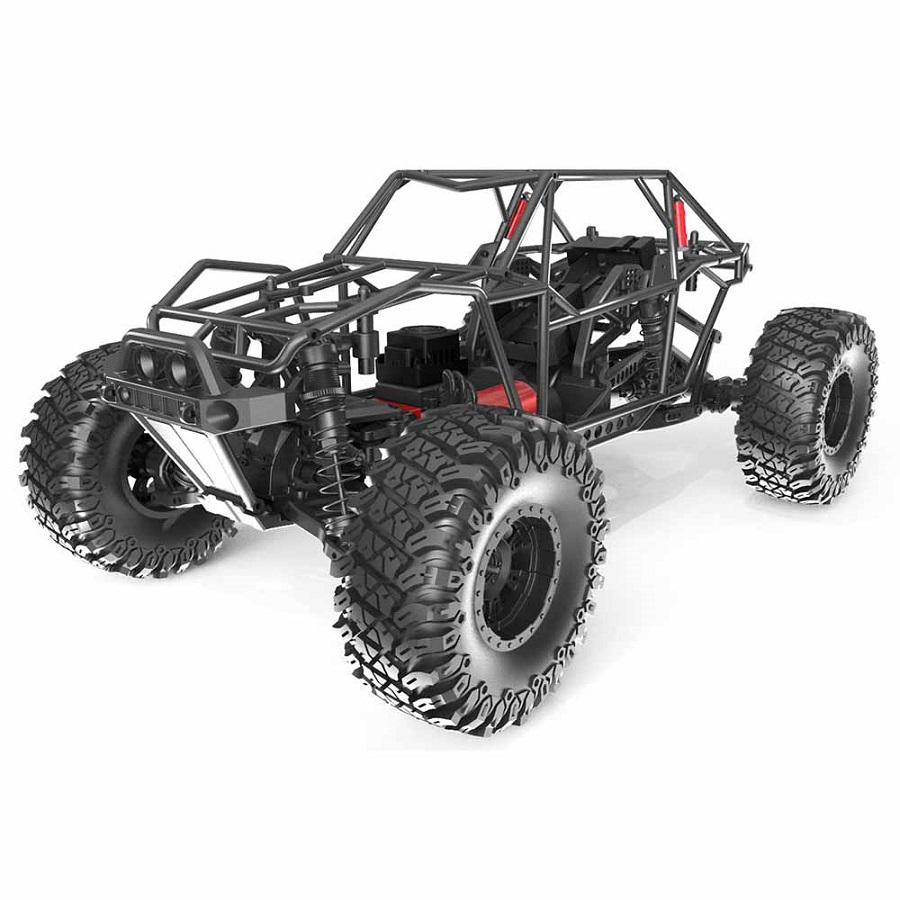 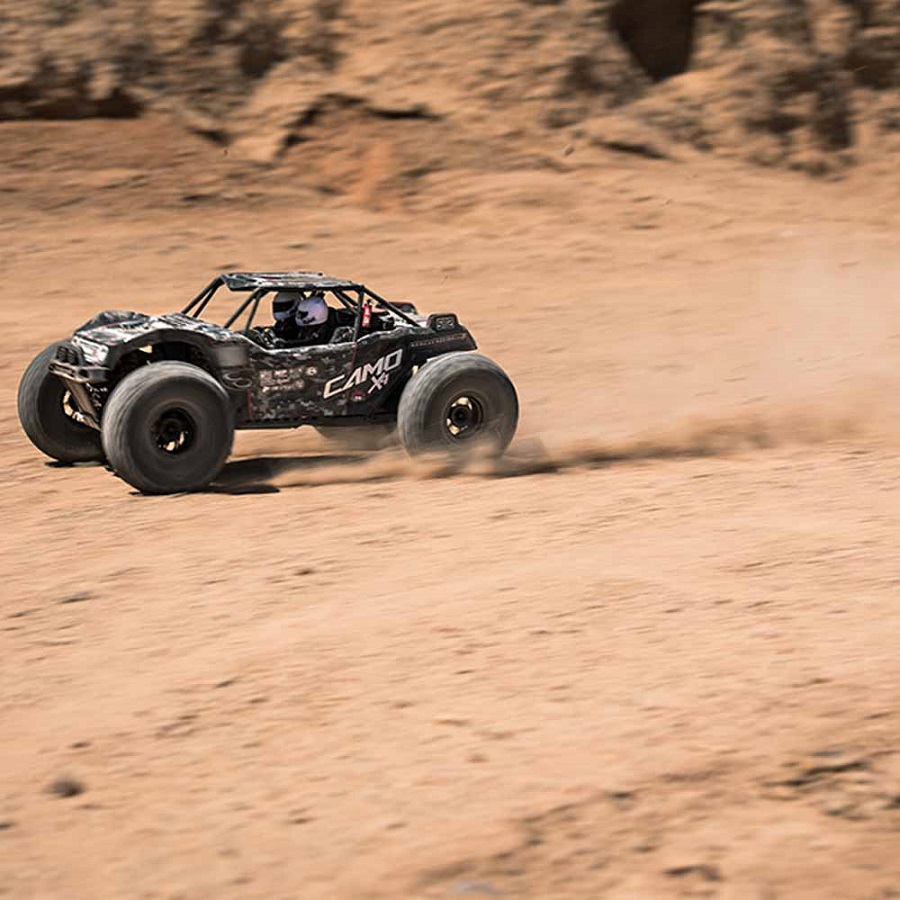