Traxxas is soon to announce the new RTR Ford F-150 Raptor SVT. (aka. Traxxas 2WD Slash platform). Traxxas may not have made the whole truck “all new” but lets face it, you have to hand it to them for making an RTR body a lot better looking than the previous ones. Yeah it’s a Ford, and for those who know me I’m more a Chevy guy. I like it though. I know you can buy a Ford Raptor body for the Slash already, but hey…. if you can get it like this, why not? I know some RC Car Action readers would like to mention that once again Traxxas has made another new vehicle without making anything new. Based on observation here, they are not necessarily calling this a Slash. Call it something else right? No one will notice. Tamiya tried this years ago with The Juggernaut. Then Juggernaut 2. But then came the TXT-1. (not exactly the same situation, but you Tamiya TXT-1 owners will know what I mean) Back to Traxxas, It would seem to me that if this “Alternate Image” worked for the 1/16th scale line, they I guess Traxxas can do it for the 1/10-scale vehicles as well. After all, they did the same thing for the Monster Jam series for the Stampede. What’s the difference here?

Either way I think Traxxas is doing well for trying to add a fresh face to the short course truck series they have. I’m sure we will see a new complete new platform again soon, so lets just soak up the stuff in between and enjoy the ride.

What do you think?
Are you pumped for the new Slash look??? 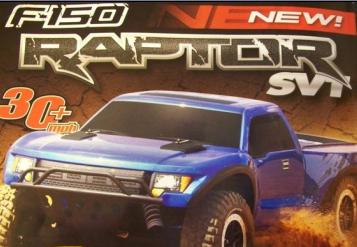 You can check out my other article entry’s HERE