FARM TRUCK
Bill Sofroniuk « Alberta , Alberta , Canada
Bill wanted to build a custom truck that would test his kit bashing skills. He had never used styrene before, so he used the plastic sheeting to create the pick up’s cab back and front of box. Then he cut the bucket seats out and built a bench seat, and used an old t-shirt as a seat cover. When Bill got into the painting portion of the project, he used a thin strip of styrene to act as the body trim. He also made a sliding rear window, because he wanted to make a mag mount CB antenna and a place for the antenna cable to get into the cab. Used CD cases were used to create the window and more styrene for the window trim. Great job on your custom made creation Bill! 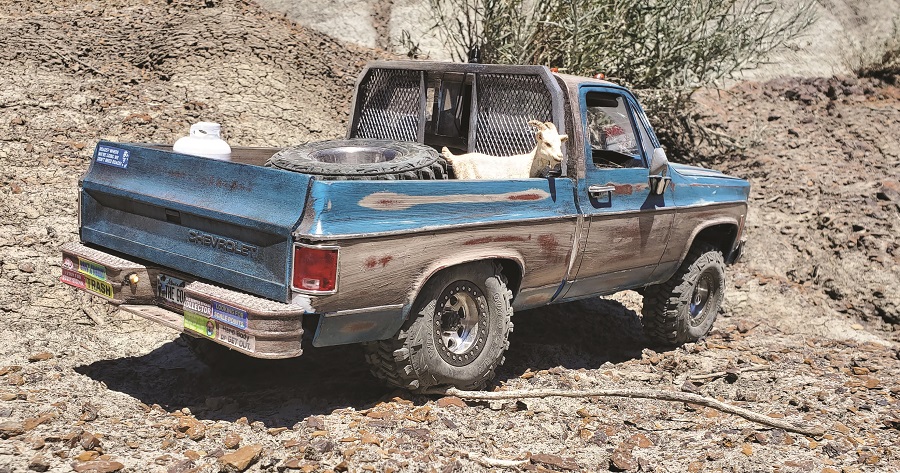 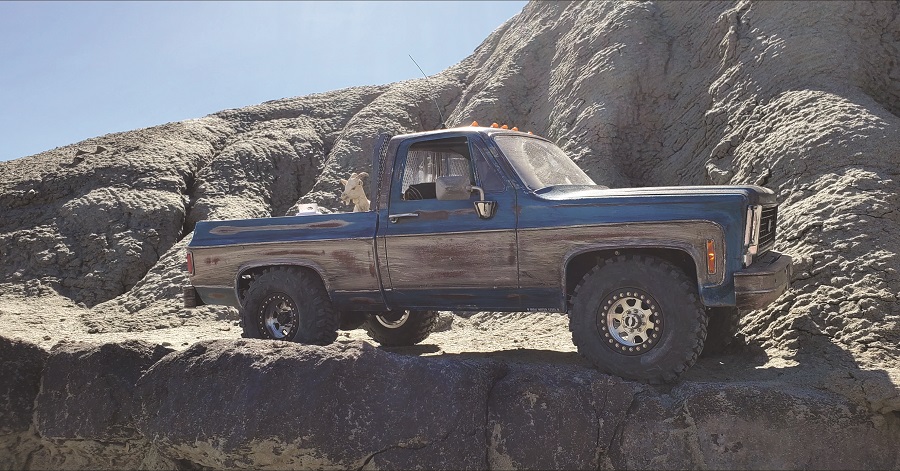 OLD BANANA
Joseph Rocha « Adelanto, CA
Joseph wanted to build an off road utility truck but it almost didn’t happen because he couldn’t source the ProLine Utility bed that he wanted to base his project on. At the time, he had ordered RC Exclusive’s utility boxes, which were perfect to use in ProLine’s bed. Luckily, he was able to source one from a seller in Australia. Joseph wanted an old faded paint look for the truck so Old Banana was painted by SNT GFX. He coupled the paint with some Axial rust stickers that he found to create the look that he was looking for. Not only does it look great, he reports that Old Banana is a great tow rig to boot. We’re loving it! 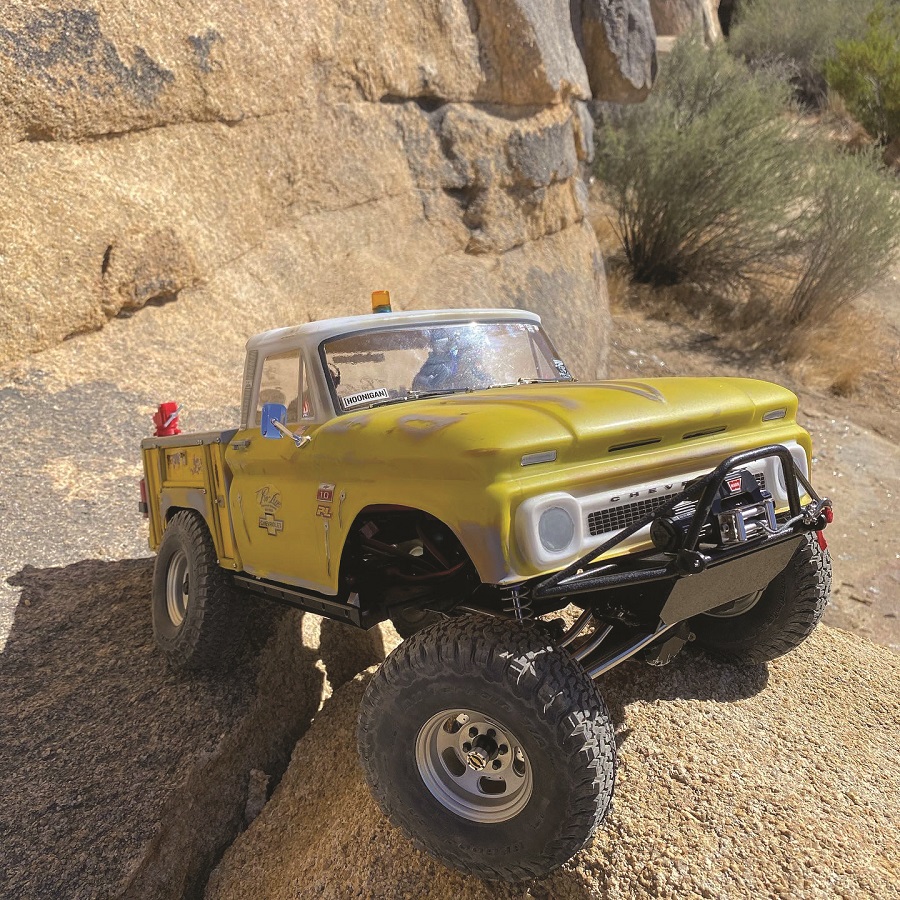 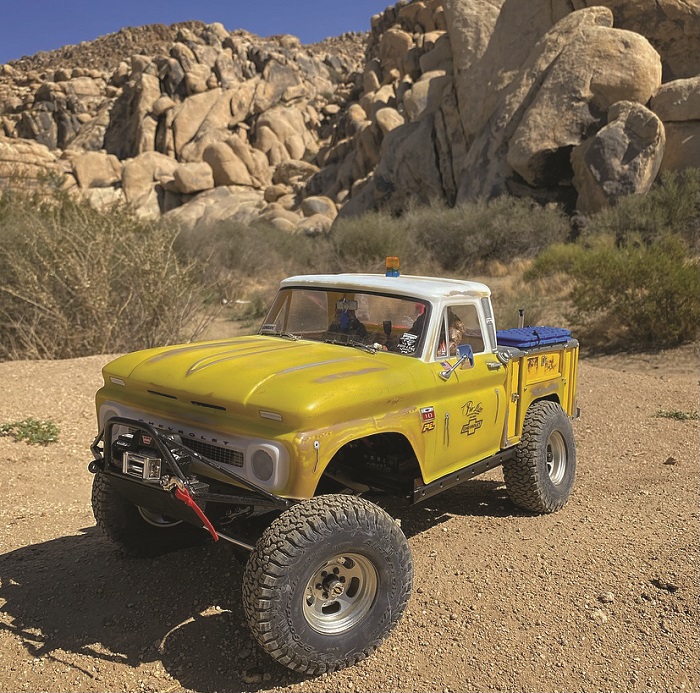 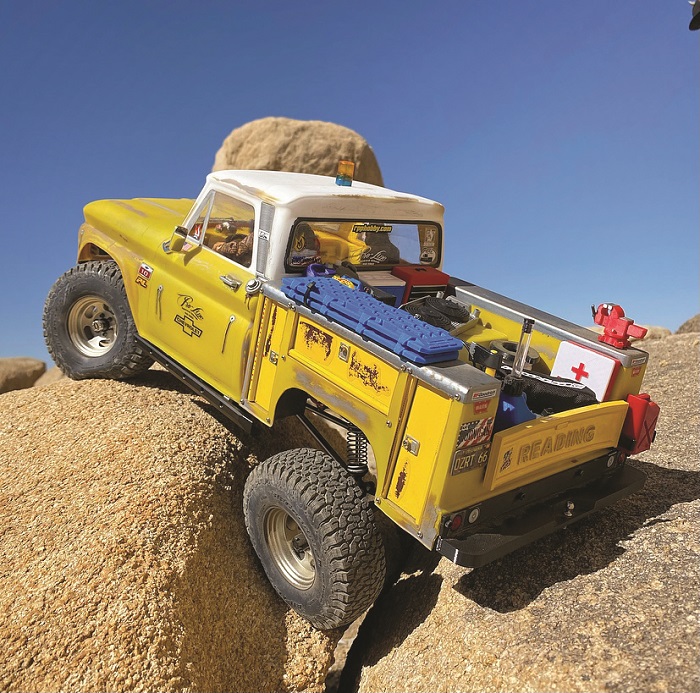 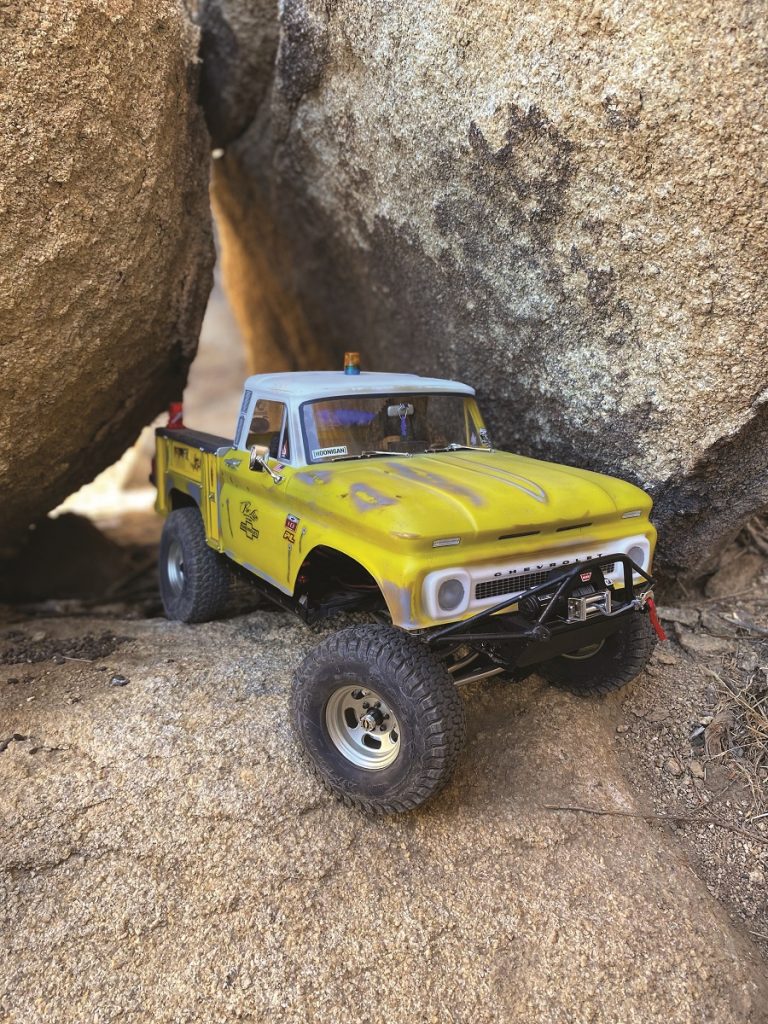 THE SUPER STRIKER
EVAN LEE « Strathroy, Ontario, Canada
Evan picked up a Tamiya Striker about 10 years ago, which even at that time was not a popular choice, but it turned out to be one of his favorites. After the front suspension arms broke, he installed the Team CRP FX-10 Front Suspension Kit that was a popular upgrade for the Tamiya Striker at the time. His engineering background soon had him pursuing other means to upgrade the buggy, leading to the highly modified machine you see here. It was upgraded with the intention of increasing its driving performance, while retaining the spirit of the original concept. The front wing was added to honor its off-road Formula 1 concept. The stock Striker was built from all the spare parts he had and provides a nice contrast to the modified version. While the Striker remains a polarizing buggy, Evan’s “Super Striker” shows some possibilities for the chassis. 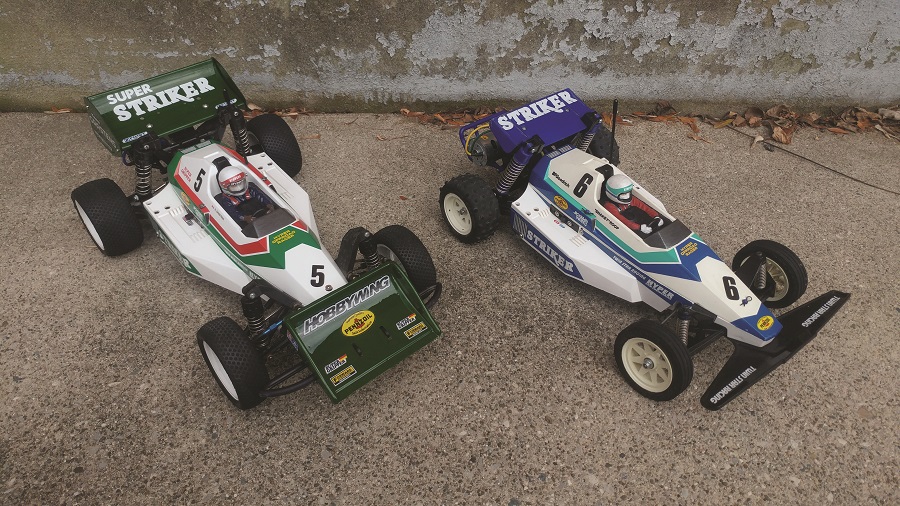 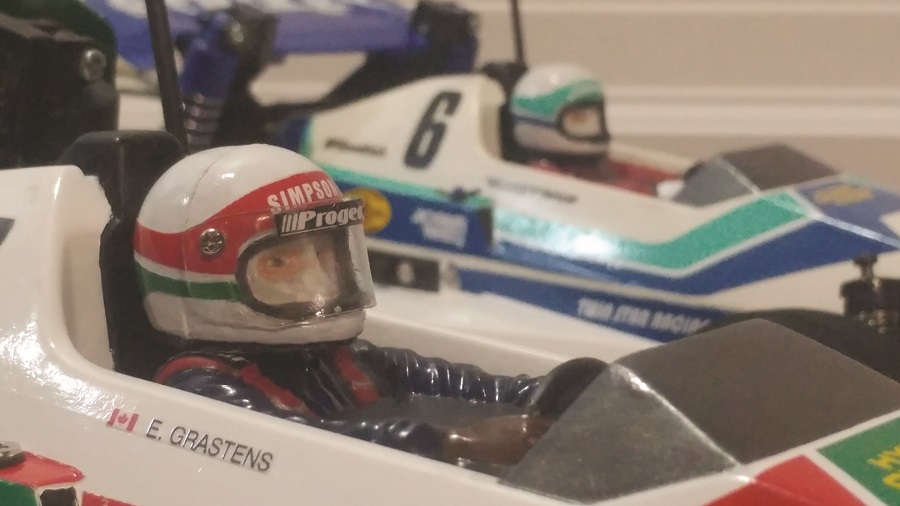 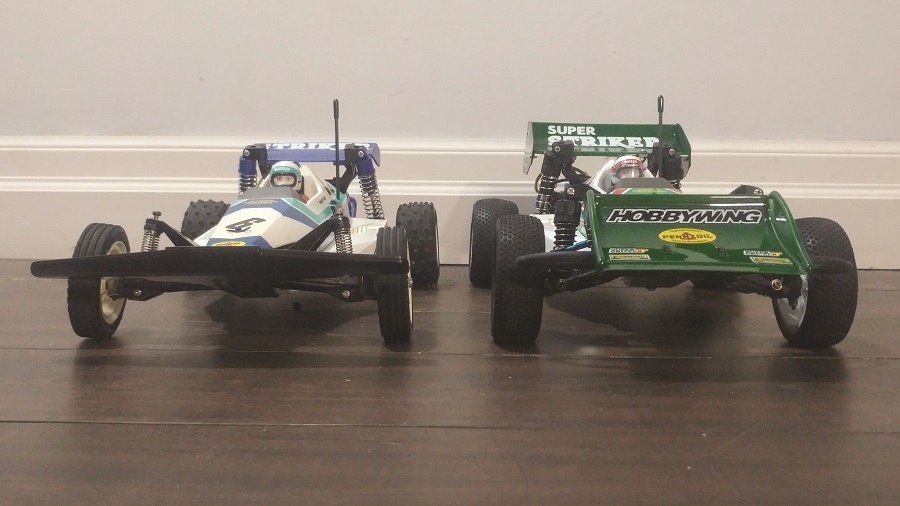 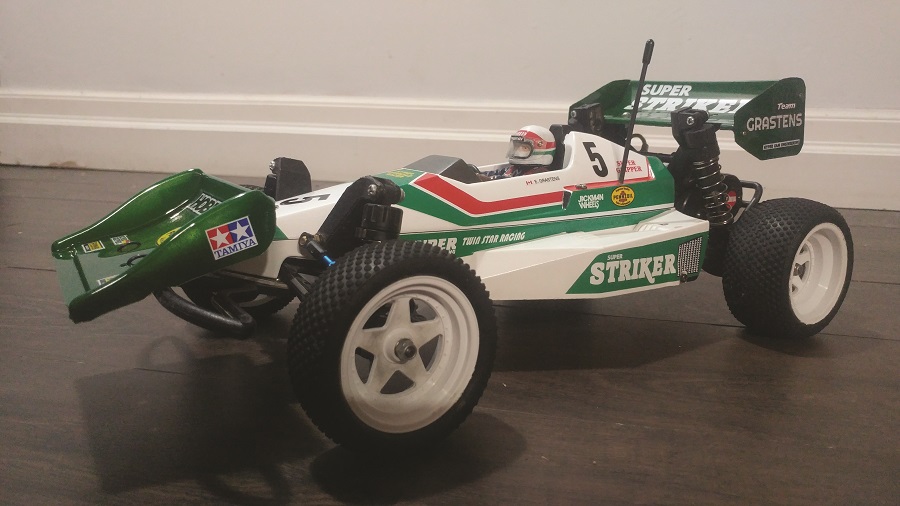 DEMON
Pedar Staley « Chesapeake, VA
This custom Cross RC Demon was submitted by its owner, Pedar Staley, who has thoroughly customized it with plenty of scale parts including a custom paint job and LED lighting too. It even has a scale driver and dog riding in it too. The detailed Cross RC SU-4 body is made of hard ABS plastic, which gives it an even more realistic look. With its full interior that boasts five seats, we’re sure this rig is a fun ride to show off on the trails. 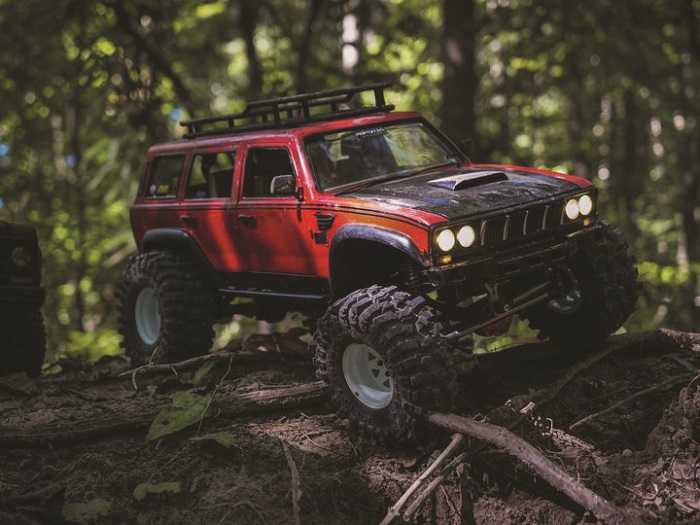 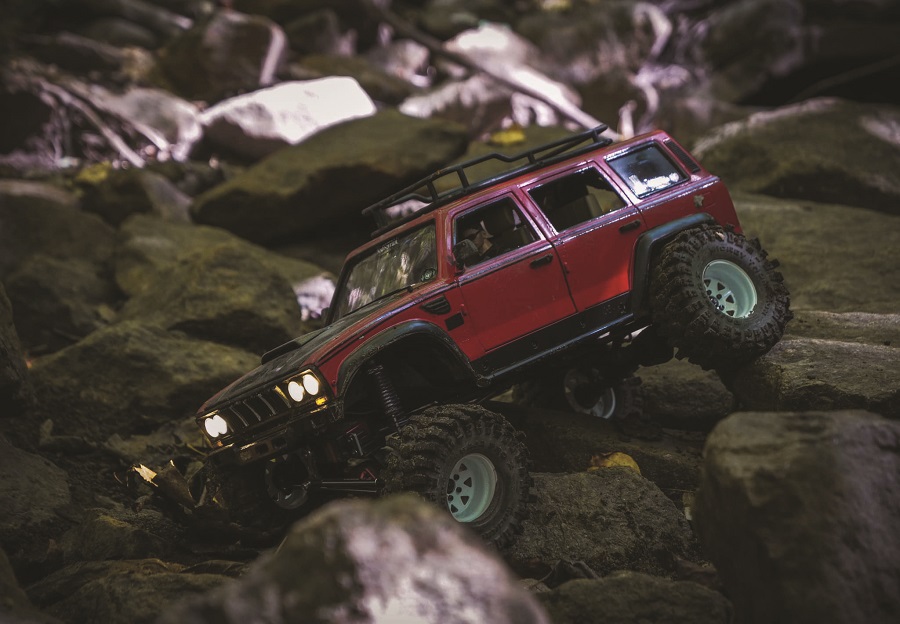