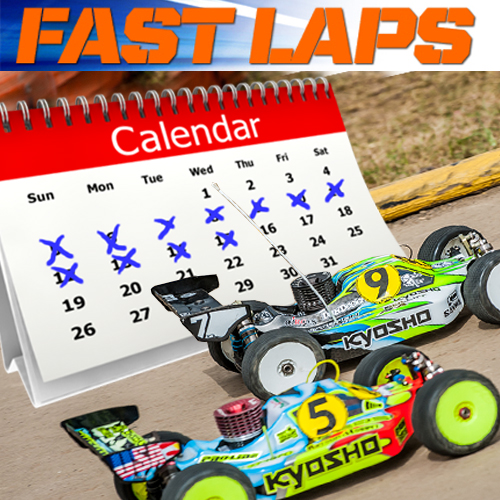 Our competitive spirit can often light fires in our soul and something that can push us into large organized racing events. The glory, the fame, and the fun are irresistible and something competitive drivers dream about. Then the reality of it all starts to set in. Hotel reservations are made, parts are ordered and travel plans made that sometimes include flights for the event. Only these events don’t last a night or even a weekend. A typical ROAR National event can last close to a week and the recent IFMAR 1/8 Scale Nitro Off-Road Worlds in Italy lasted 12 days with practice. Is this really needed or wanted? 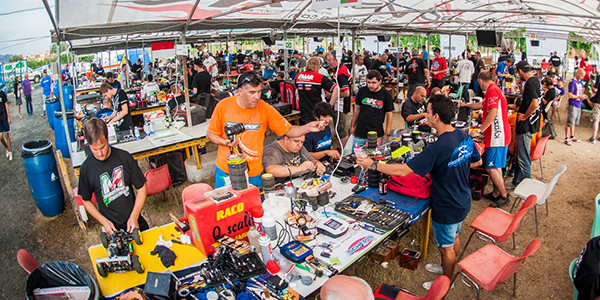 The pits at the 2014 IFMAR 1/8 Scale Nitro Off-Road Worlds in Italy were busy for 12 days. Can you devote that much time to a single race?

At the IFMAR 1/8 Scale Nitro Off-Road Worlds in Italy, I had a chance to talk to some of the factory drivers in the pits and get their feedback about the length of the event. Now remember, most of these guys race for a living and earn their income by being paid sponsored drivers, so they don’t have to worry about getting time off from work to go race–racing is their work. Every single one of the drivers I talked to including Team Durango’s Ryan Lutz, Team Associated’s Ryan Cavalieri, and TLR’s Mark Pavidis felt that the major RC events are way too long and should be condensed. This general feeling was in spite of the Worlds Warm-Up Race being canceled due to industry feedback over costs and time spent. Originally the organizers felt that by cancelling the Warm-Up race, more practice was needed in order to compensate, but when made a reality it was obvious that it just created more time that the drivers felt they had to participate in in order to prevent their rivals from gaining an upper hand, or in some cases, to avoid looking lazy in the eyes of their sponsors. Now just imagine what it was like for the privateers in the pits who have to pay for their own racing items like tires and fuel, or take off time from work, budget meals, etc. Granted, this was the IFMAR Worlds and not exactly what the common racer runs in to on a frequent basis, but even regional events can last well beyond a weekend of racing. For contrast, consider Supercross. The time allocated for practice, qualifying and mains are all completed within a day. The participants are expected to adapt and improvise in a relatively short time. That includes opening and closing ceremonies. Twelve days for an IFMAR event? Come on. 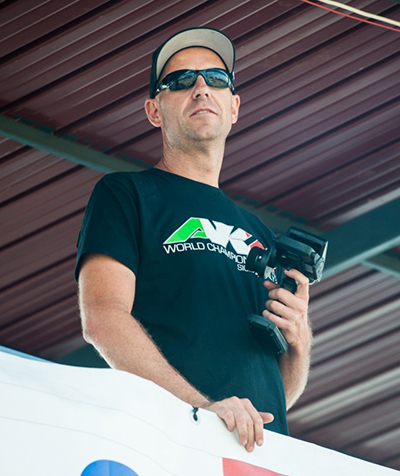 Mark Pavidis is one of the factory drivers who spends a lot of time away from his family to compete in major events.

So why are our RC racing events so long? There doesn’t seem to be a logical reason for it. Maybe it’s a standard that we’ve come to accept or maybe there’s a vocal minority that has been causing a big ruckus with the organizers. Either way, it’s putting a huge burden on the common racer, the industry and the factory drivers. Racing is a passion for many of us and if our events continue this way, it will be hard to grow and maintain a healthy level of participation. We need a change and we need it now. Speak up and make that voice heard. Write a letter, make a phone call, send a text, just let the organizers know that it can’t continue. Your wife, girlfriend, kids, boss, bank account and sanity will thank you.