Unless you’ve been living under a rock, you know that the scale scene is dominating right now. There are lots of scale vehicles available, and people are making and adding parts to make them more scale. One of the latest trends in the world of scale RC are garages that are used to display vehicles, and they make for great backgrounds for photos. When it started, you had to make all your own accessories, such as benches, lifts, jacks, and anything else you find in a garage. RC4WD pays attention to these trends, and it has all kinds of accessories that you can buy and add to your scale garage—and they actually work! The latest scale accessory is a mind blower and when we posted a video of it on our Facebook page it blew up. What is it? It’s a scale BendPak XPR-9S two-post auto lift, which will actually lift your scale vehicle up into the air. How cool is that? Check this thing out. 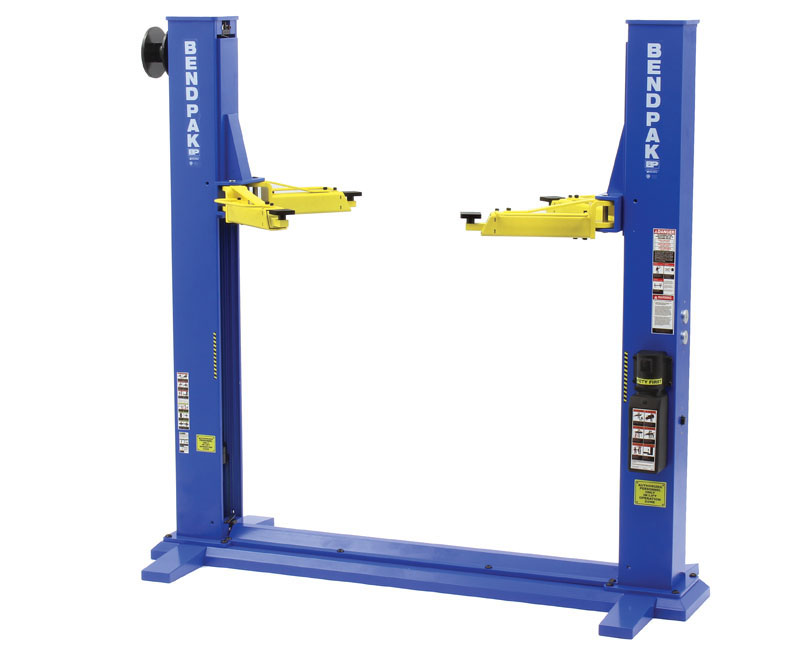 The entire BendPak lift is made out of metal parts for strength.

FEATURES
The majority of the lift consists of metal parts, and the major components are made out of aluminum and are screwed together. The parts are powder-coated to give them a scale look that’s tougher than paint. Just like the real lift, the arms move in and out and telescope to fit a variety of vehicles; they even include the pull handles and pads. Two small electric motors in the towers are attached to mini gearboxes and jack screws to do the lifting, and micro switches shut the power off when the lift reaches its maximum or minimum height. Power comes from an included stick-style 1400mAh NiMH rechargeable battery, which is contained (along with a lot of wires) in the base of the lift. The pack is accessed by removing the top cover on the base. You power up the lift by hitting a push button on the side, which lights up the Up and Down buttons above it to let you know that the lift is powered up. The Up and Down buttons are also push-style units: Push to move the lift, and remove your finger to stop it. RC4WD also throws in a few scale accessories and a detailed sticker sheet to complete the unit. Accord­ing to RC4WD, the BendPak lift is strong and powerful enough to lift up to 22 pounds. Impressive! 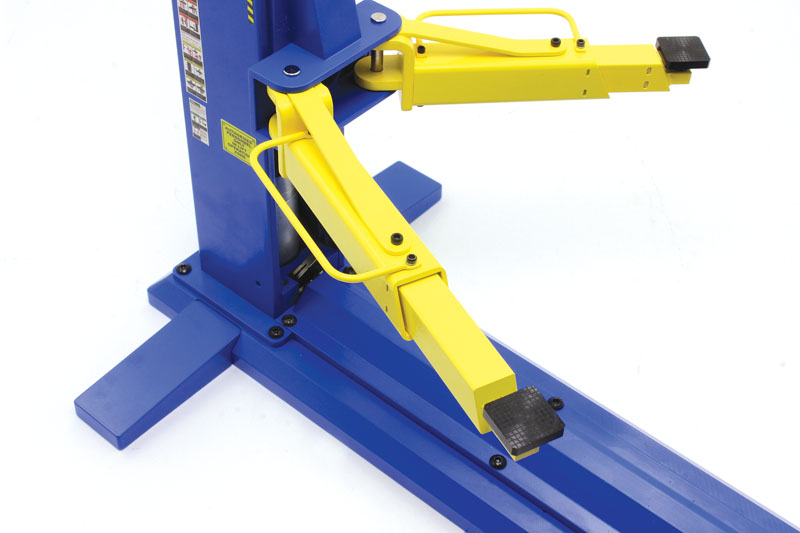 The arms swing in and out, and expand to fit various chassis configurations. 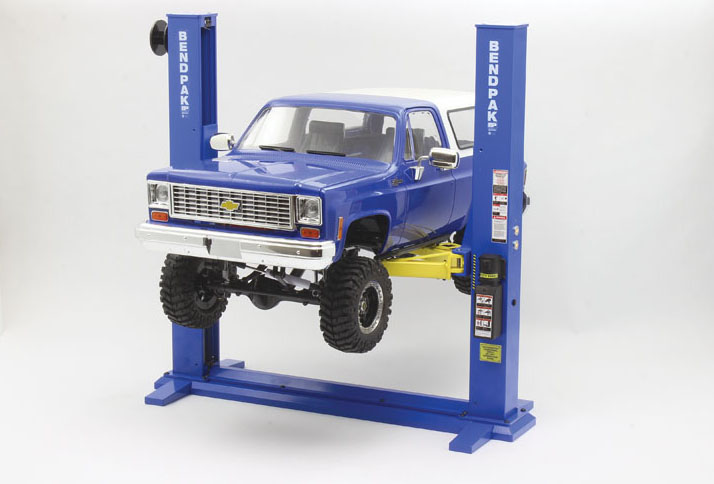 The lift has plenty of power to lift any scale truck in your collection. 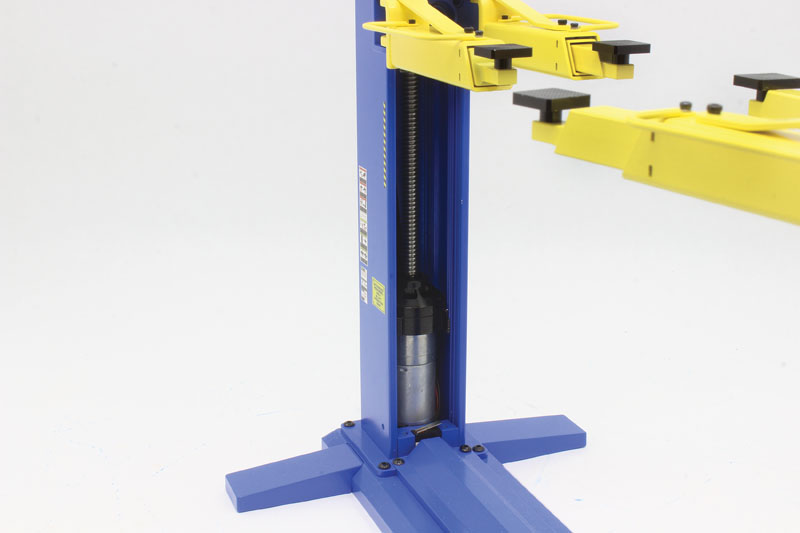 Two small motors and screw drives are used to move the lift up and down.

ASSEMBLY AND TESTING
The RC4WD BendPak lift comes in an attractive box with nice foam packaging that protects the parts. There isn’t actually much to assem­ble. The instructions consist of just four steps to get you from parts to complete unit. The push button used to turn on the lift takes some pretty good pressure to engage it, but it’s not so much that you move the lift while doing it. I pushed the Up button and both motors hummed to life at the same time and moved the arms up; it’s not super-fast and on par with the speed of a full-size lift. Once you take your finger off the button, the lift keeps moving and gets about a quarter of an inch along the posts before it stops. I ran the lift all the way down, and once it hit the micro switch, it shut off like it should. I tested the lift with my RC4WD Blazer, which fit between the posts with no problem and easily made it up and over the base. I stopped the truck and moved the arms in place to get it set up for the chassis, but I wasn’t able to do it. The Blazer covered the arms and my view of the chassis so that I wasn’t able to get it lined up. I ended up raising the lift so that I could see the arms more easily and move them into place. I lowered the arms and lifted the truck, and this time the rock sliders hit the arms before they could touch the chassis. That was fine with me because that means that it doesn’t matter where I put the arms and that I can drive the truck onto the lift, move the arms in, and put the truck in the air. It would be nice if RC4WD included taller feet for situations when something like a rock slider hit the arms before the chassis.

FINAL WORD
There’s no doubt that this is the ultimate scale accessory, and it’s going to be a must-have for those who have a scale garage. It’s even a great piece to have just to display a vehicle (even if you don’t have a scale garage). I’m glad that this is in my collection, and I will be displaying some of my favorite builds on it. The lift was easy to assemble and lifted my truck with no problem, but it was hard to line up the arms and a little bit of a bummer when they hit the rock sliders.—Kevin Hetmanski