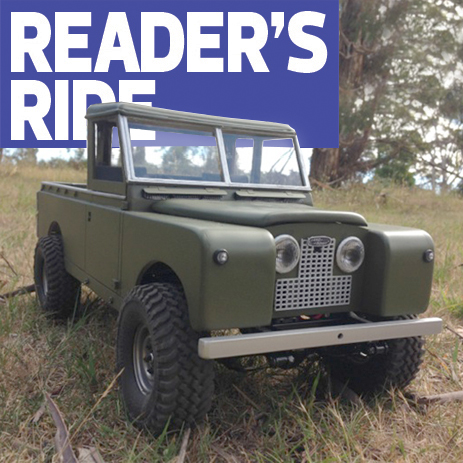 This over-the-top scale Land Rover from down-under is scratch built from sheet styrene and 3D-printed parts that Rick designed himself. Rick wanted to do the uncommon long-wheelbase Series 2 pickup rather than the more frequently modeled short-wheelbase Defender 90. He originally planned for a 1:10 version, but he wanted to use  RC4WD’s Trailfinder 2 chassis. It had the right hardware and scale look for Rick’s project, but he decided the body needed to be 1:9 to look right–and man does it! The body is sheet styrene. He vacuum-formed the styrene for the roof and other curved pieces using balsa forms, and he used a 3D printer to craft the finer detail bits on the cab and interior. He hand-applied rivets, tailgate hinges and bed cover tiedowns.  To get the TF2 chassis to sit just right he flipped the axles to get the proper ride height and adjusted the wheelbase. For paint, he used standard gray primer, followed by a red oxide primer (to give it the proper look if he decides to weather the truck later on) and then shot it with a military-style olive green. Then he added windows and an LED lighting system. Rick even documented the build step by step on the Scale Builder’s Guild forum! 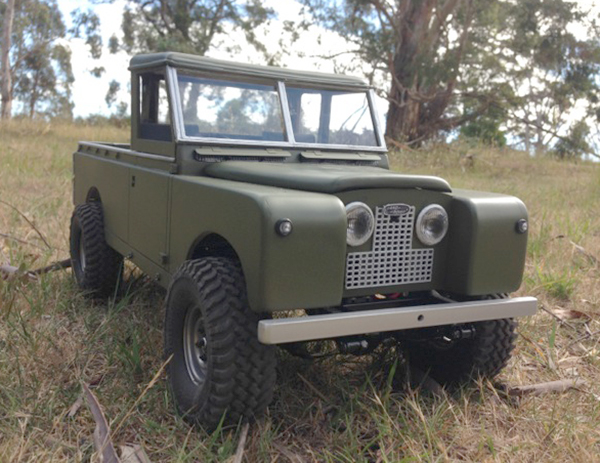 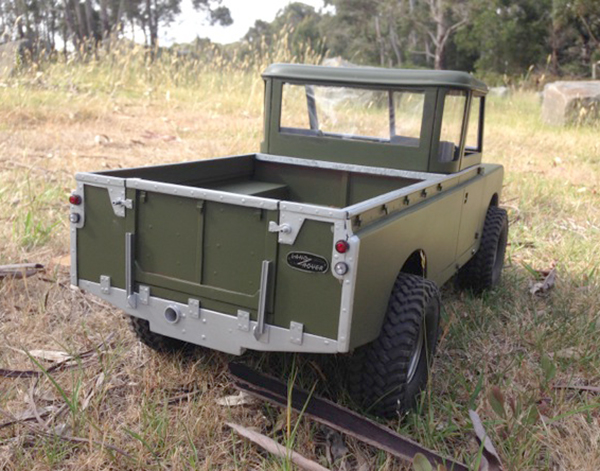