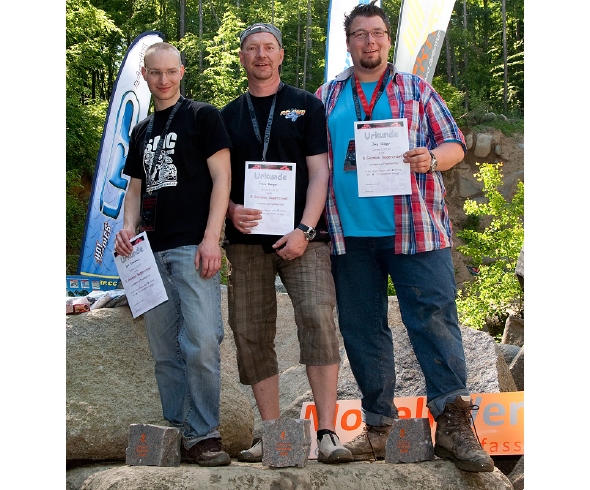 On May 23rd RC4WD Team Driver Frank Renger won the German SuperCrawl Championship for the super class. Frank planned accordingly for day two of the SuperCrawl event and set out to take home the win with his Super Bully rig. Frank has his own custom built chassis and many modifications to super rig. Not only did the Super Bullies pull of first place, they took second place was as well.

The Super Crawl is an annual event held in Germany and gained a lot of attention from News and TV this year. Peter Horsch helped run and organize the event for the weekend and created a great event for all involved.

Once again, Super Bullies show that they are taking over the world.