From the outset Jeffery wanted his project to look like a proper ‘80s-era big Chevy truck and he worked on it for a year to bring it about. The fundamentals are RC4WD’s long-wheelbase chassis and Chevy K10 cab with a mix of Traxxas and other electronics. The only 3D-printed piece is the big block Chevy engine which is an out-of-production piece, further dressed up with engine parts from some Revell 1/8-scale plastic model kits. 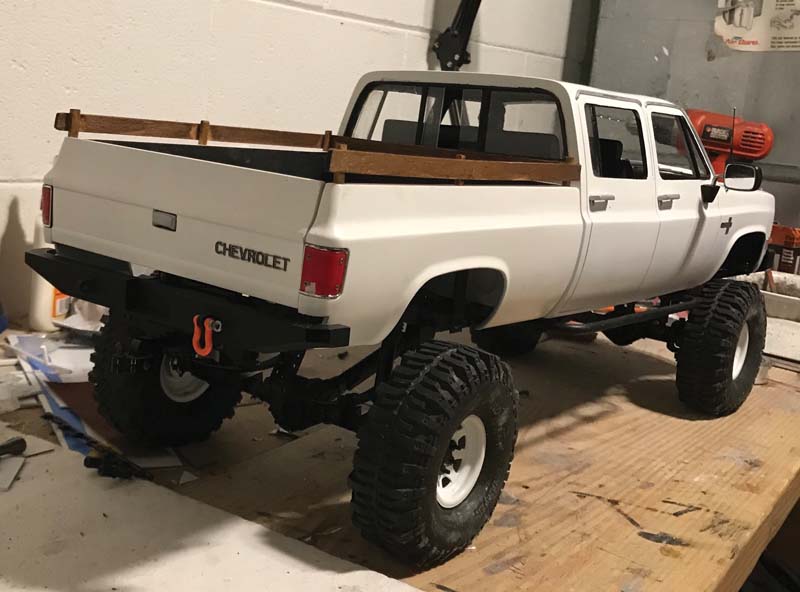 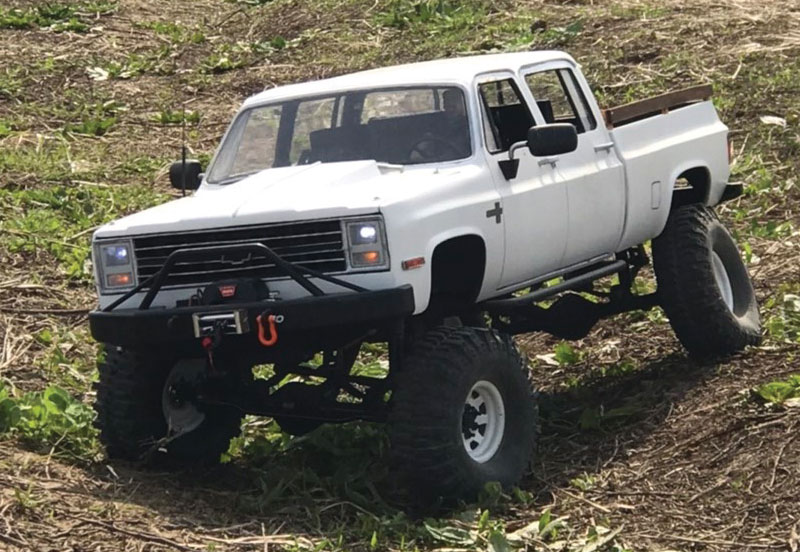 BASED ON A RC4WD LWB