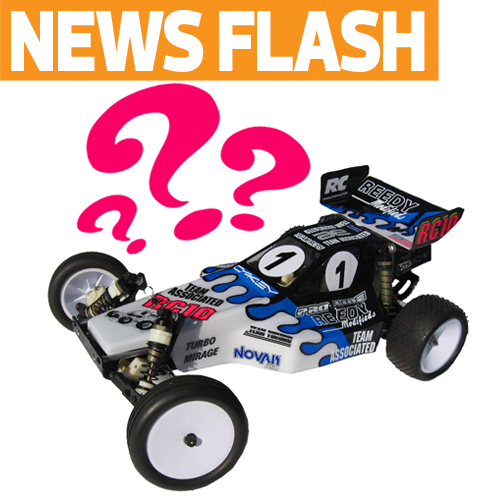 Over the past few days, rumors have been swirling about the possibility of a re-release of Team Associated’s RC10 Worlds Car. First spotted online as a line item in the new B5 and B5M manuals (similar to how the new B-cars themselves were leaked in the TC6.2 manual) the internet quickly exploded with news about the car and the questions began. Could this be true or is it just another case of the A-Team messing with us? After all we should remember that they have embedded things like “RC10H Helicopter” and “RC10AP Airplane” in the past. Is it possible that this is just a clever trick? Only time will tell. 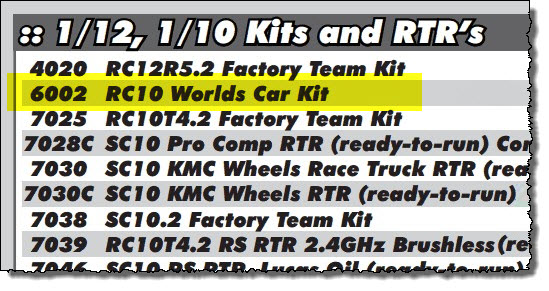 In the meantime, and since we’re on the topic, let’s take a look at the RC10 Worlds Car. The Worlds Car was released in celebration of Brian Kinwald’s 1993 IFMAR World Championship win in Basildon, England. It represented not only the truest version of a “Factory Team” vehicle in a production box but also marked the end of an era for the RC10 which would be replaced by the composite chassis RC10B2. It was the most fully-optioned RC10 ever offered, featuring not only the Stealth transmission and Team Shocks from the the Team Edition, but also a CNC milled chassis, graphite shock towers and a new, sleeker body with a few smaller updates in parts and materials. The final Worlds Car was available with the milled aluminum tub chassis or a narrowed graphite chassis and represented the closest thing to an out-of-the-box “works” car as driven by Kinwald himself. 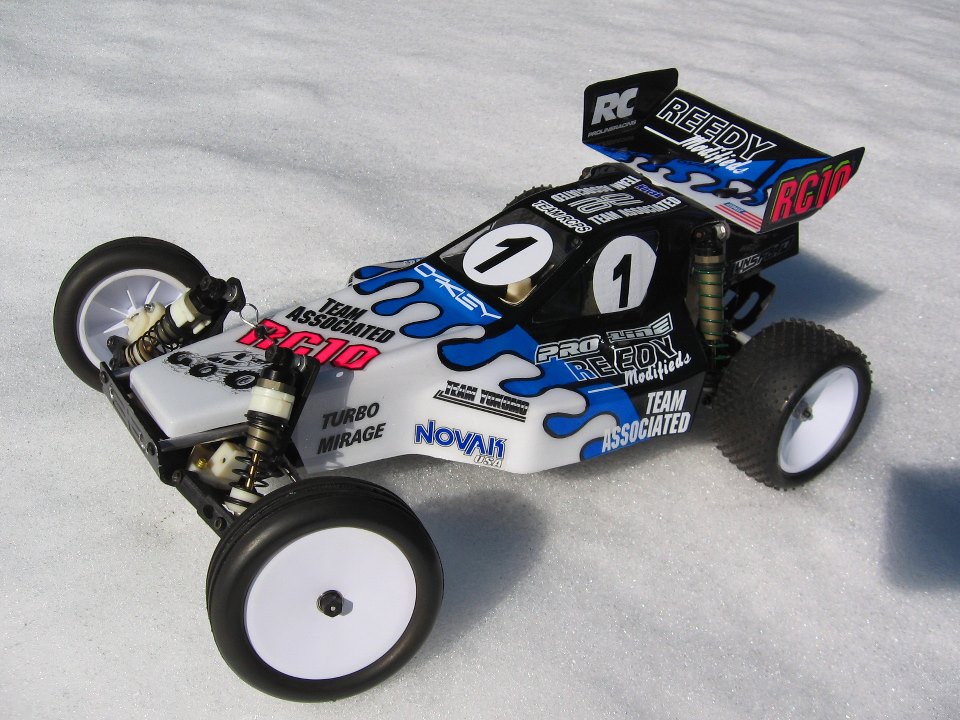 We reviewed the RC10 Worlds Car in our October 1994 issue. Here’s a look inside  the most sought-after and collectable car Associated has ever produced, as it appeared in the pages of RC Car Action. Click the pics to enlarge. 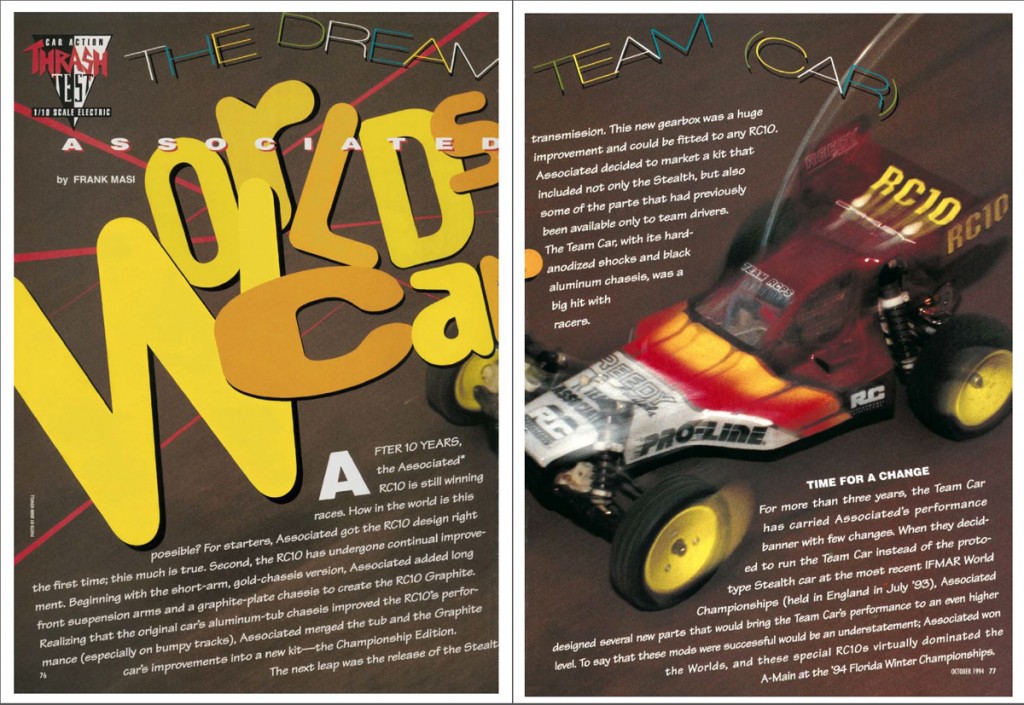 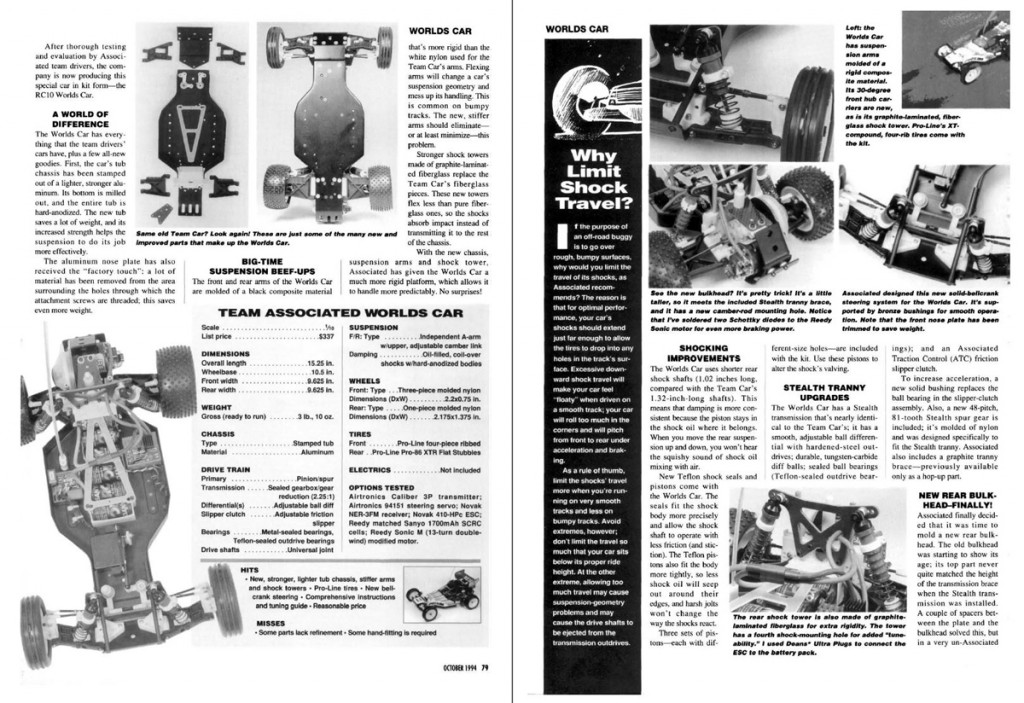