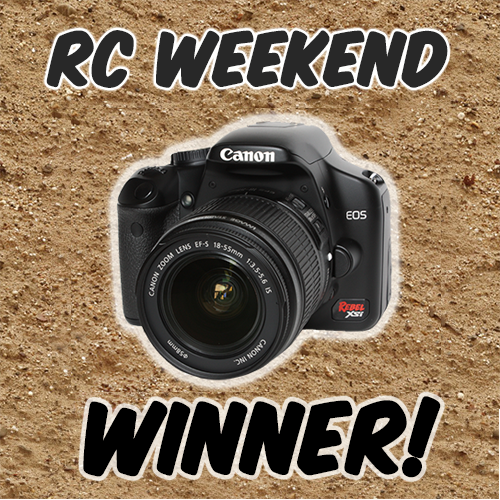 Every weekend, you’ve got a chance to win stuff from RC Car Action–all you have to do is share photos from your weekend of RC fun! Post photos to the RC Car Action Facebook page or tweet them to @rccaraction.  Let’s see your cars, trucks, planes, boats, sons, dads, daughters, and buddies having fun with radio control. Tell us about the gear you’ve got and how you’re getting down with RC. We pick our favorite photo on Monday morning and announce the winner.

This week’s winner is Daniel Denato of Davenport, Iowa, who posted the killer shots below. “I just happened to be in the right place at the right time when I took this shot. I was using a Canon 60D with a 75-300 lens,” says Daniel. For his awesome shots, Daniel is getting an RC Car Action hat and a few other goodies from the RCCA Closet of Prizes (which is also where we keep the office supplies, so the “other goodies” may include Post-It Notes and rubber bands).

The RC Weekend contest runs every weekend, so be sure to post pics here on Facebook or Tweet them to #rccaraction. If we pick your photo, you win a prize–that’s all there is to it! This week, Daniel happened to get some killer action pics, but it’s not a “photo skill” contest. Any photo that captures RC fun can win–even if it’s not a technically great photo. And people shots are great too–the car doesn’t have to be the star. So post those pics! The real point is to share and have fun–the chance to win a prize is just a bonus. 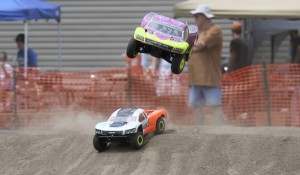 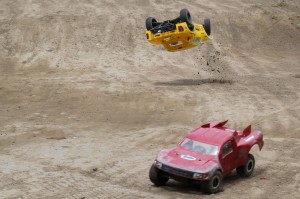