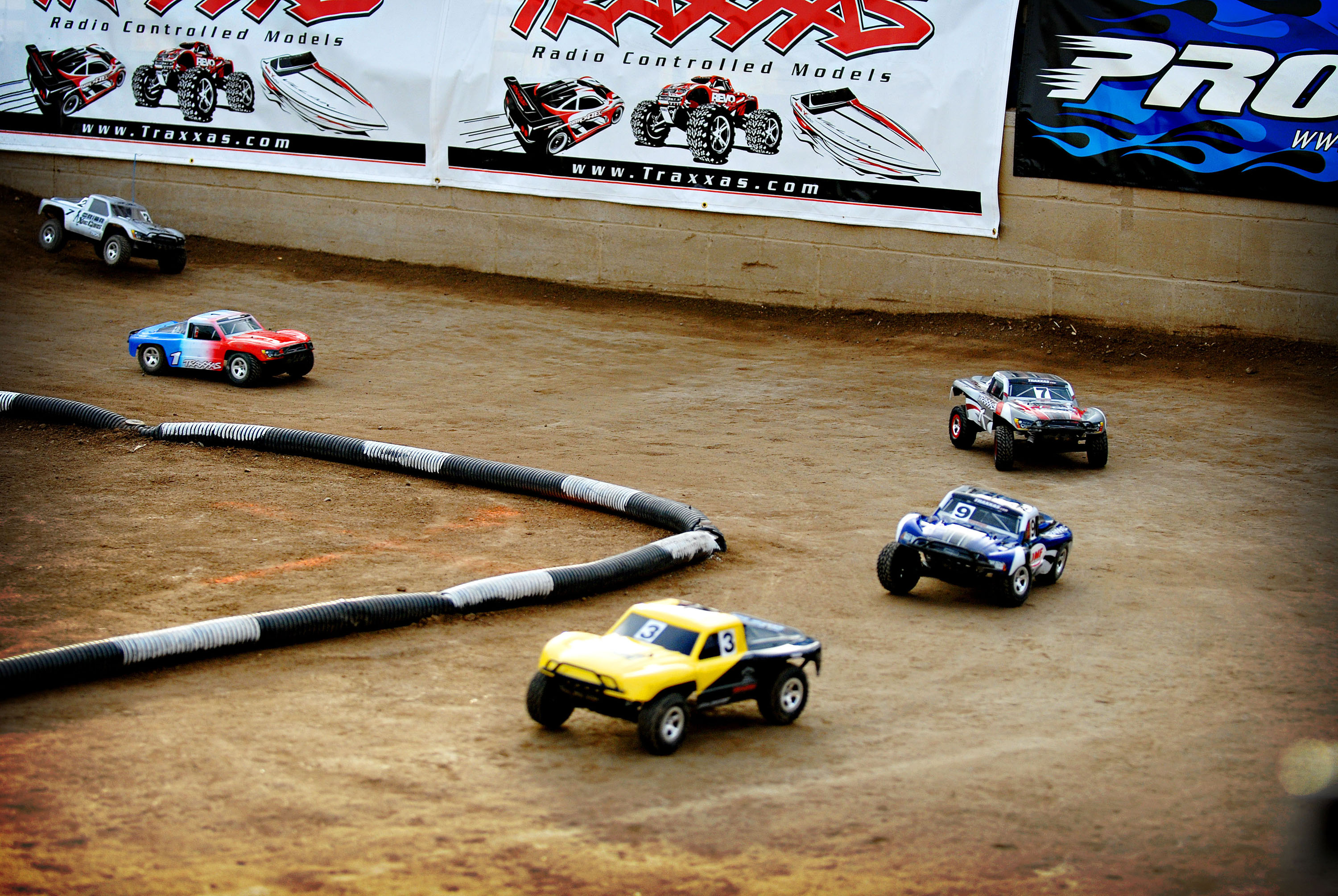 I know that’s a bold and intentionally provocative statement, but come on, it can’t really be all that much of a shocker. I have raced RC cars on and off for over two decades, and in those 20 plus years the basic format has essentially stayed exactly the same. I’m talking about club racing here. Weekend warrior stuff. Before I get going with my mega rant, let me back up to why I’m even on this topic. I recently went out to dinner with a friend of mine, David Maffucci, who has also been racing for a long time. His friend, a non-RC’er, joined us and our conversation led him to ask how RC racing works. If you don’t know, hobby-grade RC is the secret hobby, so he was completely in the dark. I looked at Dave and said, “If I deviate from the truth at any point, feel free to speak up.”

To start, I told our uninitiated companion that RC racing is almost an all day long event. Many people get to the track a few hours early to set up. They may practice, but most often they’re there to grab a spot they like, do some BS’ing (we call it bench racing) and start tuning a nitro engine or charging a bunch of batteries. Again, racers often do this hours before any racing actually starts. Eventually racers will sign up and pay for whatever classes they want to run. Eventually (Note: I could probably use that word a whole lot while describing race day, but I’ll try to stop), the race director/hobby shop owner/dude in charge will announce that “The heats are posted.” At this point, the day is officially behind schedule. If racing is scheduled to start at noon, it’s most likely at least 15 minutes past the hour. I explain that the “Heats” show when you’re racing, and I then explain “racing” actually means qualifying and that most tracks usually have three rounds of qualifying. I add that each round of qualifying takes at least an hour and there’s a good chance that there will be a break in the action between rounds. I pour on the sarcasm with the “break in the action” comment because if you’re Joe-average racer and race one class, you’ve been at the track for at least two or three hours and have only “raced” for about 10 minutes or less after the first round. There has been no action! You’re out about $15 (the race fee) and invested multiple hours for 10 minutes or less of fun that may not have been all that much fun. I add that you’re not even supposed to race during qualifying; it’s you against the clock and you have two more rounds of “not really racing” to look forward to. I add that we do all this qualifying as build up for a single race, called the main, that is usually only a minute or two longer than a qualifier. At this point I fast forward to explain that we basically spend ¾ of the day just to determine our starting order for the main event and we, more often than not, do everything we can to throw away that starting order in the first turn when everyone smashes into each other. I add that tempers flare, grown men yell and more than once I’ve seen a radio get tossed or a car slammed down. Again, this is just a weekend club race—not a world, national or even a regional championship.

My whole point is that even though people like David and I absolutely and sincerely love RC racing, when we step back and look at the whole thing, it’s kind of, well, silly. The format that determines the rank and order of each racer ad nauseam is perfectly fine for a big race, but it seems like it’s actually infringing on what club racers want to do which is race. Ok, so what’s my point? My point is that racing as we know it is all wrong and doesn’t work. I believe that if we, as racers, get over ourselves long enough to embrace a little change, we could see racing really grow. Here’s what I propose. Let’s skip qualifying altogether. In the past I’ve droned on about how RC racing needs more racing than qualifying, but now I believe we should just skip that whole part of the race day. I propose we treat every race like it’s a main. The first round is organized by a first-come-first-served basis and the order is resorted after each round. Here’s the beauty of it. You could show up and run each round or show up after you mow the lawn and then race half of the rounds. Whether you race two rounds for five, it costs you the same and each time you take to the track, you’re actually racing. The day takes as long or as short as you want. Of course, I don’t have all the details worked out, but maybe you can see that I might be onto something here. The pros have been running a similar format at Reedy races for years. So, what do you think? What do you think of the format we use for club racing? Is it perfect?