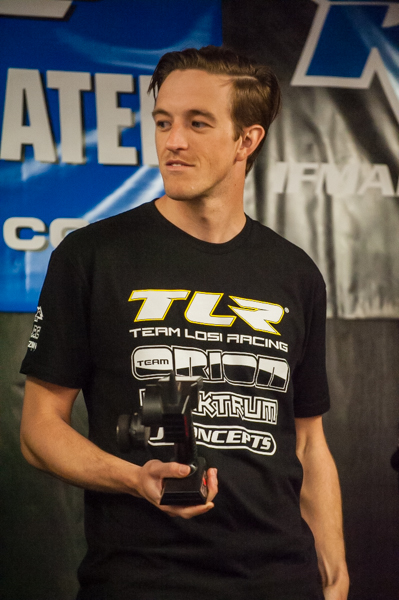 Formal practice included a lot of speculation circulating throughout the pits, but it was TLR’s Dustin Evans who was turning a lot of heads, posting low lap times consistently. But, with Friday officially kicking off the start of racing, things get a lot more serious. As the horn sounded and with two rounds now in the history books, there are some familiar faces stamping their authority. Early on, it was Ryan Cavalieri, Dustin Evans and Kody Numedahl who drew first blood with a win going to each in their respective race. But, the Reedy Race format favors consistently high placings, and with momentum it was TLR’s Dustin Evans who was the only driver to go back to back with wins in each round. Other standouts include Steven Hartson who used his local knowledge to post a second in round one with a first place in round two after a much deserved hard fought win. Spencer Rivkin had mirrored results, but his second round was a breeze in comparison. Surprisingly, it was Ryan Cavalieri who was experiencing some uncharacteristically bad luck sending him way down the grid that included some untimely collisions with errant buggies. However, he was able to do some damage control and salvage a fourth place from the carnage keeping his early bid for an overall win realistic. 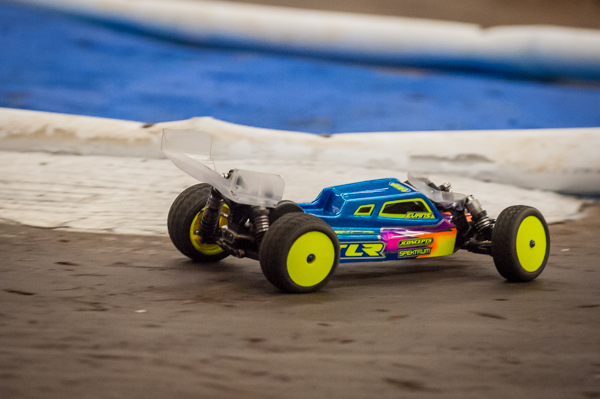 TLR’s Dustin Evans has been on a roll, showing great speed in practice and backing it up with two wins to lead early on at the event. 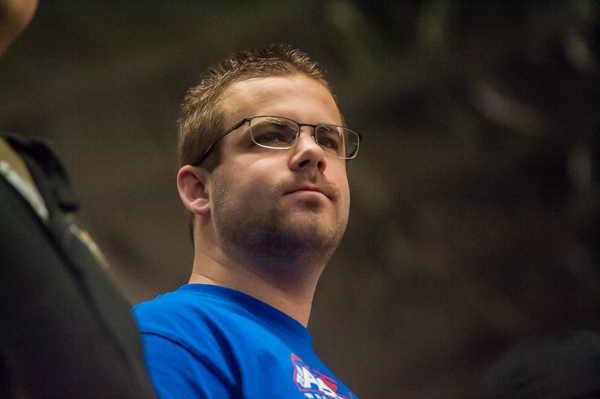 Team Associated’s Steven Hartson is right in the mix with first and second place postings. 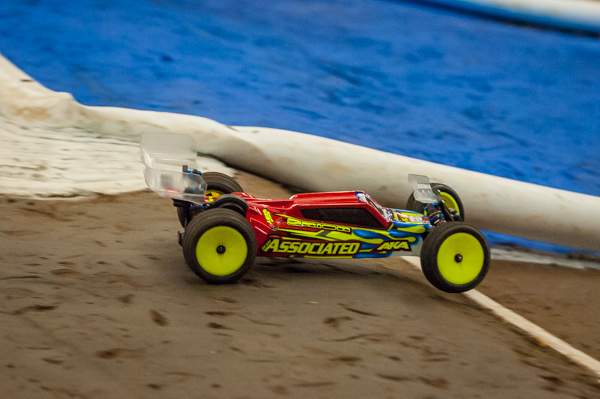 Cavalieri had some uncharacteristically bad luck in round two, but still sits in fifth overall.