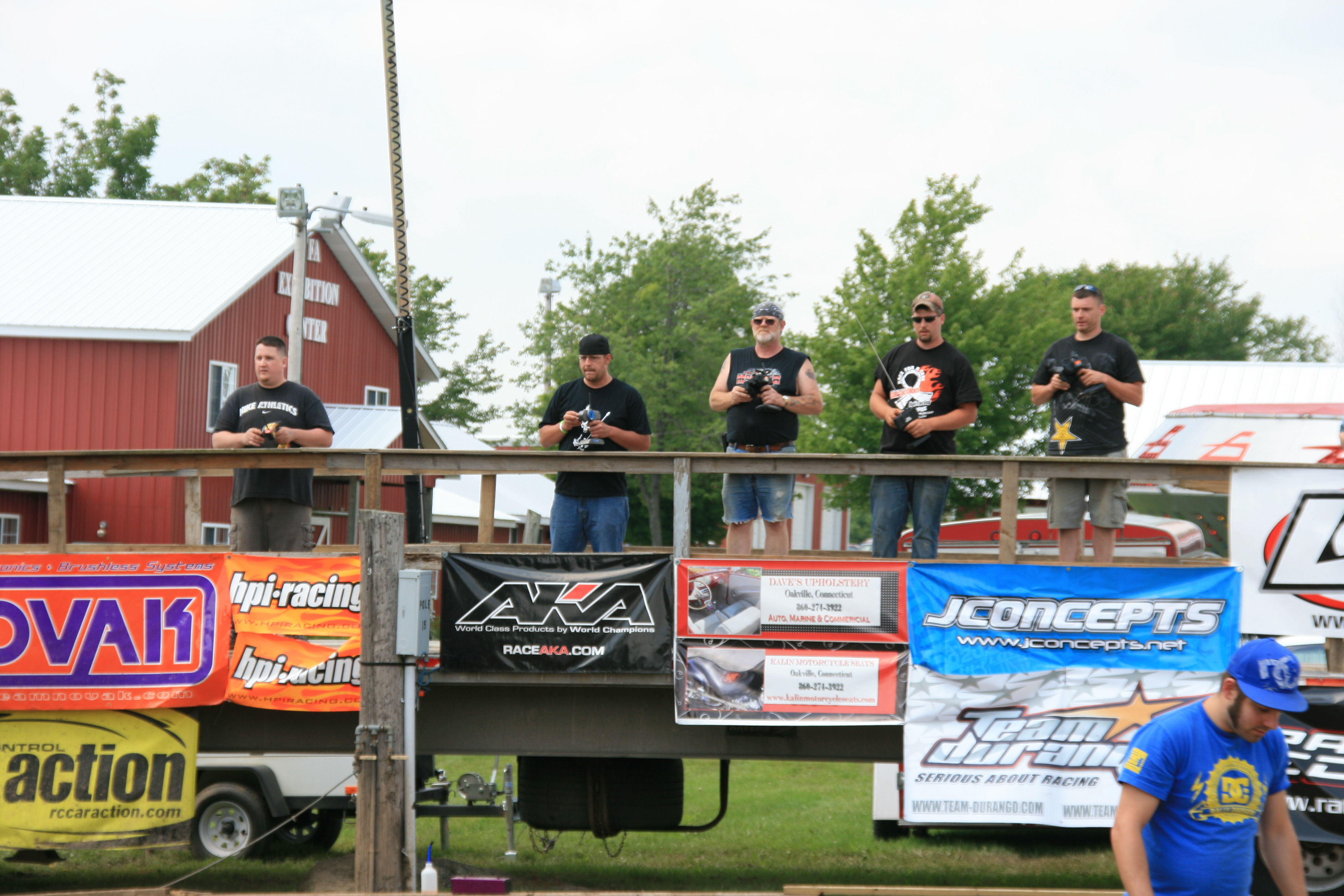 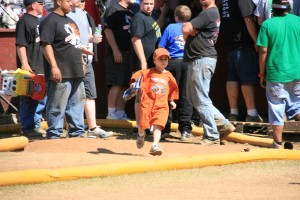 The 2nd annual Race for a Cure took place at the Goshen Stampede in Goshen, CT. Friday was setup day for the racers and practice day but the rainy weather prevented that from happening. Buckets of rain fell and the track was a mess. The Pin Shop Hobbies crew stayed late in the night to clean up as much as they could The track was still used to put on a freestyle event for the crowd attending the fair. Racers pulled in early Saturday morning and got themselves setup and ready for the race. The still muddy track delayed practice and the start of the race but once things got going, good times were had.

On Saturday we ran three qualifiers with IFMAR type starts and this year the crowd was more into it than ever. At the start of every race more and more people sat down to watch as it went on. After a race, some would get up and leave while others sat down to check out the action. The racing was very close which was great for the racers and spectators. A triple A-main format was decided on for electric and nitro to keep the crowd entertained throughout the day on Sunday. Some mains were ran on Saturday night to get some of the out of town people a chance to run before heading home. On Sunday the rest of the mains were run and not only did the crowd enjoy it but the racers did as well.

We’d like to thank Pin Shop hobbies for helping us put this event on and the rest of our sponsors for making it happen. Thanks to our sponsors there were a lot of prizes handed out and raffled off to raise money for the American Cancer Society. This is a unique event that’s hard not to have fun at. We hope to see all the racers there again next year and hopefully a few new faces too.