“King” Richard  Saxton is a veteran nitro racer who has raced at the highest levels of competition and has even come close to earning a win at the 2002 IFMAR Worlds where he took TQ. He currently works at Team Associated where he wrenches, mentors and advises some of the newest, most talented drivers on the planet. Fortunately we got a chance to pick his brain about some of his favorite tips he likes to pass on.

Tip #1 Slow Down the Speed of Your Servo

To take away some twitch with your steering, an easy solution is to turn down the speed of your servo. Modern servos have gotten so fast and powerful that they often make the response too quick and sensitive. 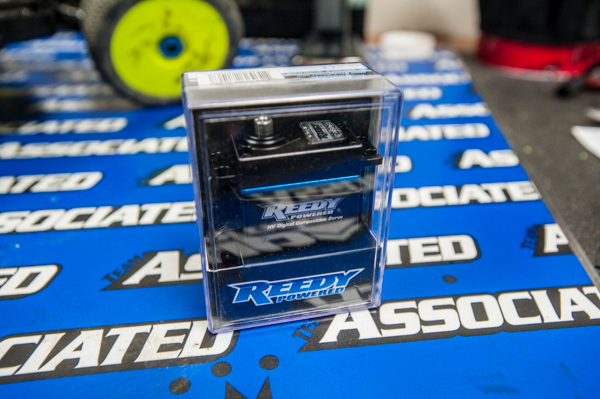 Modern servos have benefited from liPo receiver packs and improvements in electronics and have way more torque and speed compared to servos from the past. 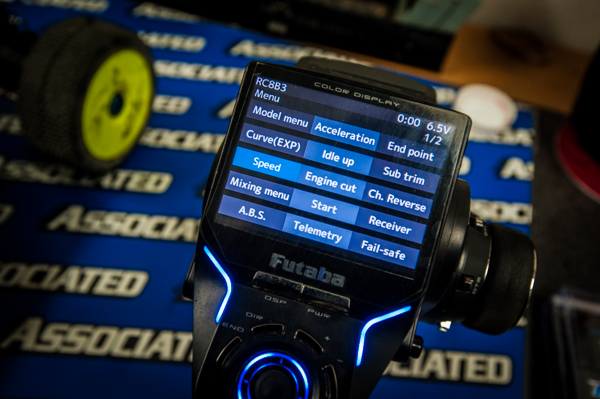 High-end transmitters like the Futaba 4PX have the ability to adjust the speed settings of servos. First access the speed feature. 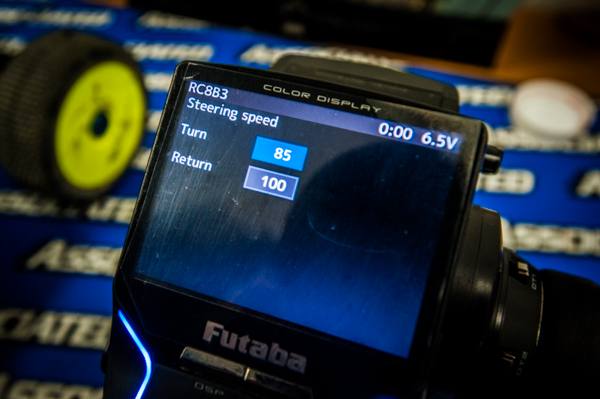 The Futaba 4PX gives you the option to adjust steering speed and return independently. Richard turns his “turn” setting down to 85, but this is personal preference and can vary depending on which servo is used.

Tip #2 Set Droop by Applying Pressure To the Suspension

Droop is a critical component in suspension settings, but in 1/8-scale nitro buggies vibrations and weight of wheels spinning can mask the intended settings. To better replicate how you want your droop to be on the track, give the arms or wheels a good push, then let it settle down before taking a reading. Measure the droop from eyelet to eyelet with digital calipers. Richard will often compensate and give the droop and extra millimeter since the buggy will incur some wear and fatigue over long mains. He also suggests limiting the shocks internally to ensure the droop stays in its intended setting. 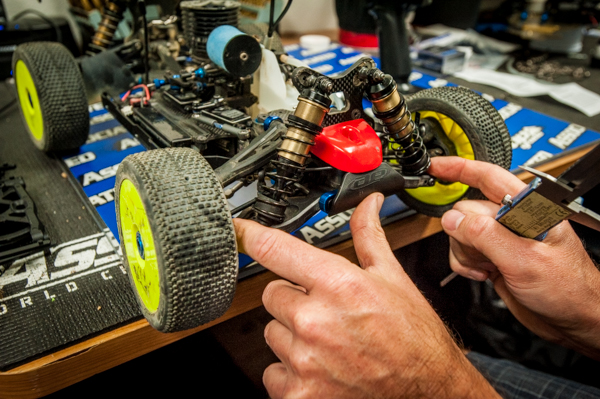 First press down on the suspension arms or tires to better replicate track conditions. 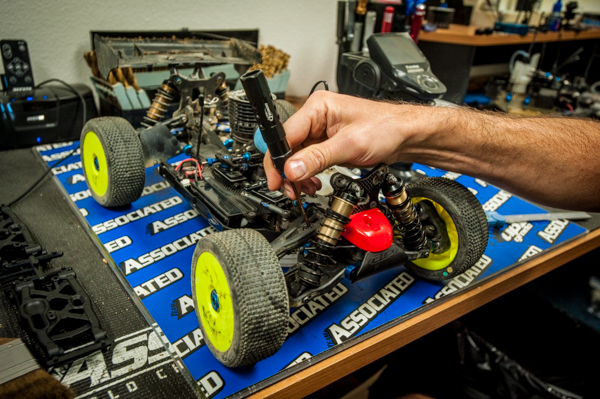 Droop is usually set by screwing the droop screws in or out, but for insurance use internal limiting shims. 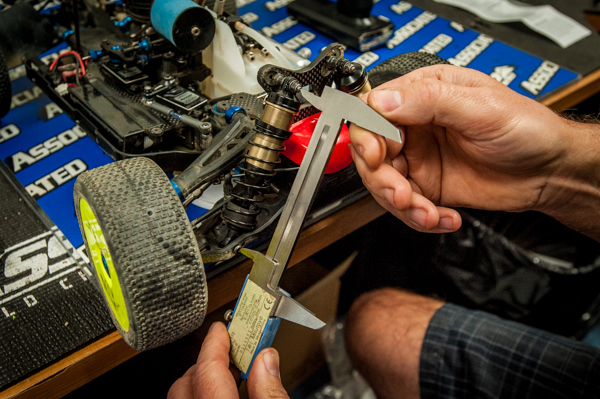 The best way to measure your droop is to take readings from eyelet to eyelet on your shocks. Add an extra millimeter when you plan to race long mains.