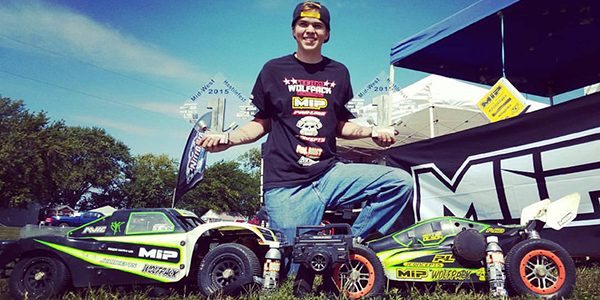 Large, 1/5-scale vehicles have an extra level of complexity and tuning that other scales can’t match. MIP’s Matt Olson races at the highest level, and knows a few tricks to make these big machines work at their best. Fortunate, we got a chance to pick his brain about some of his tricks he uses and pass some of that knowledge on to you. Check it out. 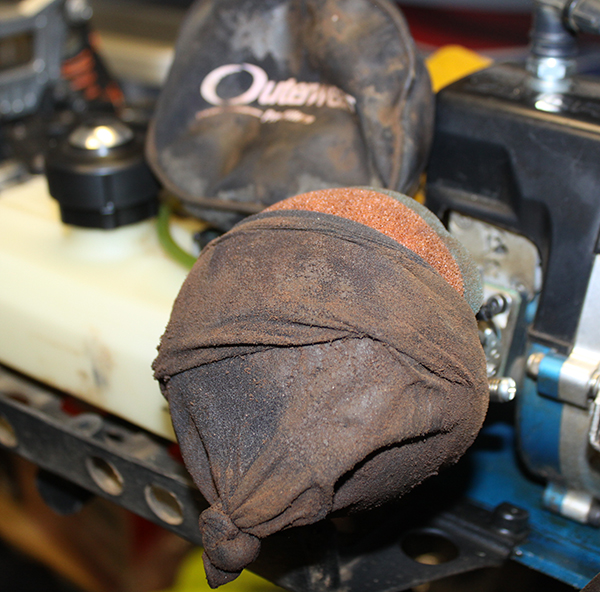 No we are not joking. By using your mom’s or sister’s old pantyhose, it will save you a bunch of money by not having to throw away dirty air filters, will give the engine cleaner power, will increase dirt catching chances, and extends the time of rebuilding your engine. By using a pantyhose over the air filter (Moto Air Filter pictured) and then an outerwear on the outside of that, it acts as an ultimate barrier keeping the main portion of the air filter clean. Don’t worry about the engine not getting enough clean, unobstructed air, the pantyhose breaths easy and we have seen zero power loss. 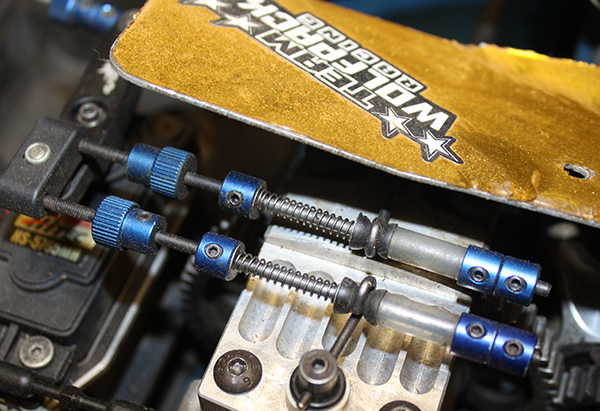 Do you have any old empty pens (two needed) lying around that you were going to throw away? Don’t be so hasty. The spring inside of a click pen is the perfect brake cam return spring. Since the Losi 5T brake system doesn’t have return springs the brake cams are prone to flop back and forth causing catching and premature brake wear when the vehicle is running. By using a pen spring as well as some parts out of an extra throttle/brake linkage kit, (Part # LOSB5901) you can complete this quick tip. Just be sure to set up the brake linkage correctly so that when the throttle is at neutral the springs are pushing against the brake cam pins to effectively pushing them away and not engaging the brakes. (This tip was used on MIP 5ive-T Brakes Part #14360) 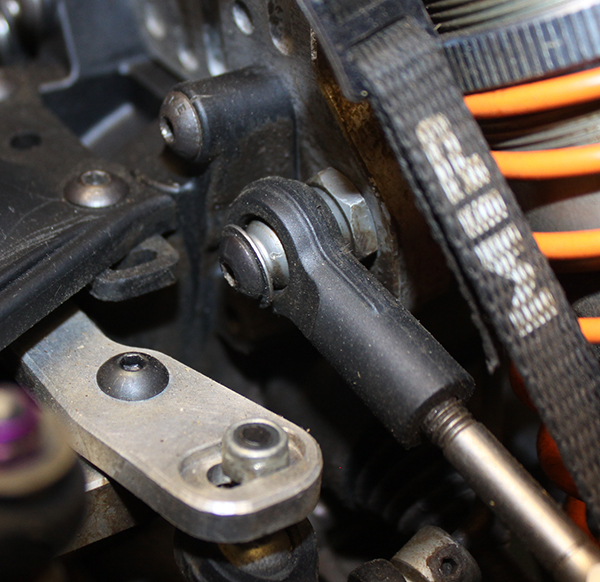 Any spare washers lying around in the garage from your last “Honey-Do” list? Well these may come in handy and save your race. The captured rod ends are open on the back side and tend to pop off quite easy as the plastic wears out or in a hard crash. Putting a large washer on the open end and blocking its path to pop off may just make your race a success rather than a failure. 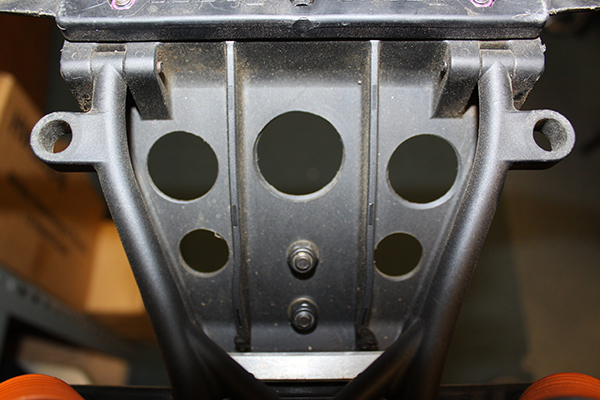 Racing is a competition and any way to gain the slightest advantage is a must. This little trick will decrease weight, keep dirt out of the chassis, and improve airflow. This is achieved by using a step drill bit (purchase from hardware store) to pocket the front bumper as well as side pods to gain that extra advantage. 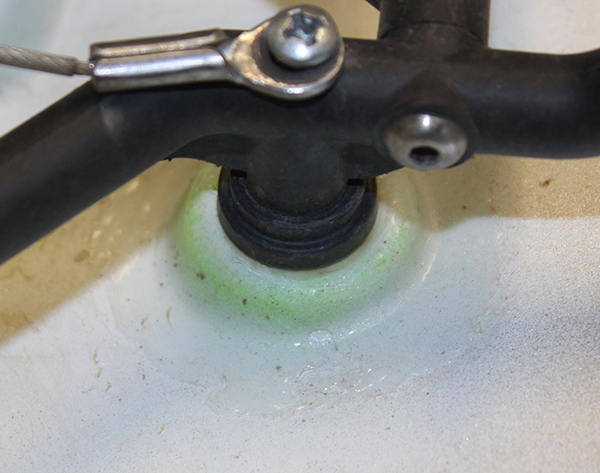 This is probably the best five-dollar insurance you will spend on your Losi 5ive-T Lexan Body. By coating the raised portions and hole locations on your Lexan 5ive-T Body it will greatly increase the strength of those locations making it less likely to crack and break. And being that these bodies cost around 200 plus dollars- it’s money well spent. 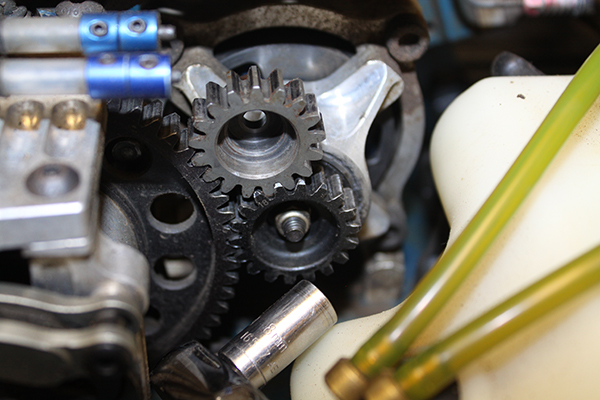 If you have ever changed out a pinion on a 1/5-scale you know it’s not fun. I’ll save the dramatics of it, but as you can see instead of a cap head screw that holds on the pinion to your clutch bell, it’s now accomplished with a nut. To make this possible, all you need is a longer cap head 4mm screw. Run the screw through the back end of the clutch bell until the threads stick past the pinion surface, this will then allow you to install a nut. This nut will save you valuable time and headache as it accomplishes three things. One, you will have less of a chance of stripping out a nut (8mm nut) when compared to a 4mm cap head screw. Two, there will be less of a chance that the nylock nut backs off rather than a screw (has happened to me many times in the past). And three, you don’t have to take out the engine to change the pinion. Now to remove the pinion you will need an 8mm socket wrench and a spare pinion to act as a locker (stops spur/pinion from rotating). Now depending on if you’re tightening or loosening up the nut, the spare locker pinion must be on top (shown in the picture) when loosening the nut and on bottom tightening the nut.