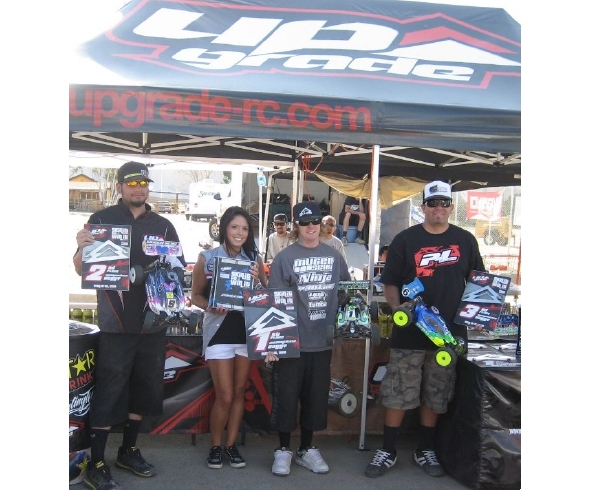 Pro-Line drivers achieved the top three spots in Intermediate Buggy at this weekends Up-Grade Skin it to win it event. Jerell Gray took the overall win and a won a custom X-Box 360 while Crash from UP-Grade would finish second and Aaron Huerta would finish in the third. Jerell used the Caliber 1:8 buggy tires while Crash and Aaron opted for Hole Shot tires.

In Intermediate Truggy, Jerell Gray would again pull away from the field and take the overall victory. Aaron Huerta would finish in second earning him the other custom X-Box 360. Jerell and Aaron both reached for the Caliber 1:8 Truck tires to power themselves to the front of the pack.

In 4wd short course it was Pro-Line’s Chad Bradley who took the overall win, with Crash from UP-Grade finishing second and RJ Dewitt rounding out the top three. All three drivers were using Pro-Line Caliber SC tires.

It was a great event with 140 entries and two days of racing. Special thanks to Robert Ibon and the UP-Grade crew.