The future of 2.2″ Rock Racing Tire Performance has arrived with Pro-Line’s all-new Hyrax Tire! Designed from the ground up for maximum grip on the toughest terrain, the Hyrax tire is ready for anything the Race might throw at you. The Hyrax features an aggressive and open tread pattern with each tread block containing multiple Sipes for incredible tread flex. The highly detailed connected tread on the sidewall of the Hyrax extends out for unmatched side-hilling performance. The Hyrax also features futuristic stepped tread blocks that create even more forward gripping edges that dig into slick rock like no other scale tire Pro-Line has produced to date! The Hyrax is made from Pro-Line’s Legendary G8 material, so you know it provides performance you can depend on.

Don’t get left behind spinning your tires, take your adventure to the next level with Pro-Line’s new Hyrax tires! 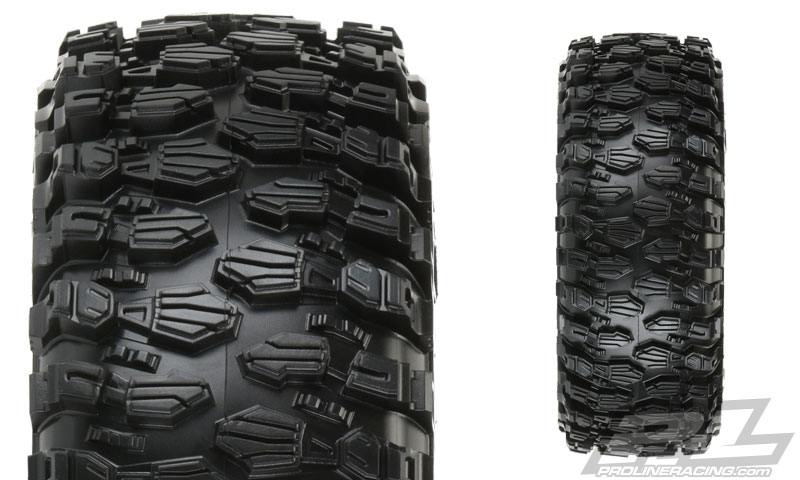 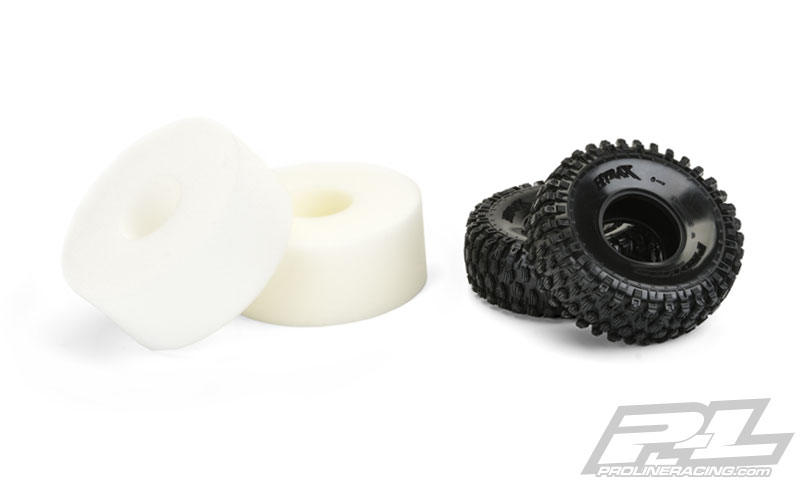 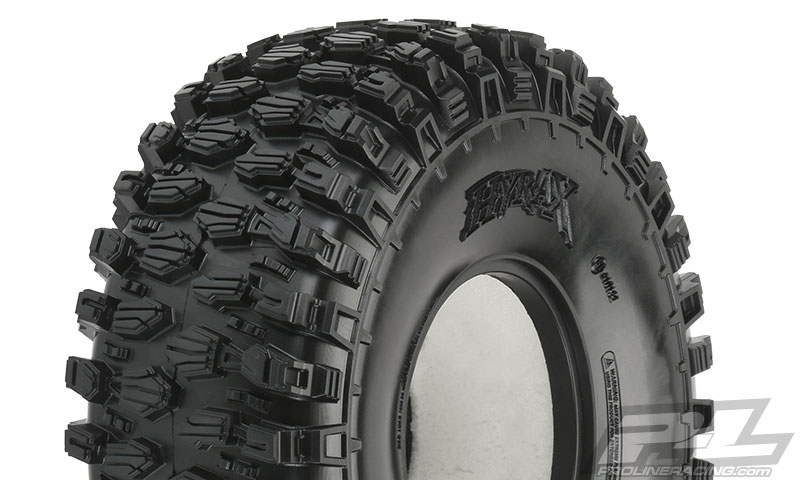