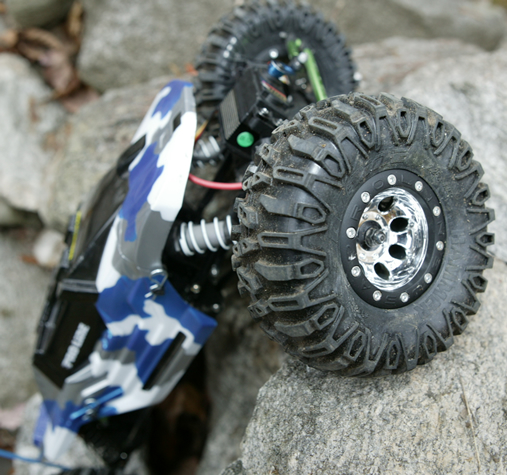 There are number of rock crawling tires, all in different sizes, compounds and treads. The past couple of days I have been testing one of the newest tires on the market, Pro-Line’s Hammer in its new G8 compound. The Pro-Line Hammer tire is one of Pro-Line’s most successful rock crawling tires, which work well on a number of different types of rock. The new G8 compound was said to have all the stickiness of the M3 compound, but with even more longevity from the tread. Let’s take a look and see what testing revealed. 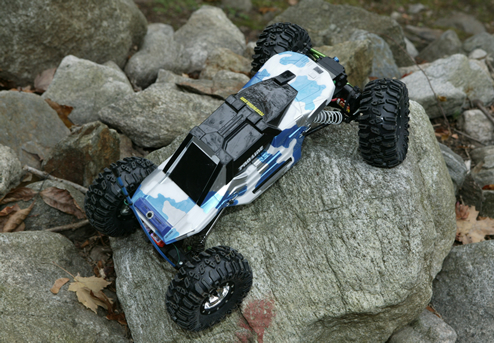 Taking a look at the new Hammer, they have the exact same thread pattern the original design; the only difference is in the compound. Pro-Line sent a full set, and included memory foam to go inside. I installed the tires like I would for competition, 4oz of lead weight in the front rims and no additional weight in the rear rims. I mounted the tires to Pro-Line’s Eight Shooter 2.2 Bead-Loc wheels and they fit perfectly. The wheels held the bead tight, and I couldn’t pull them out. I cut one 1/8” hole in every tire to vent the air. 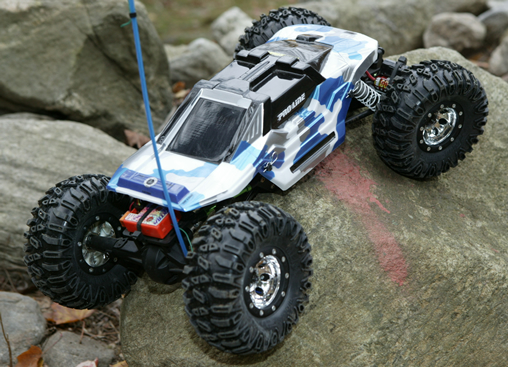 Once my batteries were charged I headed to an area of rock by the office and started crawling around. There are a couple different types of rock there, mostly rock that was used for an old stone wall, and some boulders and rocks sticking out of the ground. I started with the stone wall and made some pretty good lines. These tires definitely hook up well. I started making some more difficult climbs, where I really had to use the sidewall of the tire. It worked great, and I really love the side bite that the G8 Hammer have. I also found some fairly slick rocks that were at a large angle with the ground so I got to side hill across them. The tires seemed stable and held their line well. Vertically, the tires worked just as good. I was able to go up most obstacles with little effort. A couple times I had to use some wheel speed, but for the most part they worked well with my slow driving style. 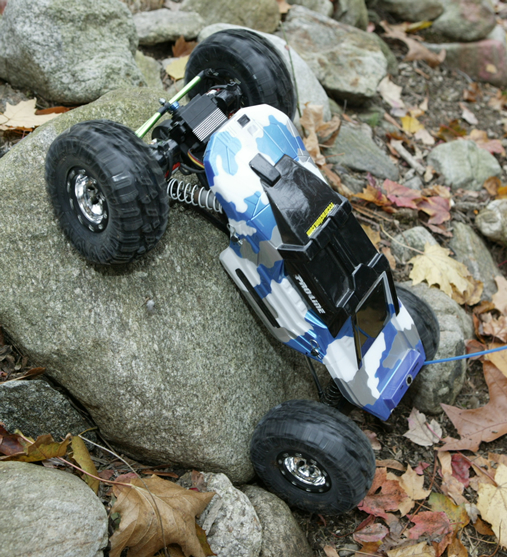 After draining through the three battery packs I headed back to the office. All in all, I was very impressed with these tires. Most of the time when competing I head to a location with M2 Badlands and Losi’s Rock Claws in my bag. I will be heading to my next comp with these tires already on my rig.—Brandon Wilcox 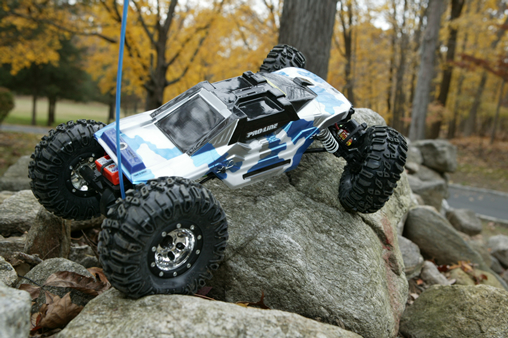 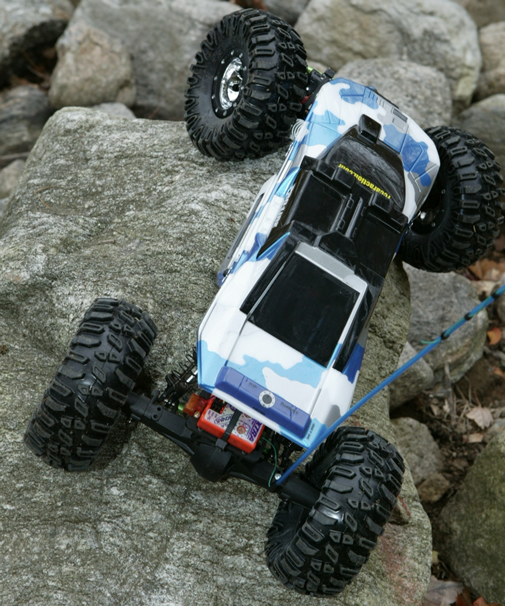 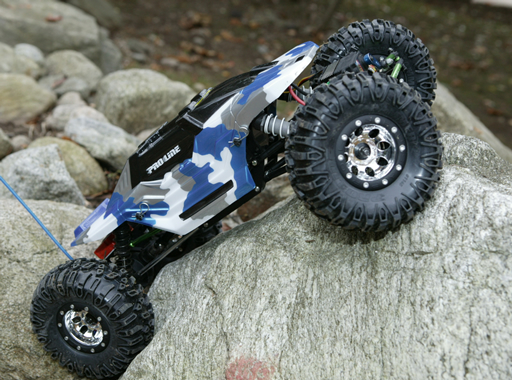