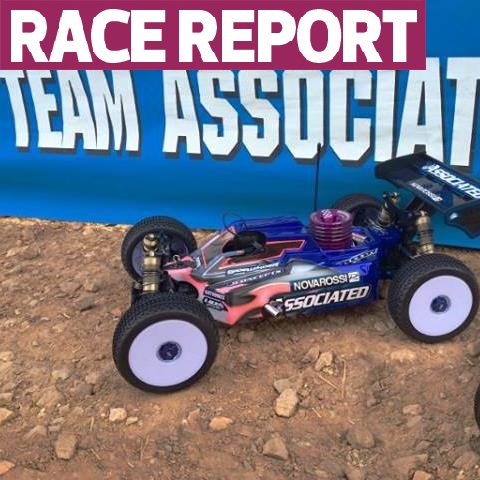 It’s that time again – time for the fastest nitro off-road racers in the world to fill up the city of Phoenix, AZ for one of the largest and most prestigious races on the calendar. The 15th Annual DNC will once again host in upwards of 600 entries spread out across various 1/8-scale buggy and truck divisions with two satellite tracks running 1/10-scale short course (plus gas truck!) and 1/5-scale buggy and truck programs to make this the biggest and most diverse RC event anywhere. The race draws so many entries, in fact, that even the main events are split – with truck classes qualifying on Thursday and finishing on Saturday, while buggy drivers qualify on Friday and run their main events into Sunday evening.

The Dirt’s Joey Christensen once again used every inch of real estate available at the Fear Farm to craft this masterpiece. The fastest pro drivers were turning sub-45 second laps in the first round of Pro practice.

The highlights of the race, of course, are the Pro Truck and Pro Buggy divisions – won last year by Ty Tessmann (Hot Bodies) and Ryan Maifield (Team Associated), respectively. It wasn’t the first win for either of them at the event, of course, and both have to be the odds-on favorites heading into this weekend. 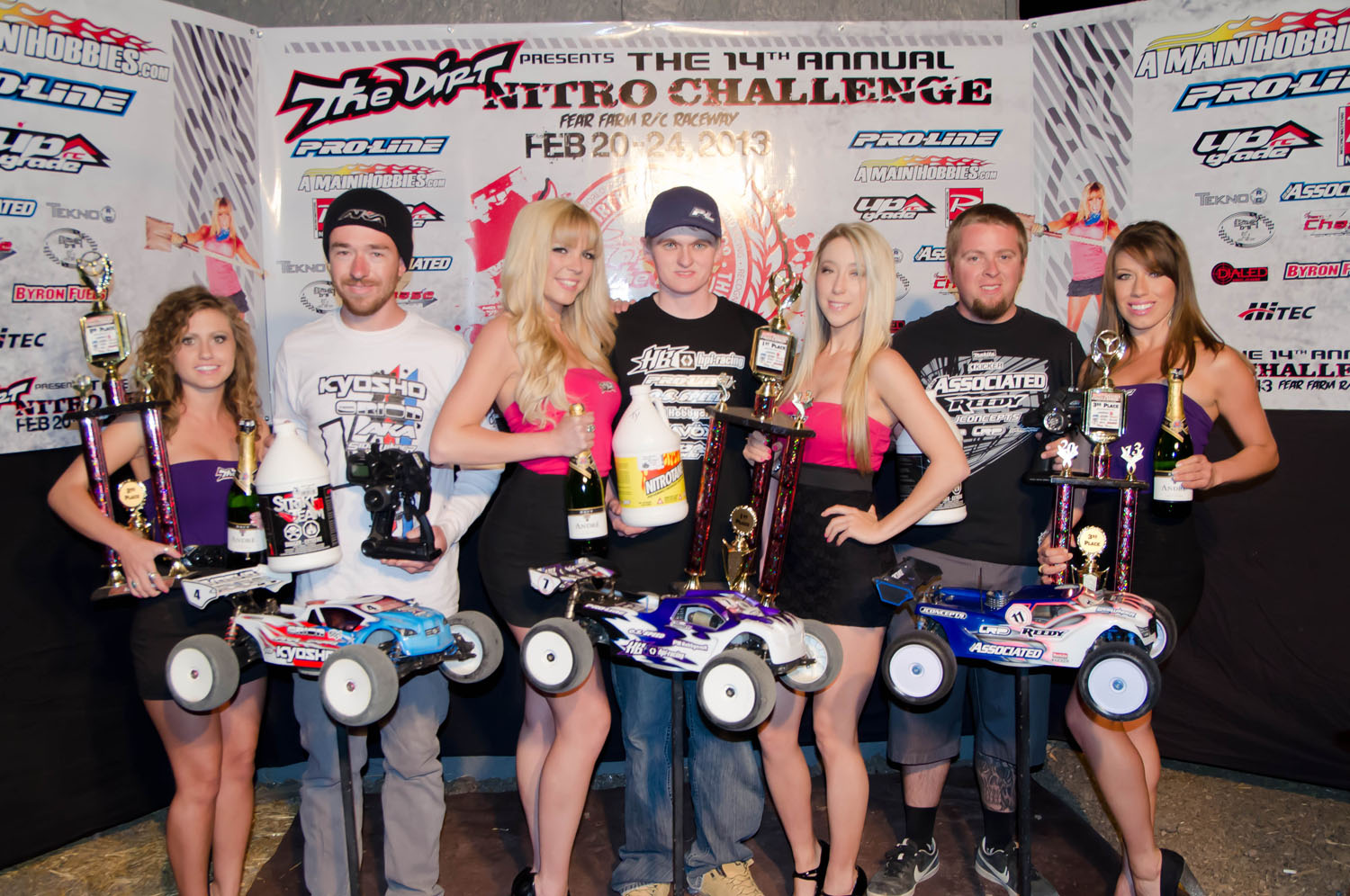 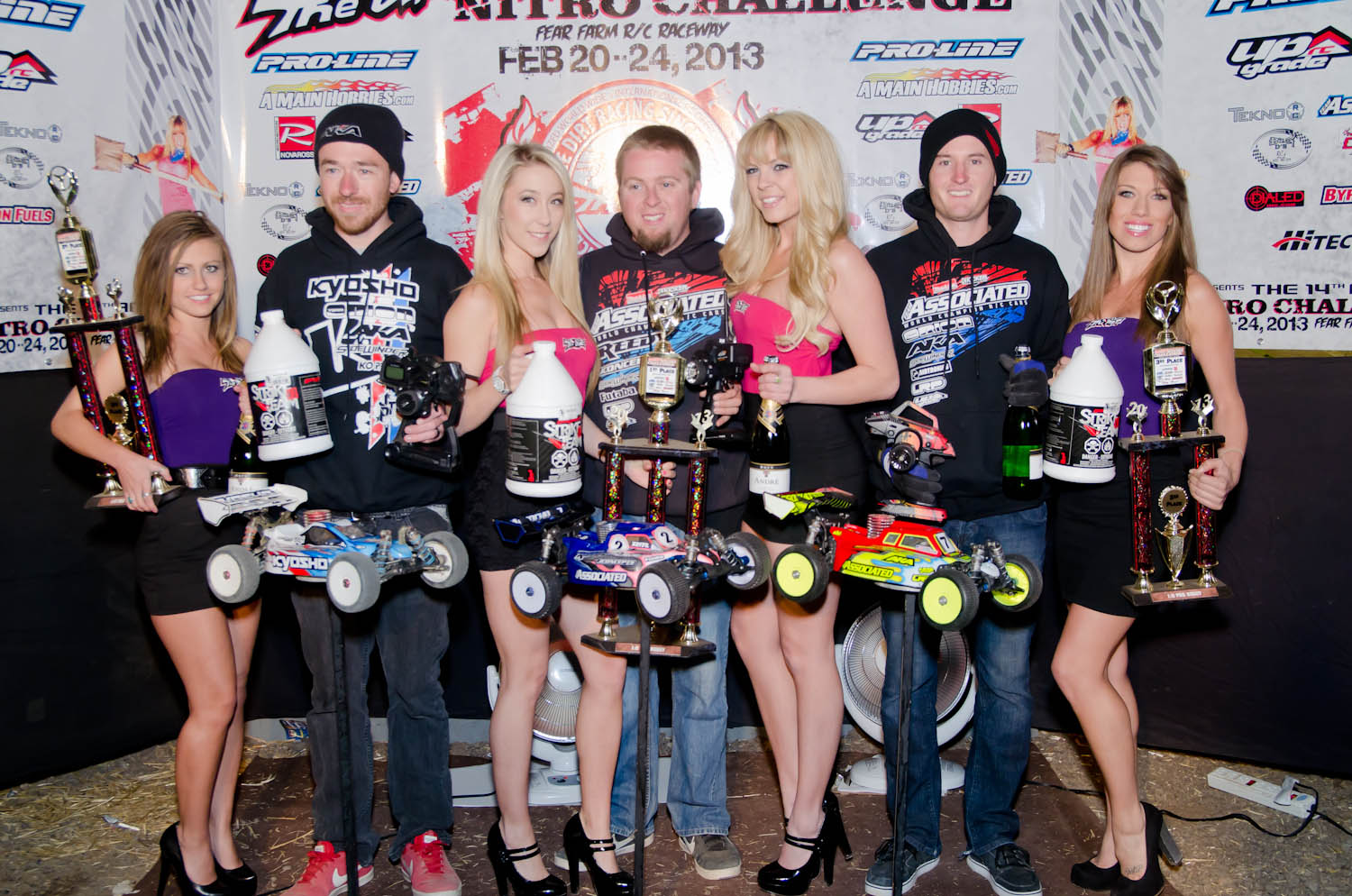 The cars and trucks hit the track for the first time on Wednesday, the only day of the week that the racers will have to focus on both truck and buggy, and the biggest news was from Team Associated – who is competing with a new RC8-based prototype at the event. 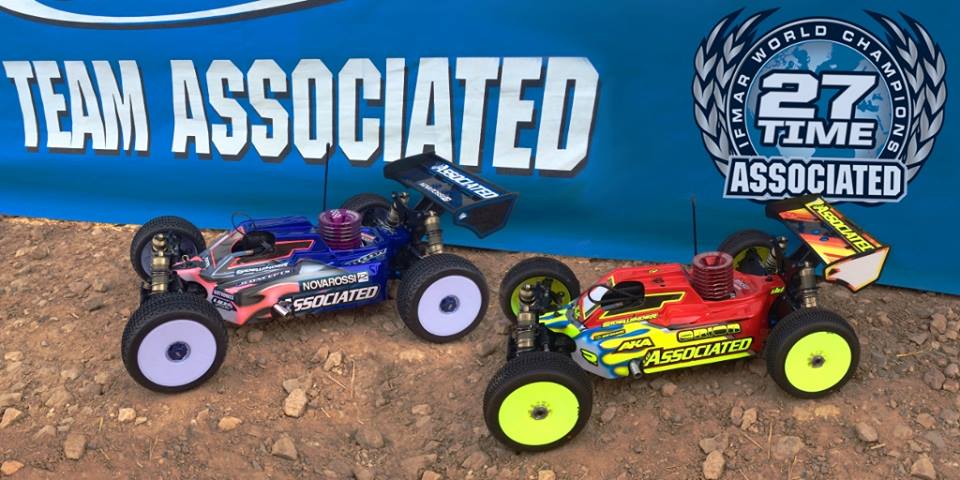 Aside from what looks like Kyosho shocks and a longer wheelbase, it’s tough to see yet what AE is working on under the hood of Maifield’s and Cavalieri’s prototypes. Note the Novarossi engine in Maifield’s car (left) – a first for the defending champ, who signed a deal for 2014.

We might not have any insight on the new RC8 yet, but JConcepts did post this video of the first Pro Truck practice run for Ryan Maifield on Facebook: 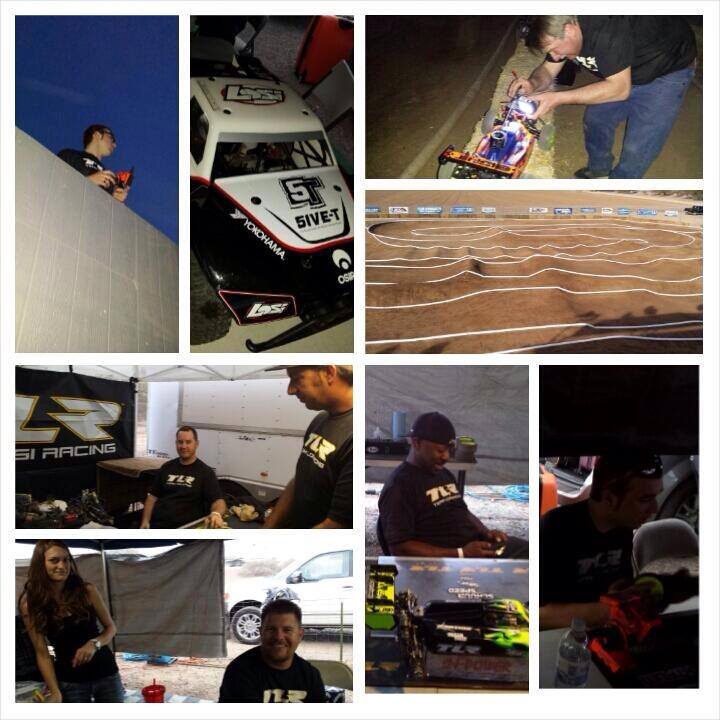 The TLR team pits were all smiles yesterday, while Dakotah Phend and his father took the opportunity to tune his Team Orion engines in preparation. 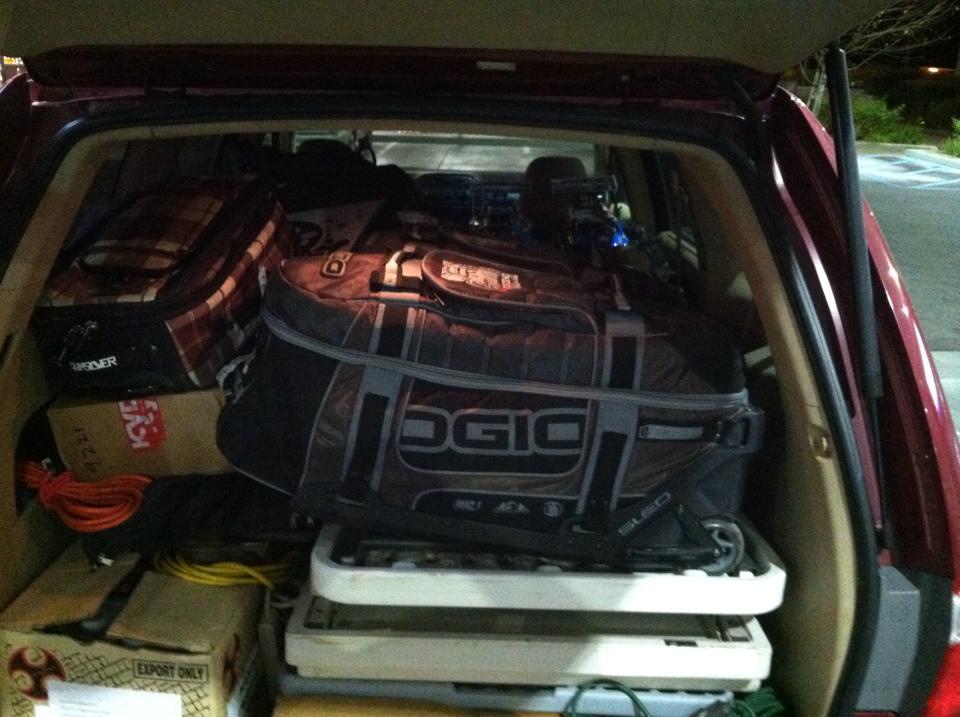 Kyosho team manager Joe Pillars posted this photo of the Kyosho team van leaving Kyosho America headquarters yesterday, with the gear for him and Jared Tebo – after all, they’re going to be there for nearly a week! 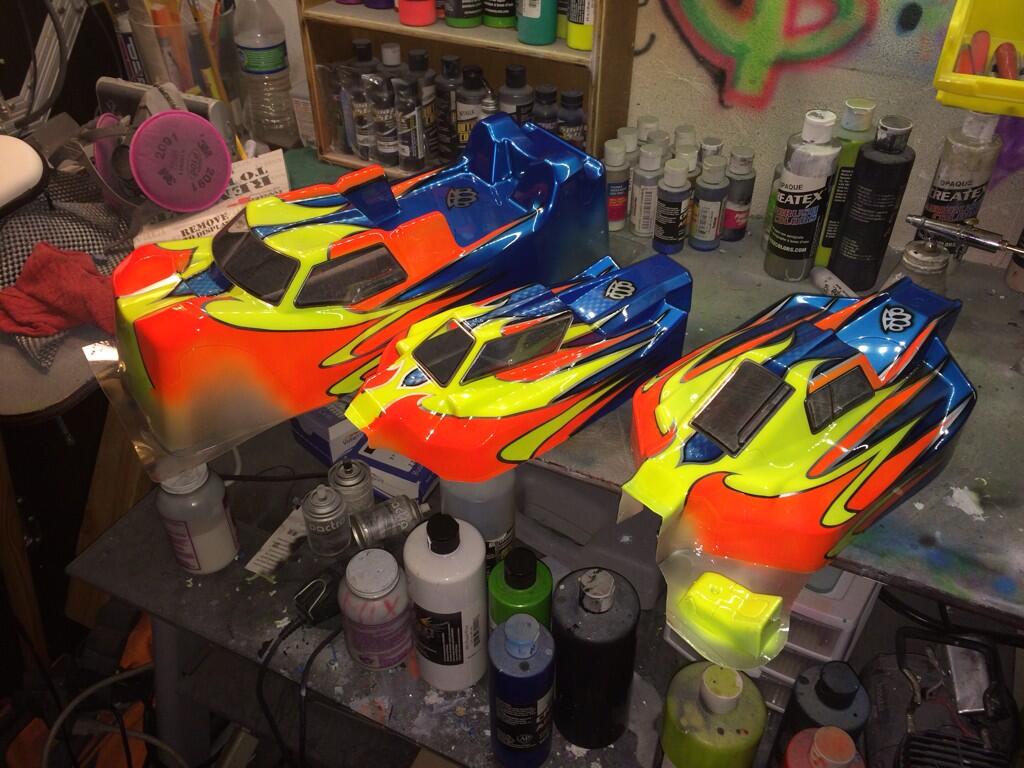 Former double winner Mike Truhe will be hitting the Arizona turf with his new Serpent vehicles for the first time this weekend – which meant, of course, getting some new bodies painted up. Check out the lid for his electric buggy! 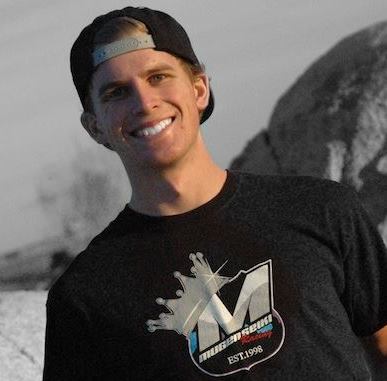 Carson Wernimont has made the finals at the DNC before, with Team Durango, but switched to Mugen Seiki for 2014. How will he do with the new car and truck? 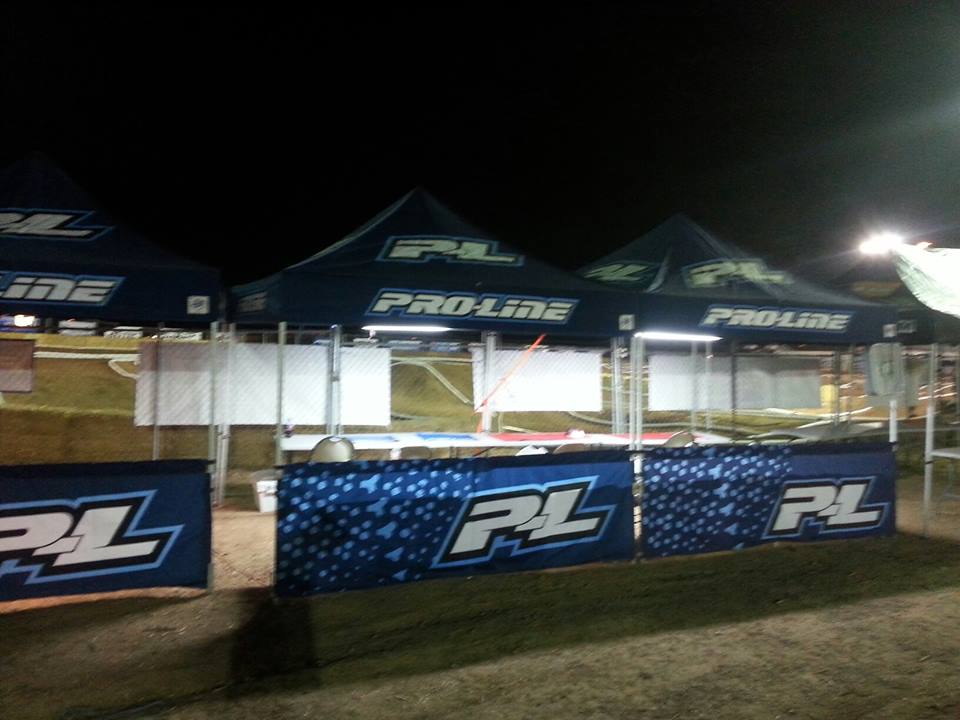 Pro-Line was among the teams who arrived Tuesday evening to set up their pit areas ahead of today’s practice day. Word is that they’ve got a new Lexan lid, spotted on Ty Tessmann’s Hot Bodies. We’ll find it as soon as we can! 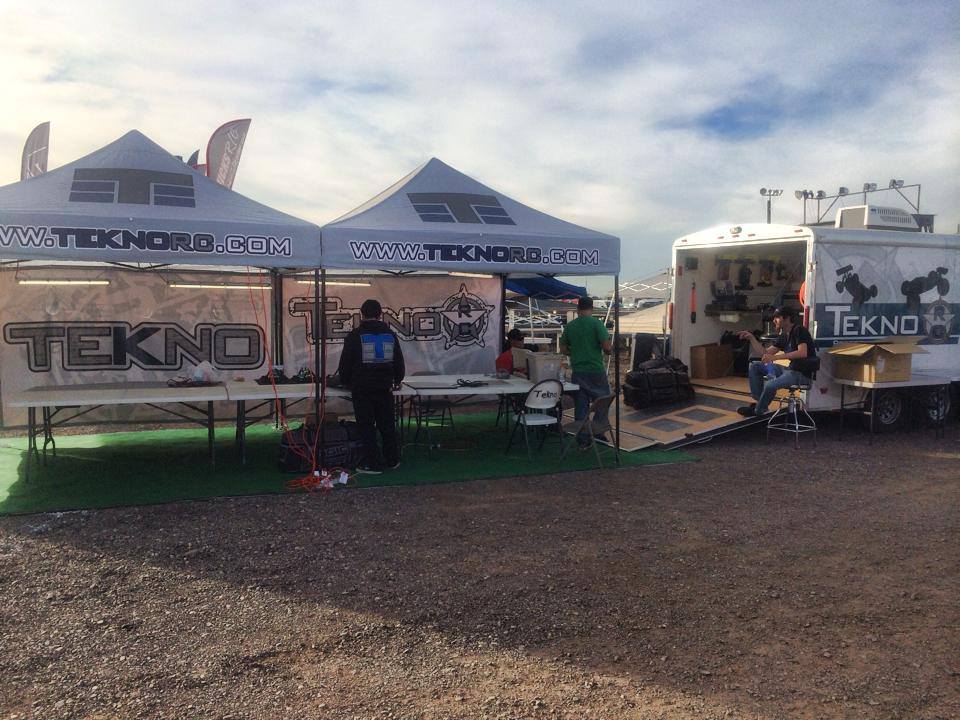 Tekno RC also made the trek early, arriving mid-day Tuesday. It’s the first DNC for their new NB48 and NT48 nitro vehicles – and it’ll be interesting to see how they stack up against the more experienced teams. 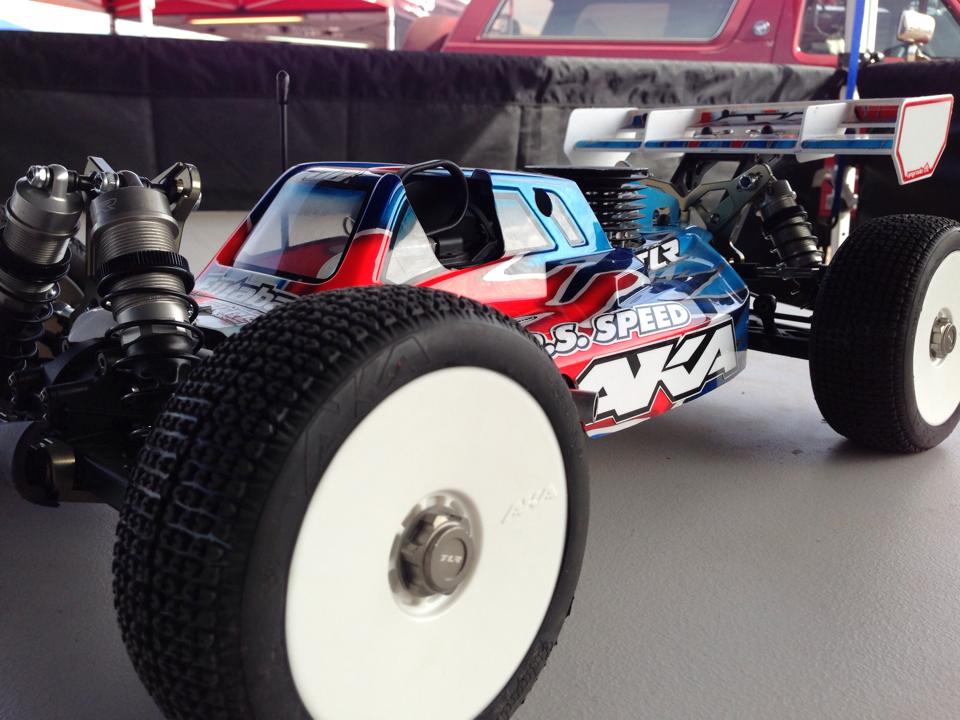 Not only is Mark Pavidis’ TLR 8IGHT 3.0 wearing a new body, but that’s AKA’s new Catapult tire glued up as well!