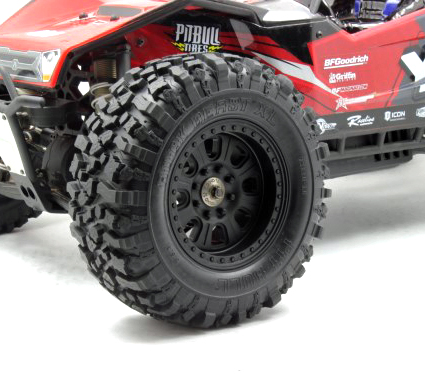 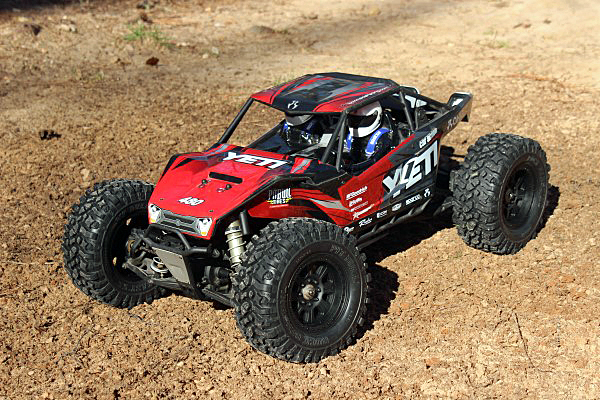 We tested Pit Bull’s 2.2” Rock Beast II tires in our October 2015 issue, and since then the trail-ready rubber has been joined by a new 3.8” version for the Axial Yeti XL—or any other rig that wears 3.8” rims such as the Traxxas T-Maxx and HPI Savage. Like Pit Bull’s 1.9” and 2.2” Rock Beasts, the XLs feature an aggressive tread pattern borrowed from Pit Bull’s Rocker LT full-size truck tires. The sidewall lettering and tread siping of the full-size tires are duplicated in scale, and the tires come in pairs and foam inserts are included, so all you need is a new set of rims to complete the install. Inside the carcass, ribbing along the top and bead portions of the tire add support. Pit Bull offers the tires in only one compound, dubbed “Zuper Duper.” It’s a soft/medium firmness rubber that feels about as soft as you would want to go for a truck of the Yeti XL’s weight (or monster trucks that take 3.8” tires). 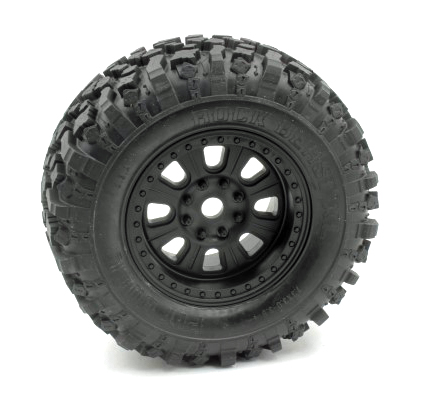 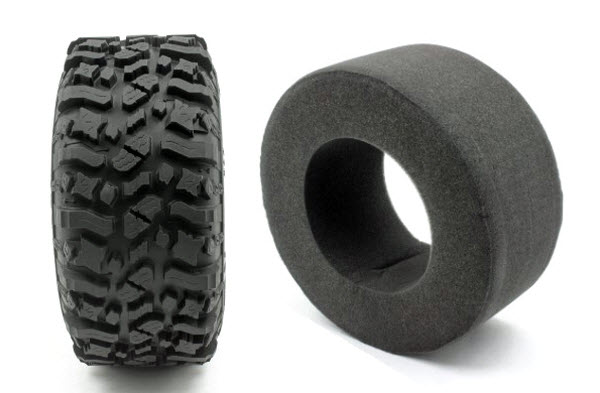 Testing
Lots of tires look realistic, but the Rock Beast XLs even smell realistic. Pit Bull makes full-size tires and it appears some of that full-size rubber has made its way into the XLs. Installation on the stock Axial wheels was easy, and the firm inserts do a good job of filling the tire. No matter where I squeezed, the tire was well supported. The tread pattern is deep and the lugs have a little give when you run your fingers over them. After installing the tires on the wheels and gluing them up I was impressed with the look on my Yeti XL; you can’t beat that realistic and aggressive tread pattern. Outside, the Rock Beast XLs were right at home in the loose dirt sections around my house. The large lugs flexed and dug in well and launched the big buggy with roosts of dirt and a pair of trenches left in their wake. On hard-packed dirt where most cars slip and struggle for traction, the tires and the Yeti XL’s 13-pound heft provided more traction than I was used to. At my favorite bash spot, the Yeti felt planted over rocks and roots, and the edgy tread pattern easily dug in to lift the Yeti out of ruts. Steering was improved with the Rock Beasts, with no sign of laziness like you would normally find in a tire with a sidewall this tall—the firm inserts and internal reinforcing take credit there. On the rocks, the tires felt right at home, as they should since they are modeled after a full-size rock crawling tread. There was plenty of grip and the Zuper Duper compound allowed good deformation over obstacles without compromising support for trail running at higher speeds. 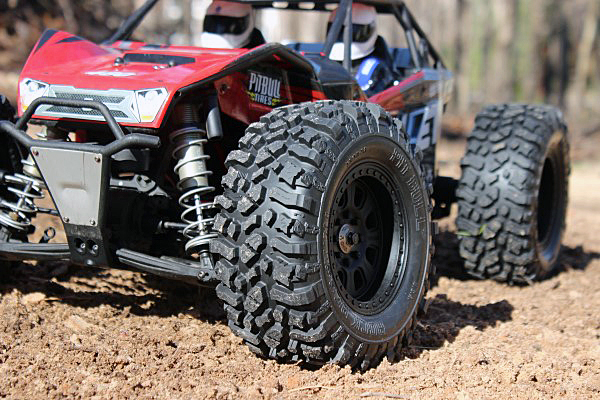 The Yeti XL already has an aggressive look and the Pit Bull tires complement it well. The treads worked well on every surface that they touched during my test session.

MINUS
– Pricey
– Only one compound available

Final Word
The Pit Bull Rock Beast XL tires are a great replacement tire for the Yeti XL and monster trucks with a 3.8 inch rim size. They have a realistic scale look, mount up easily and perform well in a variety of terrain. They’re a bit pricey at $50 a pair, but you do get what you pay for here. I’d like to see Pit Bull offer at least one more compound choice, perhaps a harder rubber for drivers who like to hit the street in fromt of the house as much as the dirt. But for me, the Zuper Duper compound was just right and I look forward to more time in the dirt with the Rock Beast XL tires.