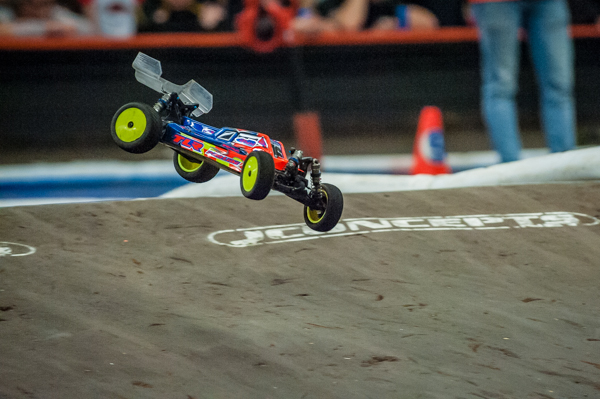 The Reedy Race of Champions is one of the most prestigious events on the calendar and one that not only garners respect from the fans, but from the other drivers as well. Getting the overall win can catapult a driver’s career and establish a mark in the history books. This year saw the battle for the lead change in dramatic fashion. It was definitely not a runaway points race between a couple of drivers, but an amazing clash between some of the best drivers in the world with anyone from the top ten having a realistic chance at top honors. With one round left to contest, it was TLR’s Dakotah Phend who was sitting in the best position, and he didn’t miss his opportunity. Starting mid pack, he charged to the front with authority and stayed there all the way to the checkered flag. The win was wrapped up. However, there was still a big fight for the remaining podium spots and with one race left, Maifield struck and struck hard, moving to the front and taking the win leaving Rivkin to take the final spot on the podium. Tebo who then take fourth place honors with Steven Hartson in the fifth spot. Amazing, exciting and worthy of a true Reedy Race of Champions. 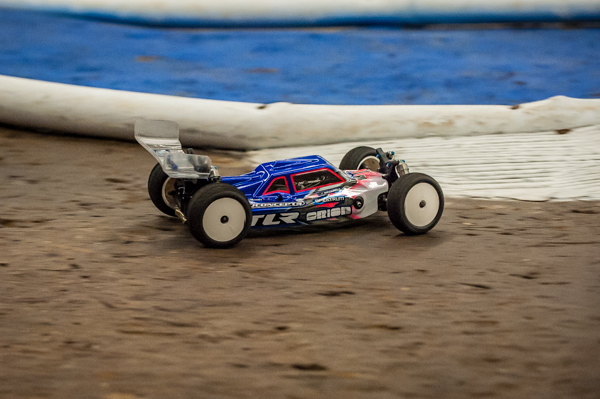 Ryan Maifield wasn’t able to repeat his overall win from 2015, but still took the second place spot in impressive fashion. 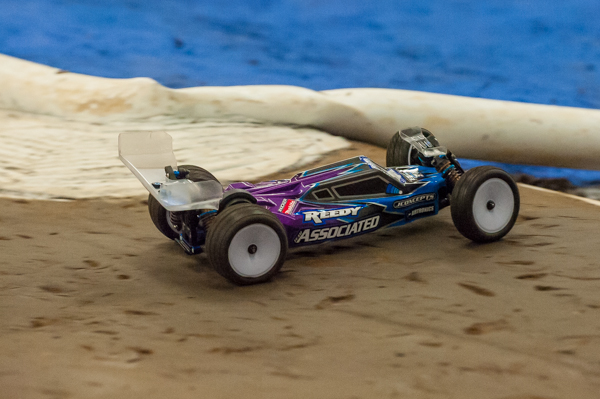 Current IFMAR 2WD World Champion Spencer Rivkin is showing that his talents are a serious threat at any event. 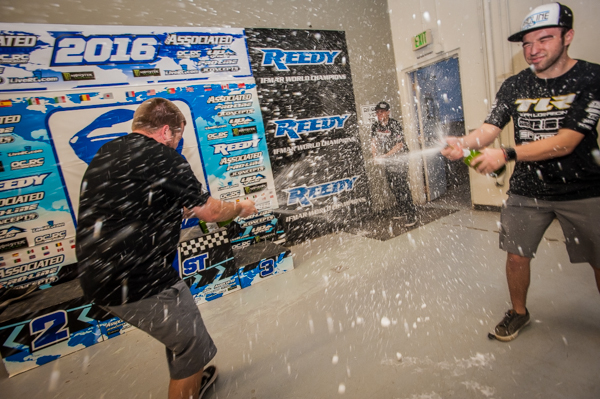 Champagne celebration at the 2016 Reedy Race of Champions 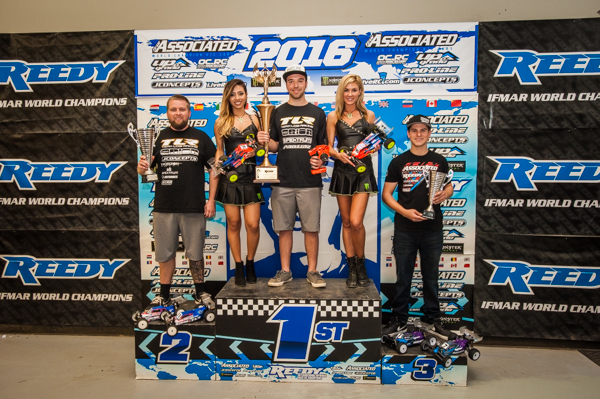