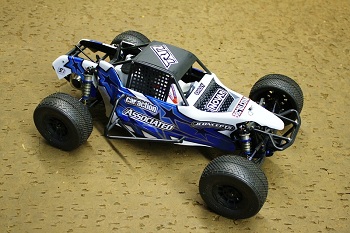 In the past, the only replacement body choice for Team Associated’s RTR SC10B was the factory-issued shell, but JConcepts now lets you give your cage-car a new look with their Escape body which is custom fit for the SC10B. 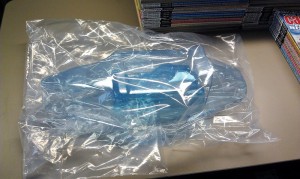 The Escape body is molded in two pieces, each with protective overspray film.  The main body and rear fender skirts are molded together, and the driver’s cockpit is a separate component.  The body features a reversed hood scoop to provide more air relief, a tighter fitting design to eliminate “gaps” between the body and chassis, side ducts, and raised number plates that fit behind the roll cage.  The cockpit features a molded steering wheel, gear shift, driver’s suit, and seatbelts. 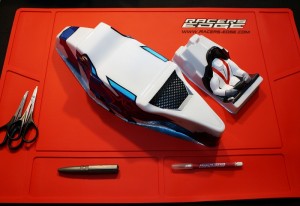 I shipped the Escape body to Zegers RC Graffixx (http://www.zegersrcgraffixx.net) for a pro paint job.  The parts arrived a few days later and the paint really brought out the body’s styling and detail, especially in the driver’s cockpit. 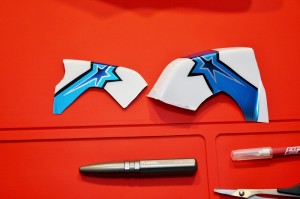 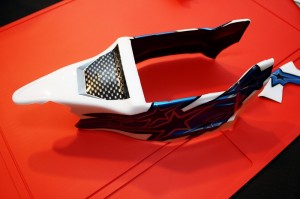 I trimmed the body along the provided cut lines and reamed all the mounting holes.  First I removed the rear fender skirts, then trimmed out the inside of the body where it fits around the SC10B’s roll cage. Then I lined up the holes for the external nerf bars. Clear indicators show where to trim, ream, etc. during the entire assembly process. The parts needed for the nerf bars and roll cage are reused from the SC10B, or you can purchase the Associated parts separately. 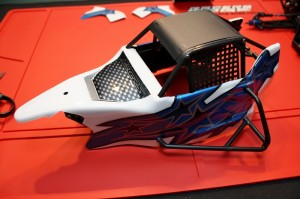 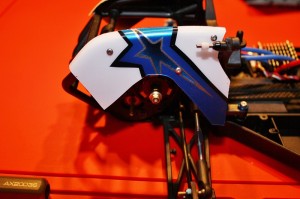 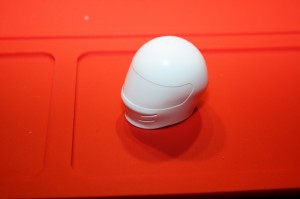 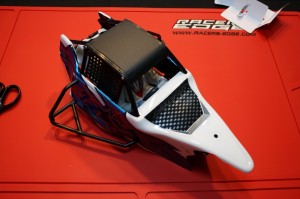 To complete the body, I trimmed the driver’s cockpit, installed the driver’s head, and mounted it to the underside of the main body. The Escape does not include the drivers head. You can re-use the one supplied with your SC10B, or if you prefer to install a fresh driver’s head, order Associated part number ASC91217. 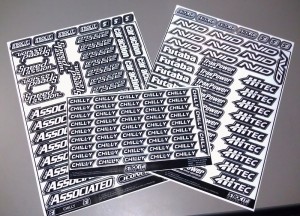 All that was left now were the decals. I applied the included JConcepts stickers, as well as a fresh set of Associated SC10B decals. For the finishing touch, I added S1 Pro Name and S1 Pro Factory decals courtesy of Stickit1Racing (http://www.s1racing.net). 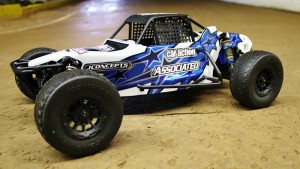 I ran the Escape body at Round 3 of the Short Course Showdown Nationwide Tour, and it looked sharp and performed well.  Unlike a short course truck body, I didn’t have to add any vent holes or other modifications to improve performance when traveling through the air.  The body was a nice, snug fit around the chassis, and that combined with the tapered sides helped to reduce drag.  The raised number plates added a nice touch to the overall look, and despite my many crashes the lexan held up with any cracking.

So in conclusion, the Escape body is an excellent alternative to SC10B’s stock body and it definitely stands out from the rest of the pack.